May home sales fell 7.4 per cent, but on pace for record level this year: CREA

Home sales across the country are starting to slow from highs seen earlier in the year, but the Canadian Real Estate Association still expects the number of transactions during 2021 to set a new record.

The association said Tuesday that May’s 56,156 sales were a 7.4 per cent drop from April’s 60,638 and month-over-month sales declines occurred in close to 80 per cent of all markets. 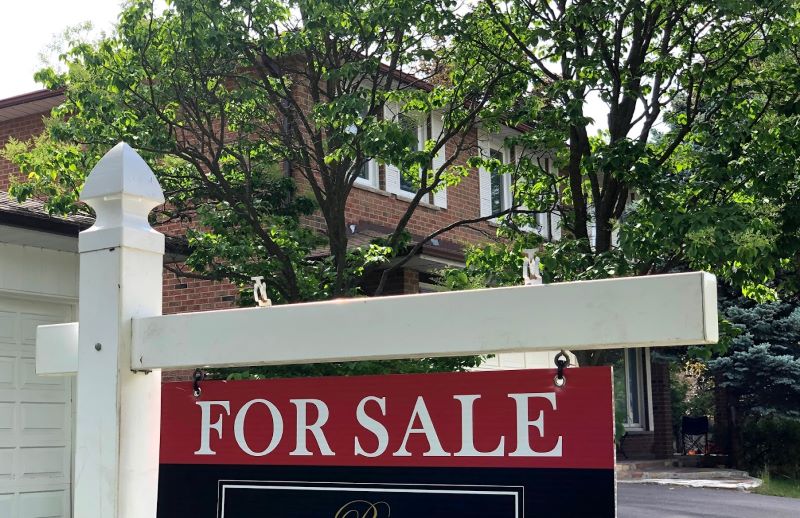 The number of transactions in May was a significant drop compared with a year ago, when the COVID-19 pandemic was spreading rapidly through the country, but the association expects sales to edge toward more typical levels through the latter half of 2021 and into 2022.

CREA chair Cliff Stevenson attributed the slowing sales numbers to higher prices, a lack of supply and a general malaise spreading in many markets. 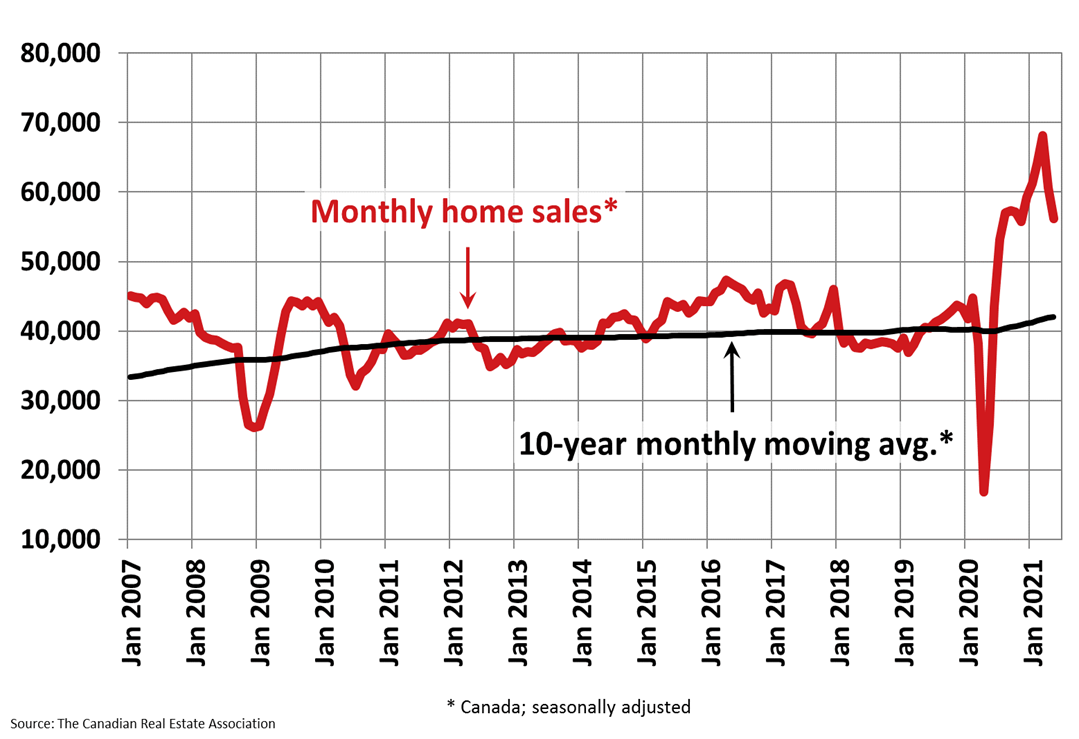 “More and more, there is anecdotal evidence of offer fatigue and frustration among buyers, and the urgency to lock down a place to ride out COVID would also be expected to fade,” he said, in a release.

CREA believes the declines in sales will be largest in B.C. and Ontario, where pre-pandemic bidding wars and soaring prices became even more intense during the health crisis.

It said these declines will create a “Simpson’s Paradox,” where the average price in every province will experience a larger year-over-year increase than the national average because sales will shift away from the most expensive provincial markets.

When the Greater Vancouver and Greater Toronto areas are removed from that calculation, the average price sank by nearly $140,000, CREA said.

Listings were down in about 70 per cent of markets with the Halifax-Dartmouth region seeing a 32.4 per cent decline compared to April, the biggest drop seen across the country.

The smallest decreases were in Greater Vancouver, Saskatoon, Regina, Trois-Rivieres and Sherbrooke, which were down by less than one per cent each.

He attributed the cooling materializing nationally to a combination of buyer fatigue, five-year fixed mortgage rates edging up, policy measures like the bump in the mortgage qualification rate and the stampede out of out larger cities that Canada saw as companies increasingly allowed remote work.

“Home sales have backed off from extreme levels seen in recent months, but current activity is still historically strong and fostering outsized price growth,” Kavcic wrote in a note to investors.

“We believe that sales activity will continue to gradually cool in the year ahead, but it’s going to take higher interest rates to soften the market in a meaningful way.”

This report by The Canadian Press was first published June 15, 2021.

CMHC says annual pace of housing starts rose 3.2 per cent in May compared with April