SAINT JOHN, N.B. –  The mayor of Saint John, N.B., is getting a flood of responses after issuing a social media plea for people tired of long Toronto and Vancouver commutes to move east. 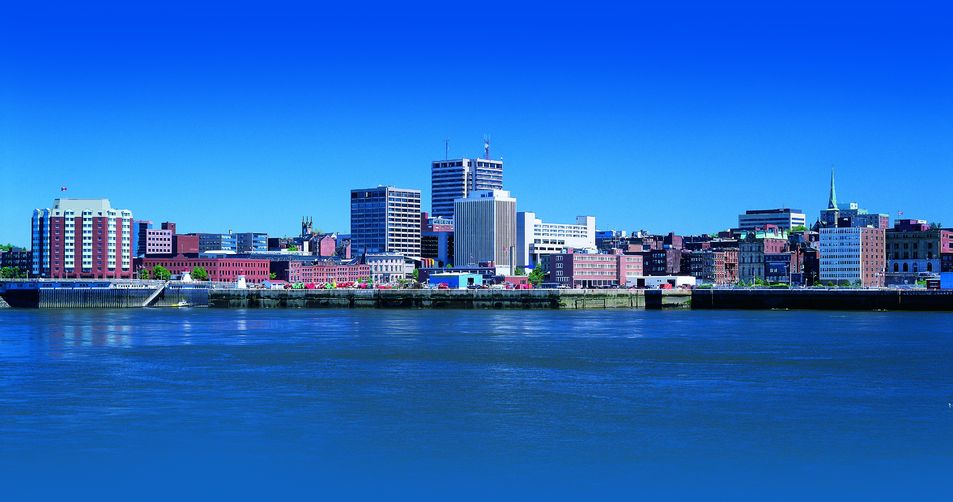 “Hey Toronto and Vancouver, move to Saint John NB, we have jobs, you can buy a house for well under 200k and our commutes are measured in minutes. Contact me and I will share with you how much I love my city and how much we want you,” he posted.

Darling said he suddenly started getting calls and emails this week after the post jumped to the front page of Reddit with more than 100,000 views and nearly 1,000 comments by Thursday afternoon.

“This thing has exploded. It’s pretty exciting times for us,” Darling said. 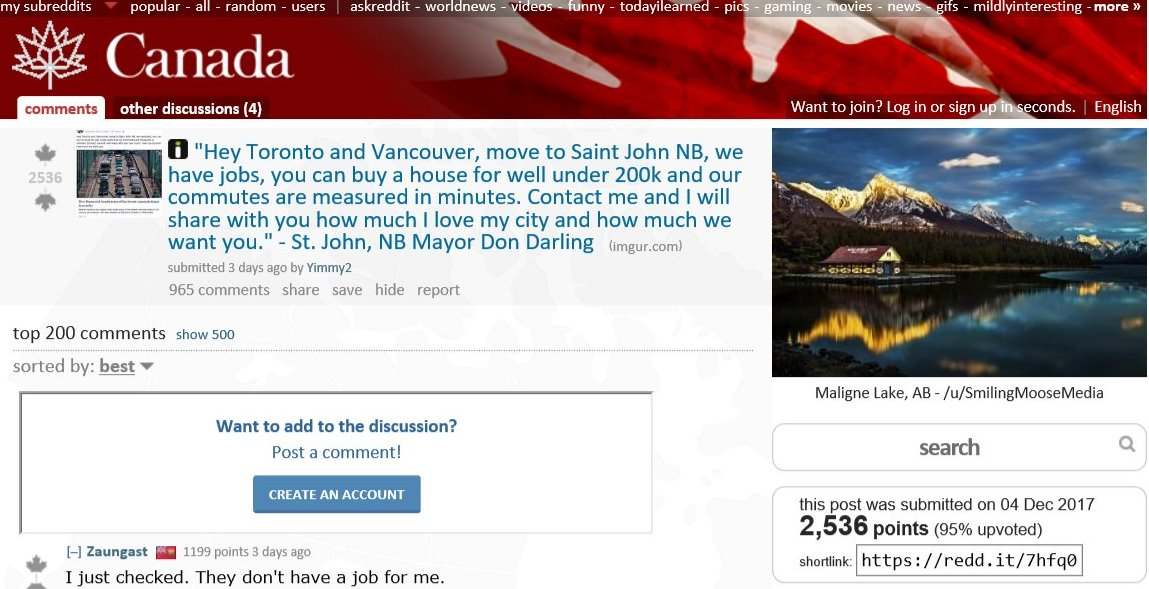 Darling said he’s ready to tell everyone what his city has to offer.

“We measure our commutes in minutes. Traffic is several cars, not several thousand cars. We have more than 500 open jobs,” Darling said.

Actually if you live Uptown and work Uptown, you commute will be 5 minutes by foot and the quality of life you're looking for is available now in @cityofsaintjohn . #movehere #livenow https://t.co/i7VG9AfOUI

“There are people right now in Toronto, in Vancouver, and other big cities that are not living the quality of life they’d like to have, and we’ve got it here,” he added.

“The quality of life is so much better, for my family, than it would be if we were stuck living in an apartment in a big smoggy city somewhere. We paid $150k for our 1,200 square foot cottage-style house, and we have a nice-sized front and back yard to go with it,” wrote one person.

The once-affluent city had been depending on the Energy East pipeline for an economic boost, and Darling told reporters in October after it was cancelled that he was disappointed and frustrated.

The port city has some lovely neighbourhoods, and its graceful Uptown district draws thousands of cruise ship visitors and other tourists. But it also has high levels of poverty, and multiple vacant and abandoned buildings.

“We looked at moving to NB for a long time as we have family out east. My husband is a programmer and I’m in corporate communications in the financial industry. There were zero jobs for us. We looked for jobs for about two years,” one woman wrote.

Darling agreed not everyone will find the kinds of jobs they are looking for in Saint John, but said some sectors such as IT and health care are scrambling to find skilled employees.

Realtor Jason Stephen said he has had many clients who have left big cities to give their families a better lifestyle in Saint John –  he mentions one defence lawyer who decided to move his family from Toronto.

“He felt he could never get further ahead in Toronto under the pricing that it was costing to get what he called inferior housing there, compared to what he could get here. So he bought a nice two-storey home with a half-acre lot and lots of space,” Stephen said.

But he said people need to understand that while people can get a good deal on a home in the Saint John area, they shouldn’t expect the kinds of price increases seen in Toronto or Vancouver.

Darling said his staff is using spread sheets to record the names of everyone inquiring about the city, hoping to respond to each one with the information they’re seeking.

Still, the mayor concedes Saint John won’t be for everyone.

“But, if we could get a small percentage of the people to give us a shot and come here and give us a chance, I’m pretty confident that once they’ve come here they’re going to love it,” Darling said.

–  By Kevin Bissett in Fredericton