The Canadian Real Estate Association says home sales across the country saw their largest month-over-month increase since July 2020 in October, even as new listings fell by about 20 per cent from a year ago.

The association says seasonally-adjusted sales reached 53,746 last month, up about nine per cent from 49,485 in September. 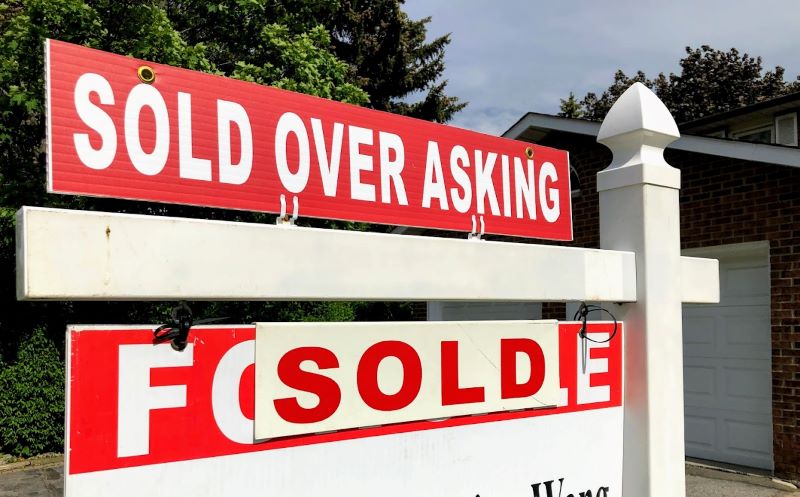 Realtors and economists interpreted the year-over-year drop in sales along with the shrinking inventory levels and rising prices as a sign of further market tightening.

While buyers rushed to buy properties at the end of last year, even as COVID-19 restrictions ruined their holiday plans and kept them physically distanced, this year is shaping up to be different.

“Buyers are very discouraged, very tired, and they just feel like they’re constantly being priced out,” Nasma Ali, a broker with Remax Hallmark Realty, said.

“A lot of buyers are starting to say maybe it’s not in the books for us this year, and maybe we should take a break and start looking in the new year.”

They’re discouraged because fewer homeowners are willing to put their homes on the market.

“The people who do want to move up are crippled because they can’t find anything to move to until they can sell their house,” said Ali. 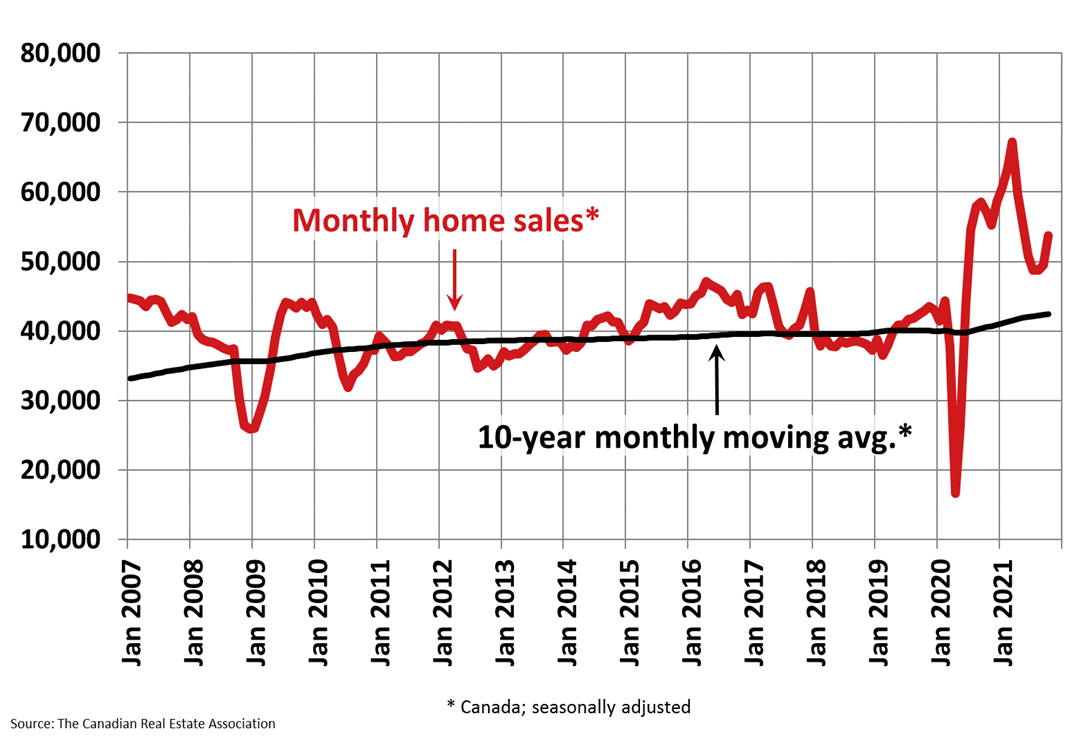 “Canada continues to contend with one of the developed world’s most severe housing shortages,” she wrote in a note to investors.

“As our borders open to a resurgence of immigration, excess demand for housing will mount.”

That could lead to sellers fetching even higher prices than they experienced last month.

Excluding the Greater Vancouver and Greater Toronto Area from that calculation cuts more than $155,000 from the national average price.

“The Canadian housing market is well overdue for higher rates, and momentum is still pointing upward until it gets them,” he wrote in a note to investors.

He saw the October numbers as a sign of the market being “fully firmed up” after a “slowing” in the summer.

“The market is still drum tight, and demand is still feasting thanks to low mortgage rates, a strong job market, expectations of continued price gains, and probably some additional activity ahead of mortgage rate hikes (especially for those with a contract in hand),” he said.

Ali sees some of the buyer exhaustion easing up at the start of the new year, especially if rates remain low, but she believes supply will still be hard to come by for months.

“January, February there are going to be way more buyers and we will have all the people that are tired and fatigued now coming back in January and February and we still no inventory,” she said.

“So it’s not going to get better in January, but I think in spring, when there’s more inventory, it will get a little bit better.”

This report by The Canadian Press was first published Nov. 15, 2021.