The Quebec Professional Association of Real Estate Brokers (QPAREB) has just released its residential real estate market statistics for the Montreal and  Quebec City Census Metropolitan Area (CMA) for the month of August. 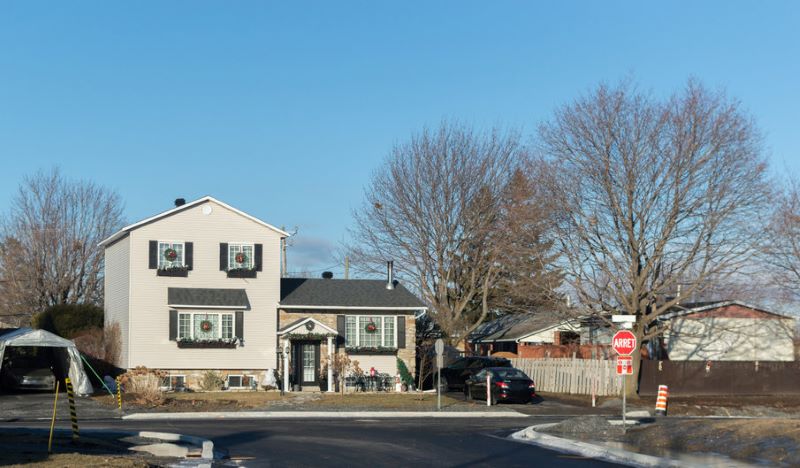 According to the report, a total of 3,372 residential sales transactions were concluded in Montreal. This marks a 30 per cent decrease compared to August of last year, thereby reinforcing the downward trend in sales that has been evident since early spring.

Sales on the Island of Montreal fell by 27 per cent compared to August of last year. For a third consecutive month, single-family homes registered the largest decrease in sales at 39 per cent.

All three main property categories registered a drop in sales compared to August of last year. Sales of single-family homes fell by 37 per cent, while sales of condominiums decreased by 28 per cent. Plexes were less affected by the August slowdown, as transactions fell by only 4 per cent.

The supply of residential properties on the market continued to shrink in August, with 10,238 active listings on the Centris system. This represents 20 per cent fewer properties than in August of last year. In terms of year-to-date statistics, the number of properties available for sale in the CMA tumbled by 20 per cent, a phenomenon accentuated by low levels of new listings that have been ongoing for several months now.

The Montreal real estate market is still showing significant overheating conditions, but the proportion of sales concluded above the asking price has weakened over the past four months.

“The downward trend in sales continued in August, and can be explained by several factors combined. These include a historically low inventory of properties for sale and a more typical summer season in terms of sales (as opposed to last year when sales were exceptionally high due to the fact that the market was on pause during the spring). Also, year-to-date sales have increased by only 11 per cent compared to last year,” said Charles Brant, director of the QPAREB’s Market Analysis Department.

In Quebec City, the number of transactions concluded fell in August (-29 per cent), as 589 sales for a third consecutive month. In the first eight months of the year, sales grew by only 5 per cent compared to the same period in 2020. In August, geographically, the South Shore of Quebec City experienced the most significant slowdown in the region (-47 per cent). The Northern Periphery and the Agglomeration of Quebec City also registered notable decreases in sales (-40 and -20 per cent, respectively).

Three hundred and forty-three single-family home transactions were concluded in the Quebec City CMA in August, a 38 per cent decrease compared to August of last year and the largest drop among the three main property categories. Sales of condominiums fell by 10 per cent while plex sales decreased only slightly from a year earlier, at 3 per cent.

The supply of residential properties for sale continued to contract in August, dropping a substantial 39 per cent compared to August of last year. This was mainly due to an insufficient number of new listings on the market.

From January to August, active listings fell 46 per cent compared to one year earlier, contributing to the tightening of market conditions that has been observed for several months now. This tightening is mainly observed in the single-family home segment, where inventory represents only 3.2 months of sales.

The median price of single-family homes continued to grow in August, reaching $310,000, a 13 per cent jump compared to August of last year. Condominiums and plexes also saw their median price increase, by 9 per cent and 7 per cent, respectively, reaching $216,000 and $342,000. From January to August, price increases reached 16, 8 and 13 per cent, respectively, for single-family homes, condominiums and plexes with two to five units.

The CCSA addresses opioids in the trades and construction industry