Montréal CMA Records Most Active Month of December on Record

In total, 3,533 residential sales were concluded in December 2019, a 26 per cent increase compared to December of last year. 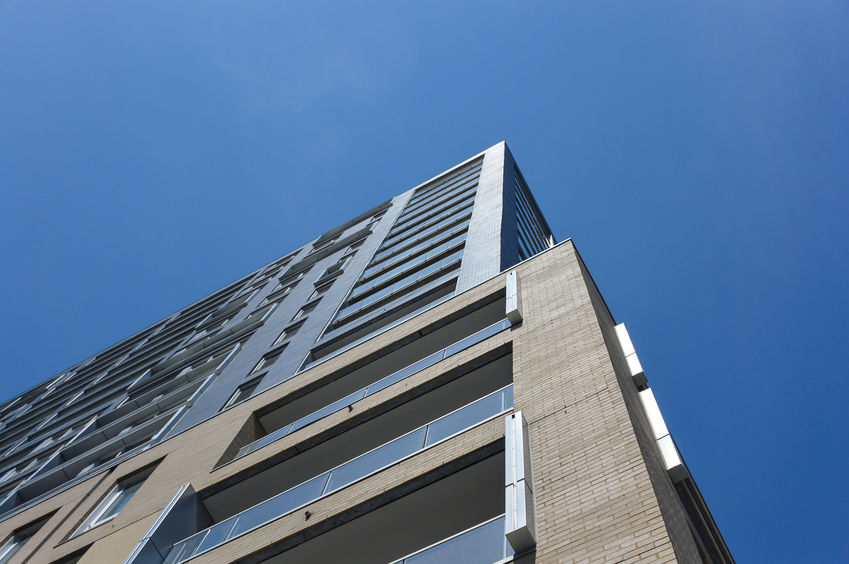 “Montréal’s residential real estate market had an exceptional year in 2019. Momentum continued into December as sales jumped by 26 per cent, thereby suggesting there will be a dynamic start to the year 2020,” said Julie Saucier, president and chief executive officer of the QPAREB. “The real issue is the constant and widespread drop in active listings in all sectors of the city, which further accentuates the already significant pressure on prices,” she added. 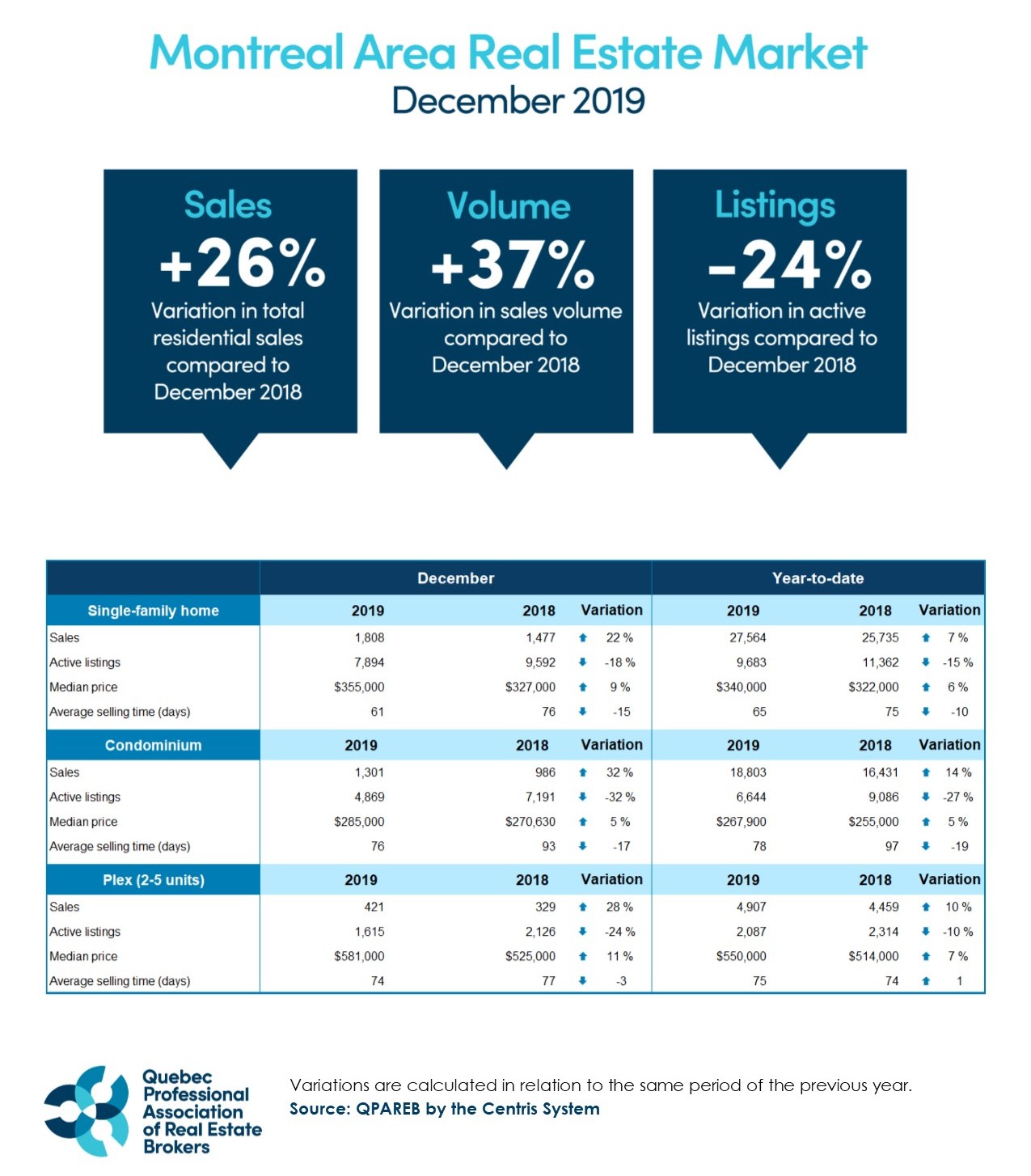 The condominium segment maintained its lead as sales of this property category jumped by 32 per cent. The 1,301 transactions that were concluded across the CMA represent a new sales record for a month of December. Once again, there were spectacular increases in the suburbs: +51 per cent on the North Shore, +49 per cent in Laval and +40 per cent on the South Shore.

Sales of single-family homes rose by 22 per cent and remain the most popular property category with a total of 1,808 transactions concluded in December.

Sales of plexes (2 to 5 dwellings) jumped by 28 per cent, with 421 transactions concluded in December. The last time sales were this high in a month of December was back in 2006.

The median price of single-family homes across the Montréal CMA stood at $355,000 in December, up 9 per cent compared to one year earlier. This increase was similar to those registered over the past three months.

The median price of condominiums stood at $285,000, a sustained increase of 5 per cent compared to December of last year.

The supply of residential properties for sale fell for a 51st consecutive month in December, as the number of active listings in the Centris system (14,440) was 24 per cent lower than it was in December of last year.  This decrease in active listings was particularly pronounced for condominiums (-32 per cent) and plexes
(-24 per cent).

Selling times continue to reflect market conditions that give sellers a definite advantage over buyers, for all property categories combined. The last time that selling times were this short in a month of December was back in 2002 for single-family homes (61 days, -15 days compared to December 2018) and condominiums (76 days, -17 days). The average selling time for plexes fell to 74 days (-3 days).