MONTREAL – Cranes crowd the Montreal skyline these days as a strong economy and political stability are fuelling a construction frenzy throughout the downtown core and beyond.

Although tame by Toronto and Vancouver standards, developers in Canada’s second-largest city are investing billions of dollars in new condominium and office complexes, along with retrofitting older buildings. 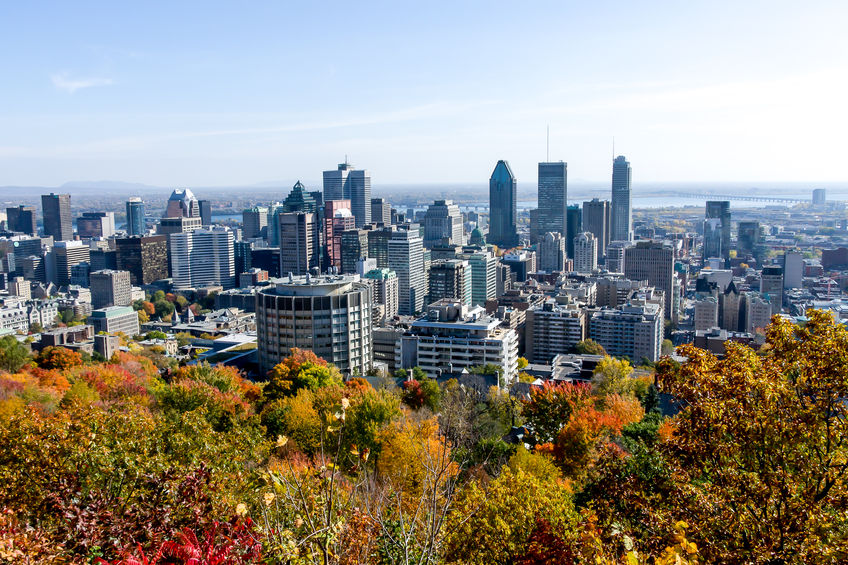 “Since 1976, this is one of the greatest times,” Mayor Denis Coderre said, referring to the year when the election of the separatist Parti Quebecois prompted an exodus of residents and businesses.

“There is right now 150 cranes representing $25 billion of investment in Montreal,” he said at the official launch of the second phase of the YUL twin tower and townhouse project that is sponsored by Chinese investors.

Ly, who arrived in Canada 29 years ago, said the downtown landscape has changed significantly in the past five years. The recent addition of direct flights between China and Montreal have attracted Asian investors who comprise 35 to 40 per cent of condo owners at the project’s first phase, he said.

Further evidence of the city’s construction boom can be seen along a short stretch to the Bell Centre where towers surrounding the home of the Habs are a symbol of the change that has been sweeping over the city.

A 55-storey glass building that will carry the famed Montreal Canadiens red and white logo has been launched after two previous towers featuring special access to the hockey complex were quickly sold out.

The project is part of a large development of residential and office buildings planned by Cadillac Fairview and its partner Canderel for Quad Windsor, an area near the historic rail station.

The association with one of sports’ most storied franchises is modelled after Toronto’s Maple Leaf Square and similar approaches in Los Angeles, Dallas and Edmonton.

Montreal trails Toronto and Vancouver in condominium developments partly because of the city’s historic preference for rentals.

Since many of the large residential projects are built on empty lots or in old industrial locations, there is little immediate impact on affordable housing. However, he said it has caused an upward pressure on rents.

“It’s very nice because for so many years we didn’t have that situation. We have it now and the rest of the country is recognizing it,” he said.

Royal LePage realtor Amy Assaad said that the last couple of years have been particularly strong.

Assaad said she’s seeing more foreign buyers from Europe, China and the Middle East. In addition to good pricing, they are attracted to the city’s great university system, strong transit network and a sense of security.

“Everything is on our side right now,” she said in an interview.

However, Prof. Fischler said there is a concern that too many condos are being built, increasing the inventory of unsold units.

“People entering the market to build now have to be careful,” he said.

In addition to downtown, other thriving areas are Griffintown in the city’s old industrial area near the Lachine Canal and pockets of neighbourhoods that are undergoing gentrification.

For developers like Quebec pension fund manager Ivanhoe Cambridge’s real estate subsidiary, the current environment is the strongest it has seen in a quarter century.

Office vacancy rates have been declining as spaces are filled at the highest level in five years and net rental prices are on an upswing, said Bernard Poliquin, senior vice-president office in Quebec.

Ivanhoe is officially opening its 27-floor downtown office tower next month, which will house Manulife and Ernst & Young.

“Others like me who have been in the market for 20 to 30 years are saying the same thing: We haven’t lived this in our careers.”