Residential real estate market statistics for the Montreal Census Metropolitan Area (CMA) recorded 3,799 sales transactions in July. This represents a 29 per cent decrease in sales compared to the peak recorded in July of last year, and solidifies the downtrend in sales that began in early spring. 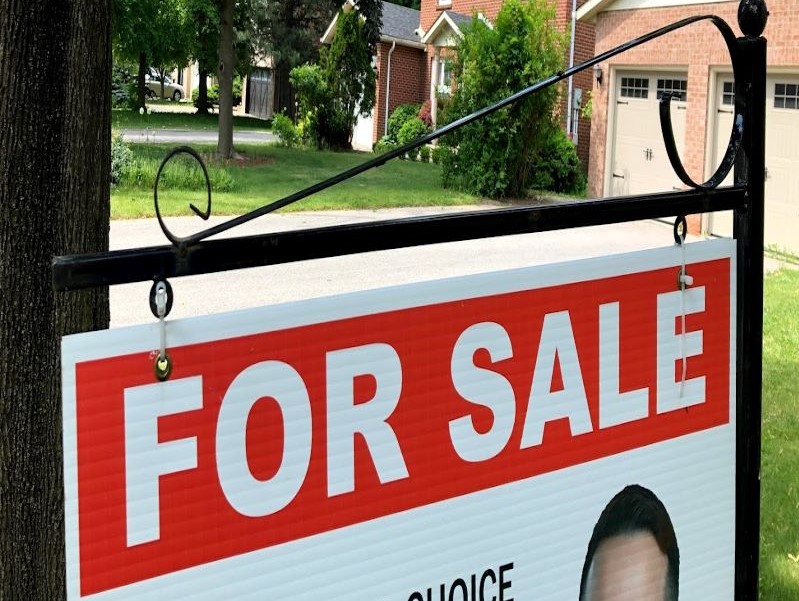 “The month of July has confirmed a substantial decrease in sales that began in May, thus returning to its pre-pandemic level for the summer period. You may remember that in July of last year, we saw spectacular sales levels that went beyond the simple postponement of transactions that could not be concluded in the spring,” said Charles Brant, director of the QPAREB’s Market Analysis Department. “While this slowdown is partly due to a drop in active listings of single-family homes to historically low levels, it can also be explained by the shrinking pool of buyers who can afford a property at current market prices. However, we have indeed seen a slowdown in price increases and a levelling off of price changes since the spring, for all property categories combined.”

Sales on the Island of Montreal fell by 20 per cent compared to July of last year. For a second consecutive month, single-family homes registered the largest decrease in sales at 33 per cent.

Sales were down in all the periphery areas as well, and these decreases can also be attributed to a slowdown in single-family home transactions: Vaudreuil-Soulanges (-48 per cent), the North Shore (-38 per cent), Saint-Jean-sur-Richelieu (-31 per cent), Laval (-30 per cent) and the South Shore (-26 per cent).

All three main property categories registered a drop in sales compared to July of last year. Sales of single-family homes tumbled by 37 per cent, while sales of condominiums fell by 22 per cent. Plexes registered a more modest decrease in sales, with a 4 per cent drop in transactions.

The increase in the supply of plexes on the market (+27 per cent) contrasted with the drop in active listings for single-family homes (-37 per cent) and condominiums (-15 per cent).

In terms of prices, the median price of single-family homes stood at $500,500 in July, an increase of 18 per cent compared to July of last year. The median price of condominiums reached $360,000, a 16 per cent increase, while that of plexes stood at $670,000, up 7 per cent. The market is still in a situation of overheating, as almost half of all transactions in July were concluded at a price that was above the asking price. However, this situation has been easing for three months now. 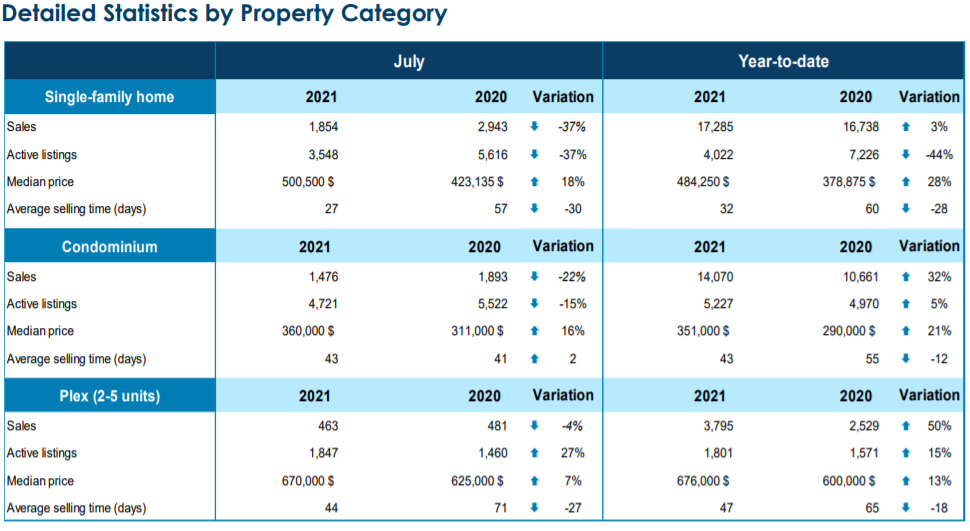 Home sales continued to cool in July, down 3.5 per cent month over month