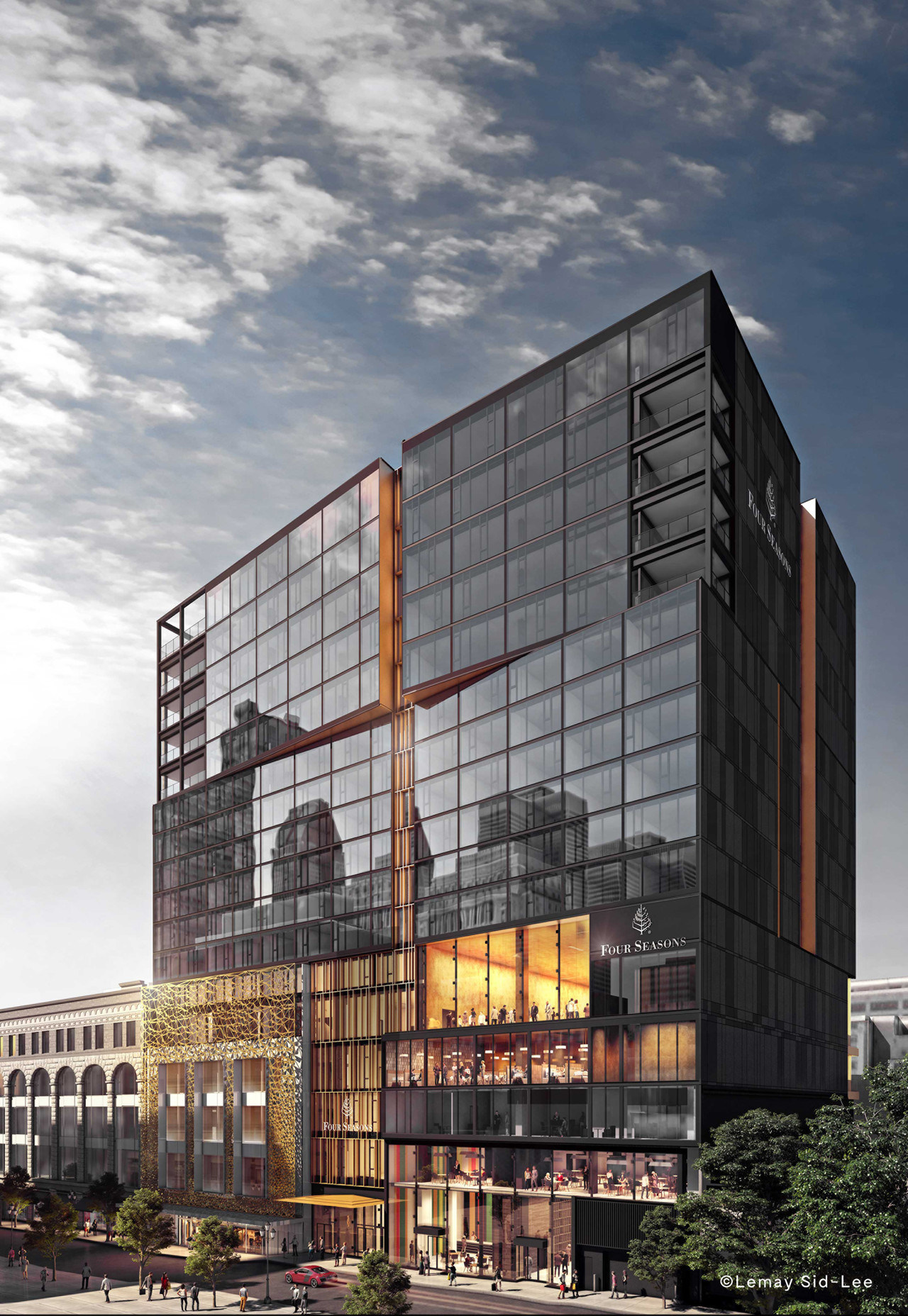 The 169-room Four Seasons Hotel Montreal is located downtown in the city’s Golden Mile Square, connected to Holt Renfrew Ogilvy. Just ten minutes by foot from the Bell Centre, five minutes by car from the train station and twenty minutes from the airport, Four Seasons is ideally located for international visitors, regional weekenders and business travellers. In addition to MARCUS restaurant and bar, the Hotel will offer an intimate spa and state-of-the-art fitness centre, a skylit indoor pool and a stunning fifth floor ballroom with outdoor terrace.

“We are so excited to join with our community in welcoming Formula One fans from around the world for the 2019 Montreal Grand Prix taking place June 7 to 9. The event virtually takes over the city, and we’ll be right there in the middle of it,” says Four Seasons General Manager Gonçalo Monteiro. “And that’s just the beginning of what promises to be a summer to remember in Montreal.”

An exclusive community of 18 Four Seasons Private Residences is also located in the same building, with interiors by Montreal-based architect and designer Philip Hazan.

Also arriving at the new Four Seasons Hotel this spring is MARCUS, a new concept and the first Canadian restaurant by internationally renowned chef and restaurateur Marcus Samuelsson. Flowing in and around the hotel’s reception and lobby is a series of indoor and outdoor spaces conceived by Montreal designers Atelier Zébulon Perron as a setting that promises some of downtown’s most fashionable dining, drinking and socialising.