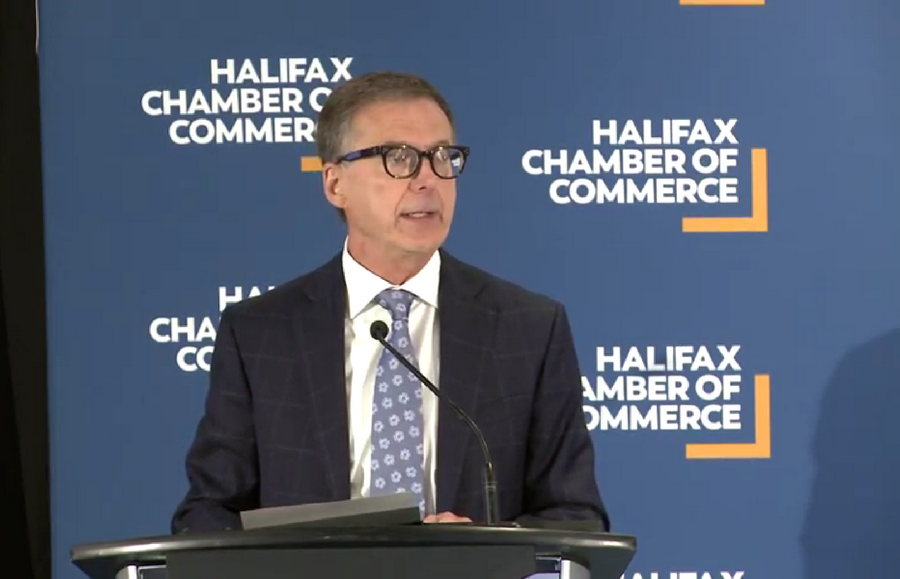 OTTAWA – Despite some early signs of a slowing economy, Bank of Canada governor Tiff Macklem says more interest rate hikes are necessary to bring inflation down.

The governor said while global events such as the pandemic and the Russian invasion of Ukraine have fed into higher prices, demand is outpacing supply more broadly in the Canadian economy.

Macklem said, in hindsight, the bank’s early assessment that high inflation was temporary was “overly optimistic.”

As the economy fully reopened in the spring, pent-up demand for services in sectors like travel and recreation began driving inflation even higher, he said.

“Canadians experienced these pressures first-hand when trying to book a campsite or reserve a table at their favourite restaurant,” Macklem said, according to a prepared text of his speech released in Ottawa.

After inflation reached an annual rate of 8.1 per cent in June, the pace of price increases in Canada has since slowed, largely due to lower gas prices. In August, the annual inflation rate was 7.0 per cent.

However, Macklem said the core measures of inflation “have yet to decline meaningfully” even as headline inflation has come down.

As the Bank of Canada monitors inflation and the effects of higher interest rates, the governor said it will be paying close attention to its core measures of inflation, which tend to be less volatile than the overall inflation rate.

As rising interest rates continue to slow the Canadian economy, some economists are forecasting Canada will enter a mild or moderate recession.

The Bank of Canada has previously spoken about aiming for a “soft landing,” where inflation comes down without triggering a serious economic slowdown.

When asked whether the bank’s path to a “soft landing” has narrowed during a news conference on Thursday afternoon, Macklem said the bank’s primary focus is restoring low and stable inflation.

“Our mandate is clear. Our primary responsibility is price stability,” he said.

The Bank of Canada is set to make its next interest rate announcement on Oct. 26 and will provide updated economic forecasts in its latest monetary policy report.

Since March, the central bank has raised its key interest rate from 0.25 per cent to 3.25 per cent, one of the fastest rate hike cycles in its history.

In his speech, Macklem said there are some signs that global inflationary forces are easing, and that food inflation should soon begin to come down.

Despite commodity prices falling and global supply chains easing, though, these developments are not enough to bring inflation down, he said.

With labour markets still tight, the economy still in “excess demand” and inflation still too high, the governor said more interest rate hikes will be necessary.

In a note, CIBC chief economist Avery Shenfield said Macklem’s speech had a “hawkish tilt.” CIBC is forecasting the central bank will raise its key interest rate by half a percentage point later this month.

Speaking to reporters, Macklem said the bank has been “very clear” about the indicators it’s looking at when making its monetary policy decisions.

“By being clear about what we’re watching, I think that helps the market digest incoming news,” Macklem said.

The bank is set to release its consumer and business outlook surveys later this month, which will provide an update on how inflation expectations have evolved.

In his speech, Macklem said to keep inflation expectations in control, “Canadians will need to see inflation clearly coming down.”

“Simply put, there is more to be done,” he said.

The housing market has cooled considerably in response to higher borrowing costs. Economic growth has also slowed as the economy has posted three consecutive months of job losses. However, the full effect interest rate hikes will take time to work its way through the economy.

The governor said the bank is “resolute” in its commitment to restore price stability in Canada.

This report by The Canadian Press was first published Oct. 6, 2022.