TORONTO — With a family of seven living in a three-bedroom townhouse and a fitness business she runs from home, Vanessa van Tol is a pro at maximizing space. 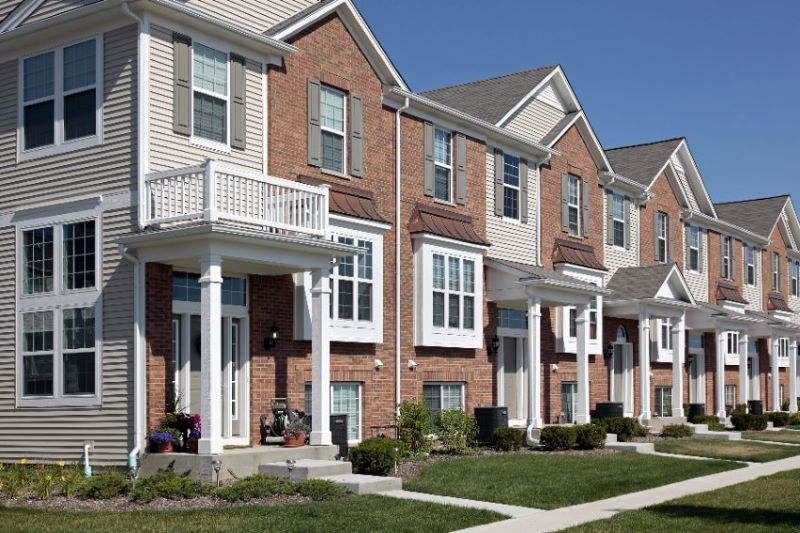 The Delta, B.C., personal trainer behind Lunges and Lipstick uses her garage for workouts, bought bunk and trundle beds so her three boys can share one bedroom and two daughters another, and is prone to purchasing smaller toys and promoting outdoor activities and travel.

“Our attitude is that we’re the adventurer family,” she said.

“We’re probably not going to be getting a massive house, so rather than being insane and so tight with our budget, saving every single penny that we have to get a bigger home, we’re choosing to use that money to experience life and enjoy it.”

That dedication to making the most of your space has long been common in Canada, but is taking on new importance because the housing market has been so frenzied over the last decade.

While even hot regions like Vancouver and Toronto have been cooling in recent months, homeownership remains out of reach for many trying to put away money to buy, while contending with 30-year high inflation and surging rent costs.

Some have mirrored van Tol by maximizing and sharing space. It’s also not unheard-of for multiple families to live in one home or for students and other renters to sign leases for living rooms made into bedrooms.

These situations are contributing to 805,650 homes in the country being deemed “not suitable” for the number of people living there, according to the latest tranche of census data released by Statistics Canada Wednesday.

The federal data agency deems homes “not suitable” when three or more people are occupying one bedroom.

StatCan also calculated almost 1.5 million Canadian households lived in “core housing need” in 2021, which it defined as living in an “unsuitable, inadequate or unaffordable” dwelling and not being able to afford alternative housing in the same community.

However, the core housing need rate fell from 12.7 per cent in 2016 to 10.1 per cent in 2021, which was largely triggered by gains in household incomes and housing affordability. 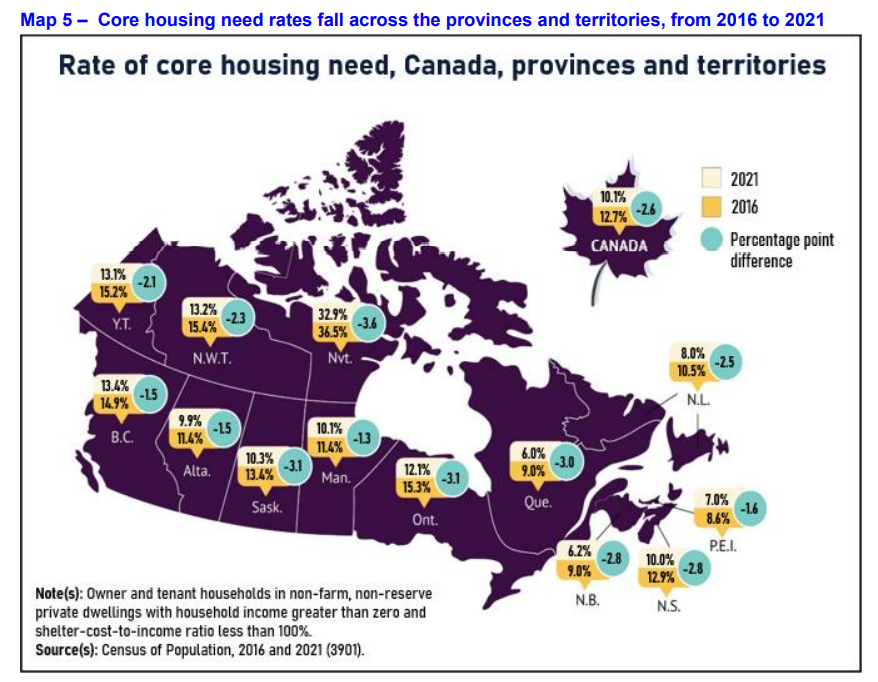 At the heart of crowding is a growing population, housing unaffordability and lack of supply, said Murtaza Haider, a Toronto Metropolitan University data science and real estate management professor.

“Our population has increased continuously over the last four or five decades, but our rate of construction, the number of new housing built per million people, that rate has gone down significantly, almost half during the early ’90s,” he said.

“The construction of purpose-built rental housing almost went down to zero by the mid-1990s. One sees a slight resurgence now … but nowhere is it at the same rate (as before).”

To fulfil the country’s housing needs, a June report from the Canada Mortgage and Housing Corporation found the country needs 3.5 million more homes than are slated to be built by 2030.

And those that are built might not come with a desired price tag. The Canadian Real Estate Association found the national average home price was $637,673 in August, but well over $1 million in Toronto and Vancouver.

Such prices drove Dave Campanella and Cate Ahrens to turn to family when house-hunting. Rather than jump into bidding wars egging them beyond their desired price point, they purchased half of Ahrens’ sister’s three-storey home three years ago and turned it into a duplex.

Now, they live on the main floor and basement with their two kids and Ahrens’ sister and her partner have the upper level and attic.

“Would it be nice to have our own house beside them? That’s probably ideal,” Campanella said.

“I don’t want to kid myself. It’s only half a house, but with ? the insanity of real estate prices in Toronto, it’s the best that we could have hoped for.”

For the country’s lowest-paid workers, even owning half a home is out of reach because wages are not keeping up with inflation, Haider added.

Yet they’re also the least likely to be represented in census crowding data.

People living in precarious conditions often don’t respond to census requests because a landlord rents a property to one person, but in reality, four or five people are sharing that space, Haider said.

Those who are not on the lease often won’t fill out a census at all and the primary renter won’t disclose the true nature of their abode to avoid getting caught.

“These are real challenges,” Haider said.

“There’s an undercount in the census of the most vulnerable, but how extensive it is, it’s hard to know.”