TORONTO — The COVID-19 pandemic caused a flurry of consumers to refinance their mortgages as new, low interest rates were offered, but TD Bank Group is seeing signs that the trend is easing up. 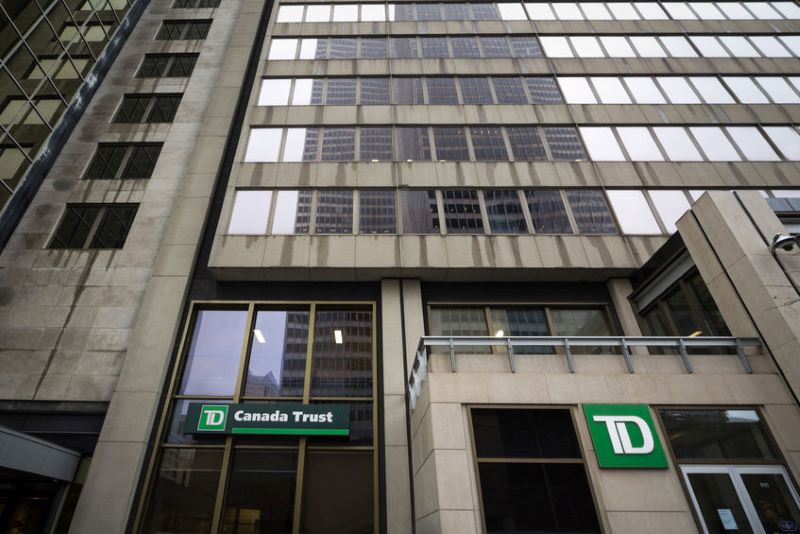 Greg Braca, the president and chief executive of the bank’s American operations, told analysts on a Thursday call that the bank’s mortgage business is still up on a year-over-year basis, but the refinancing side is cooling as the pandemic subsides.

“We’re seeing a lot of the volume now on the purchase side, and we’re still seeing refinances getting done, but it’s really moved to more of a purchase market,” he said.

Braca’s remarks come as the U.S. is staging a widespread reopening from pandemic measures and Canada is eyeing a similar move as vaccination rates soar.

While the pandemic forced the temporary closure of many businesses, it was no match for Canada’s real estate market. Buoyed by low interest rates, Canadians flocked to the housing sector and engaged in bidding wars to snatch up properties at increasingly expensive prices.

The market has only begun to moderate in recent months as supply returned to popular regions like Toronto and Vancouver and the country announced changes to the mortgage stress test that will come into effect on June 1.

The changes will set the qualifying rate on uninsured mortgages at either two percentage points above the contract rate, or 5.25 per cent, whichever is greater.

“Unprecedented fiscal and monetary support for households and businesses has led to a significant increase in cash balances, limiting borrowing needs (and) driving delinquency rates to historic lows,” he said.

But he is seeing promising signs. Vaccination efforts that have helped open up the U.S. are likely to be replicated here and will spur a recovery, he said.

Despite the constantly shifting nature of the pandemic, Bharat added that he felt the bank “navigated this complex environment well.”

TD shared Thursday that it beat expectations as its second-quarter profit more than doubled compared with a year ago and the bank recovered some of its provisions for credit losses.

The improvement came as TD posted a $377-million recovery of credit losses for its latest quarter compared with a provision for credit losses of $3.2 billion a year ago at the start of the pandemic.

Revenue at TD totalled $10.2 billion, down from $10.5 billion in the same quarter last year.

Analysts on average had expected an adjusted profit of $1.76 per share, according to financial data firm Refinitiv.

TD said its Canadian retail business earned $2.18 billion, up from $1.17 billion a year ago, helped by a recovery of credit losses and record results in its wealth and insurance operations.

In the U.S., TD said its retail business, which includes its investment in the Charles Schwab Corp., earned $1.32 billion, up from $336 million in the same quarter last year.

TD’s wholesale banking group, which includes its capital markets and investment banking operations, earned $383 million in its latest quarter, up from $209 million a year ago, as a recovery of credit losses was partially offset by lower revenue and higher non-interest expenses.