By Michael Tutton – THE CANADIAN PRESS Last updated May 27, 2021

HALIFAX – A new report says Nova Scotia needs a major push to create publicly funded, non-profit housing to make up for over 25 years of lost ground.

The Nova Scotia office of the Canadian Centre for Policy Alternatives argues in the report published Wednesday that measures to date haven’t addressed the needs of 30,475 Nova Scotian households living in unaffordable housing, defined as costing more than 30 per cent of their income. 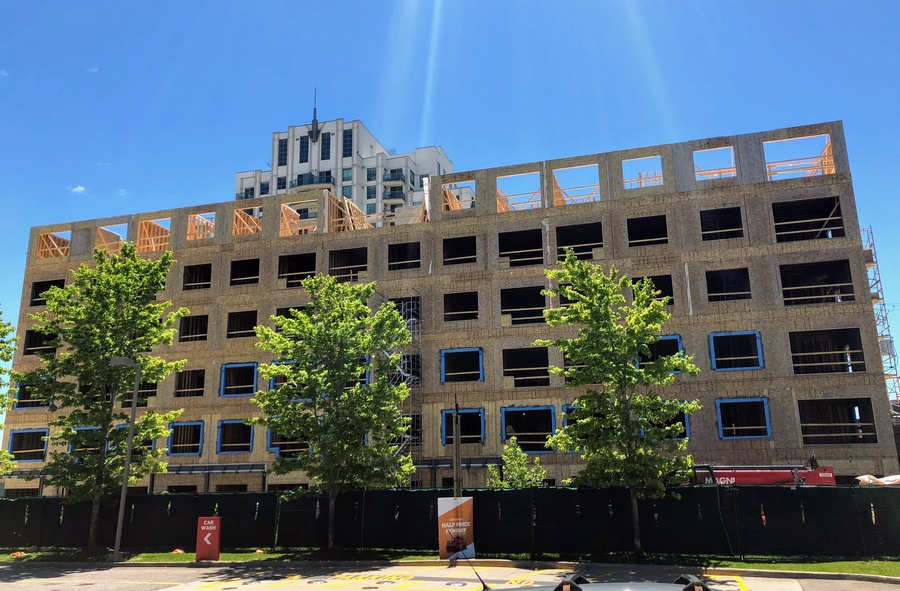 “When the federal government largely abandoned the field of supported housing, social housing, and affordable housing in the 1990s, Nova Scotia was not prepared to fill the gap. And Nova Scotia did not fill the gap,” the report says.

The 95 recommendations in the 87-page document include a call for the province to build or acquire more than 33,000 affordable, non-profit and co-operative housing units over a decade, “enough for all those in core housing need and who are homeless.”

It suggests paying for the program through a series of tax changes, including income-based municipal taxes, a wealth tax and taxes for homes purchased and quickly “flipped” at a profit.

In addition, the report recommends various measures to give the non-profit sector access to buildings, and to shore up rent controls.

For example, it calls on the province to prevent public lands and buildings from being sold to private developers. It would also create a system that would allow the province “first right of purchase” for any low- to middle-income rental properties.

It also argues there is poor enforcement of existing rules guarding against excessive rent hikes and evictions, advocating for the creation of a compliance and enforcement division “to ensure that rent control is enforced” along with health and safety standards.

According to the study, the absence of rent control from 1993 until last year has combined with one of the country’s lowest welfare rate levels to mean increased hardship for renters. The problem has intensified with increasing immigration and a high demand for Halifax real estate, leading to a vacancy rate of between 2.3 and one per cent in the past four years, says the report.

In November of 2020, the provincial government brought in rent control, which limits rent increases to two per cent a year, with the measure to remain in place until Feb. 1, 2022, or until the pandemic’s state of emergency is ended.

The study concludes the rent control should remain in place beyond the scheduled end.

“Some housing in tourism-based rural communities has been transformed into short-term rentals, placing additional pressure on smaller markets,” the analysis says.

It notes that in Cape Breton Regional Municipality, half of more affordable market rentals are located outside of Sydney and aren’t within walking distance of grocery stores and internet access sites.

The study estimates that across the province, about 4,880 renters are in housing requiring major repair, and 2,385 live in “unsuitable conditions.”

The report notes that Ottawa intends to pursue $15 billion in joint funding projects through the Canada Housing Benefit, and as of the end of December $25 billion of $70 billion for the National Housing Strategy has already been allocated.

The province says it has been making some investments in recent months.

In February, the Department of Housing announced the province would invest $5.7 million to help create 109 units of affordable housing in four developments along with $2 million in additional funding for the low-income home repair and adaptation program.

A department spokeswoman also said in February the federal and provincial governments are investing $513 million over 10 years in affordable housing projects and programs.

This report by The Canadian Press was first published May 26, 2021.