HALIFAX – Single mother Harley Newell faces a harsh choice: either battle to remain in an apartment in need of repairs or pursue the faint hope of finding publicly subsidized housing in a small Nova Scotia town.

The 29-year-old single mother of four says she was informed last month renovations are planned in her building on the outskirts of Antigonish and told her rent will jump from $650 to over $1,400 for her three-bedroom flat.

Under recent protections announced by the province under the Emergency Management Act, Newell and her neighbours can refuse such an eviction _ referred to as a ”renoviction” – during the pandemic. The province has also capped annual rent hikes at two per cent.

But in small communities across the Maritimes, tenants’ advocates, landlord associations and renters say the temporary protections erected around COVID-19 don’t solve the chronic shortage of safe housing for the poor.

”I’ve been trying to find a place for years. Finding a place here in Antigonish is next to impossible, unless you’re a student looking for a one-bedroom,” Newell said in an interview last week.

It’s much the same dilemma for her next-door neighbour Sarah DeWolfe, a single mother of two children – one of whom has a disability. She says she’s been informed by the building owner that after his renovations, the monthly cost for her apartment would rise to $1000 monthly from $650.

The new rent would consume two thirds of her welfare payment, even with the province’s rental supplement program of almost $400 a month.

The women say they turn up the heat due to air flowing in around window sills, step around a hole beneath a doorway, and cope with a blocked washing machine drain. However, they’re seeking help from tenancy advocates to remain in the building, as neither sees a viable alternative.

The landlord didn’t reply to repeated texts and calls requesting an interview. 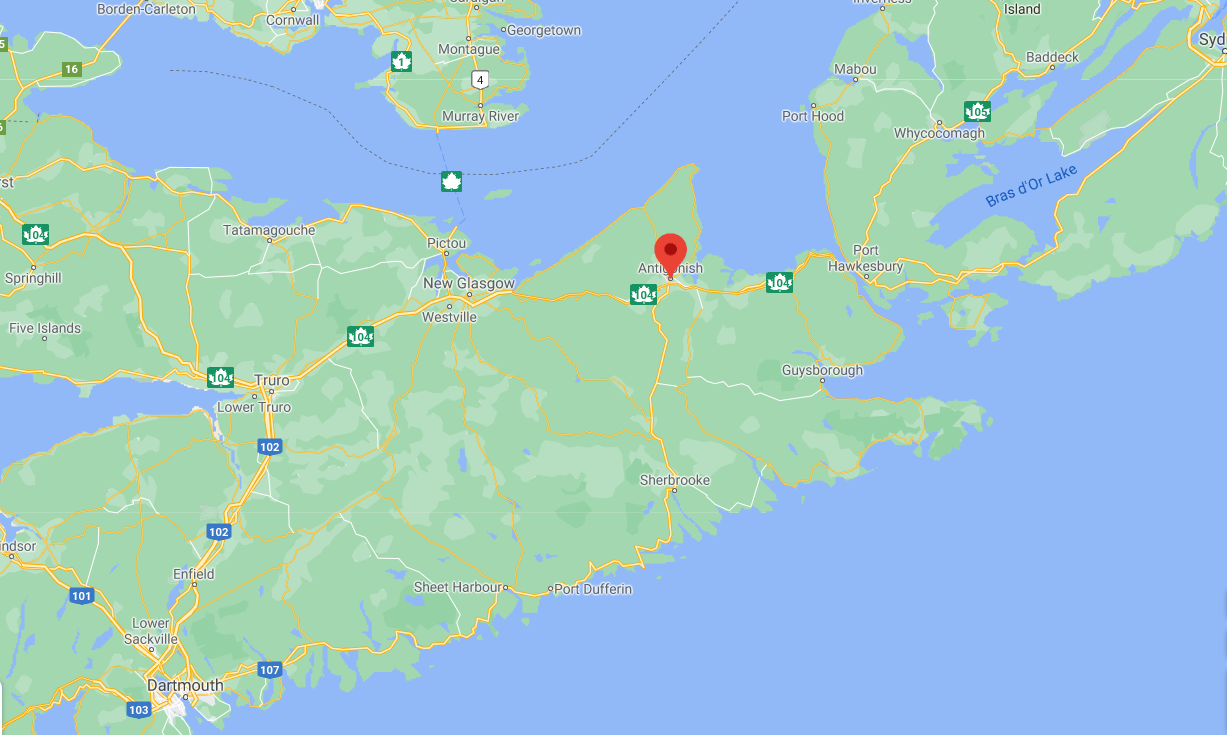 Travis DeCoste, a housing support worker at A Roof Over Your Head Society in Antigonish, says in the university town – where students compete for housing – there are limited options for low-income families.

”My clients would be very happy to find new and safe affordable housing. But that’s very unrealistic for them in Antigonish, and the wait lists throughout the province are years and years,” he said in an interview.

As of September, the housing authority for the area says there were 33 family units and 174 seniors public housing apartments in the town of Antigonish. There were also about 130 subsidized units that have been created through rent supplements and community housing projects, which include co-operatives and non-profit housing.

However, there are 657 households on the waiting list for subsidized housing in Antigonish, Guysborough and Pictou counties, according to the Department of Municipal Affairs and Housing.

DeCoste says while the rental subsidy programs with private landlords are assisting, the landlords have to agree to partner with local housing authorities.

”In theory it’s a great program, but if a private landlord isn’t willing to participate in the program we’re essentially dead in the water in regards to the rental subsidy,” he said.

Meanwhile, the provincial list for people waiting for public housing is over 6,000 people long, though it may include some applicants who may no longer require housing or have declined to move. In New Brunswick, there are 5,475 people on the provincial housing wait list.

Kevin Russell, executive director of the Investment Property Owners Association of Nova Scotia, says while there are occasions when building owners seek big rent hikes, most are looking to cover the expenses of refurbishing aging housing.

”To sit here and armchair quarterback is really tough. Overall rent increases across the province for the last 20 years was 2.1 per cent (annually),” he said in an interview last week, citing a Canada Mortgage and Housing Corp. survey of average rents.

Some small-scale landlords have written to the Nova Scotia housing minister to say their plans to renovate derelict properties are on now on hold due to the new cap on rent hikes. Paul Finnemore, a pastor and building owner in Kentville, said in a recent interview that he invested $80,000 upgrading rundown residences on two lots in the town.

He lives off a military pension, and says he had planned to rent them at reasonable rates. For example, a two-bedroom home he’s renovated in Kentville would rent at $700 and gradually increase each year. But his business plan is now uncertain for further units.

”Our plan to raise rents at a reasonable rate, refinance . . . and rescue another tired rental property has been put on hold indefinitely,” he said in his email to the housing minister.

Finnemore, DeCoste and Russell all say that non-profit housing is needed for tenants like DeWolfe and Newell, permitting them to pay a monthly rent they can afford based on their total household income.

But Kit Hickey, the executive director of Housing Alternatives Inc. in Saint John, N.B., said in a recent interview that non-profit groups in the Maritimes face growing competition to buy buildings.

”We are seeing multi-unit apartments being bought up, being emptied, renovations being done up and rents increasing,” she said.

Her group recently bought a 12-room building in the city for $780,000 in an attempt to retain the apartments for low-income renters. The property had been assessed at about $500,000 by the city.

Hickey said rental units in the Maritimes have become more desirable due to their low cost relative to other parts of the country, a very low vacancy rate and the opportunity to charge higher rents.

The provinces partnered with Ottawa several years ago to create long-term affordable housing plans. But the need is outstripping supply, say anti-poverty groups, who are particularly concerned about the impact on small children living in sub-standard conditions.

In a report card coming out Wednesday, the Canadian Centre for Policy Alternatives in Nova Scotia is recommending ”significant and sustained investment to build affordable, social, non-profit and co-operative housing.”

Meanwhile, Newell wonders if solutions will come that provide her family and neighbours with a more secure future.

”I don’t mind paying a little more rent, so long as my place is livable and safe,” she said.

This report by The Canadian Press was first published Dec. 8, 2020.