CENTURY 21 Canada’s annual National Real Estate survey reveals house prices across Canada are maintaining their strength, while the number of sales is coming back after a decline earlier in the spring due to the COVID-19 pandemic.

The survey finds that the common theme across the country is of house prices seeing modest changes per square foot over the same period last year.

One exception is Montreal, which has seen prices increase dramatically since 2019 – though downtown prices still remain lower than those in Vancouver and Toronto. 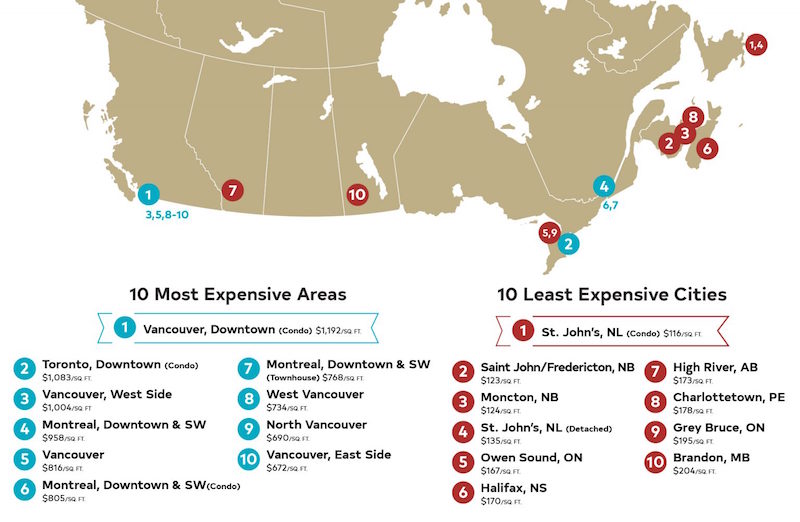 In its annual, nationwide study, CENTURY 21 Canada compared the price per square foot of properties sold between January 1 and June 30 this year, compared to the same period last year.

“When the pandemic took hold in Canada in mid-March, there was a lot of uncertainty about what would happen to real estate sales during the typically busy spring market,” says Brian Rushton, Executive Vice-President of CENTURY 21 Canada. “What we have seen is that after a dip in the number of sales early in the pandemic, the pace of sales has returned to near-normal levels as real estate agents and companies innovated new ways of doing things. The real estate industry has proved resilient through the past several months. And even further, prices have held steady as well.”

As it has in many sectors of Canada’s economy, COVID-19 has prompted innovations in how real estate operations, with the adoption of technologies allowing more physical distancing and reducing contact, according to the survey.

CENTURY 21 Canada has made additional tools available to sales representatives in order to facilitate the change. Virtual tours are now gaining popularity so that a seller does not have strangers or large numbers of people in their homes.

The company encourages all agents to host online open houses through Facebook Live. CENTURY 21 Canada has also recently partnered with an international company, EyeSpy360, which allows a virtual home tour that can be done as a walk-through and presented to a client via email or a live presentation.

“As we are in our fourth year of gathering this data, we continue to see that real estate is not a national picture, it’s really what’s happening in your local community,” says Mr. Rushton. “No matter where in Canada you live buying a home is a great investment, especially if you’re making a long-term purchase.”

Change made to insurance for B.C. condo owners amid rising premiums