By Christopher Reynolds and Jordan Press - The Canadian Press Last updated May 7, 2021 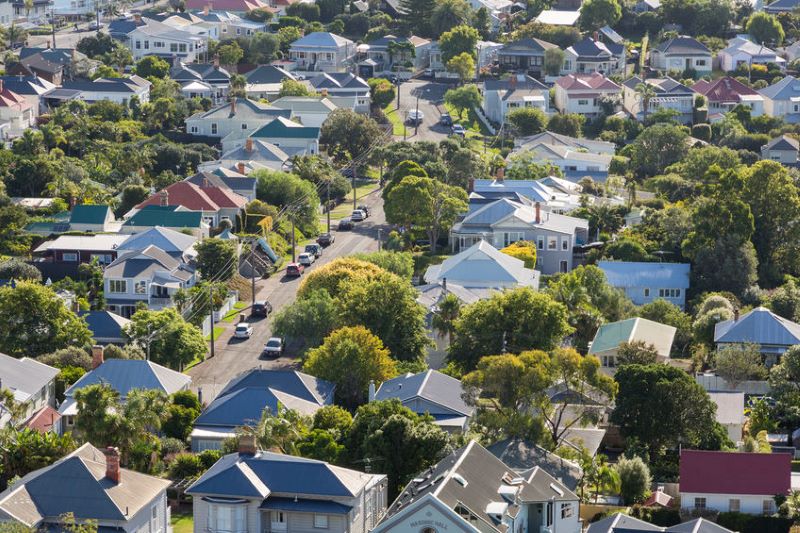 Unveiled Thursday at a virtual news conference, Singh’s election campaign-style promise would impose a 20 per cent levy on purchases by non-residents and pour $14 billion into housing construction, with the end goal of 500,000 new units over four years along with widespread job creation.

The main goal is to boost supply and drive down increasingly unaffordable rental and home prices that have rippled beyond Toronto and Vancouver into outlying towns and cities from Nova Scotia to British Columbia’s Fraser Valley.

“Let’s massively invest in housing as a way to create jobs locally in communities and as a way to ensure people have a place to call home,” Singh said, accusing the Liberals of ignoring a long-standing crisis.

“We know that people are treating Canada like a stock market when it comes to housing and just plopping their money into the housing market, hoping it will continue to grow.”

The dual pledges to tax and invest seek to outshine last month’s federal budget by the Liberals, who plan to spend $2.4 billion over five years on affordable housing and follow through on a promise to tax non-residents who own vacant homes in Canada at one per cent of the assessed value.

The announcement could hold particular appeal for young voters — a key demographic in any NDP campaign — who feel priced out of the market.

In B.C., a 15 per cent foreign buyers’ tax imposed in Metro Vancouver in 2016 — since raised to 20 per cent and expanded to other communities — had a short-term cooling effect, but prices have been on a stratospheric rise since 2019, spiking in recent months.

“It did not have a very big impact on the market,” said Don Kottick, CEO of Sotheby’s International Realty Canada.

“Governments really have to address the supply side. Residential construction really hasn’t kept pace with the population for decades now.”

Market watchers also say a countrywide tax on non-resident homebuyers amounts to a ham-fisted approach to real estate, which comes down to local conditions, and could have unintended consequences in international tourist spots such as Banff and Mont-Tremblant.

The average home-sale price in Canada rose 32 per cent year over year in March to a record $717,000, with sales activity up by more than three-quarters, according to the Canadian Real Estate Association.

An analysis this week by TD Economics suggested the Liberals’ one per cent foreign owners’ tax is “unlikely to significantly dent current activity” in the market because foreign demand has already cooled in B.C. and Ontario. What is driving the current frenzy in sales and prices is driven to a large extent by domestic buyers, the analysis said.

Singh sought to address another market pressure point, calling for a crackdown on money laundering in real estate. Black-market profits funnelled through land purchases have been “directly attributed to driving up the cost of housing,” he noted.

In a little-noticed line item, the budget allotted $2.1 million over two years for the Industry Department to implement a beneficial ownership registry by 2025.

With some of the weakest money-laundering laws among liberal democracies, Canada currently offers anonymity to investors and money launderers by allowing the real, or “beneficial,” owner to go undisclosed, similar to the Seychelles or British Virgin Islands.

This week, the Liberals moved ahead with another measure, one first unveiled years ago, to ease mortgage costs for more first-time homebuyers by having the government take an equity stake in homes in some of the country’s hottest markets.

The original program saw federal funds pick up five per cent of a mortgage on existing homes for households that earn under $120,000 a year, on a mortgage of no more than $480,000.

The value increased up to 10 per cent for new homes to spur construction and expand supply that the federal government has long seen as a way to cool rising prices.

But starting this week, the program expanded for applicants in Toronto, Vancouver and Victoria, setting the income cutoff at $150,000 and the mortgage limit of $675,000.

The Canada Mortgage and Housing Corporation estimates that should allow first-time buyers in large urban centres to afford homes of up to $722,000, up from the $505,000 in other areas of the country.

There isn’t any interest on the money, but a buyer would have to repay the incentive in full when they sell their house or after 25 years of living in the home.

James Laird, co-founder of the website Ratehub.ca, said a household with $150,000 of income, and with the minimum down payment, can currently qualify for a home valued at $770,000.

He questioned whether the program was worth using.

“Even if a homeowner could qualify for the same amount, owning a home with the government still does not make any sense,” he said in a statement. “The government gets to enjoy the appreciation of the home, while paying none of the expenses.”

Jagmeet needs to go back to the drawing boardhttps://t.co/MuZnejVWFg

This report by The Canadian Press was first published May 6, 2021.