According to a release from the Fraser Valley Real Estate Board (the Board), demand for Fraser Valley real estate remained elevated in August reaching the second highest sales ever for the month against a backdrop of decreasing supply.

The Board processed a total of 2,087 property sales on its Multiple Listing Service® (MLS®) in August, an increase of 4.0 per cent compared to July and a 2.4 per cent increase compared to the same month last year. Sales remained unusually high for the month; second only to August of 2005.

Larry Anderson, President of the Board, said, “Home buyers are facing one of the worst supply shortages in Fraser Valley history. Our sales are over 30 per cent above normal, while our housing stock is at levels last seen in the early 80s.

“To put our supply and demand situation in perspective, for every 100 townhomes on the market in August, Fraser Valley REALTORS® sold 94. The single-family detached and condo markets also remained in strong seller’s market territory. Persistent demand and lack of supply continues to put upward pressure on home prices.” 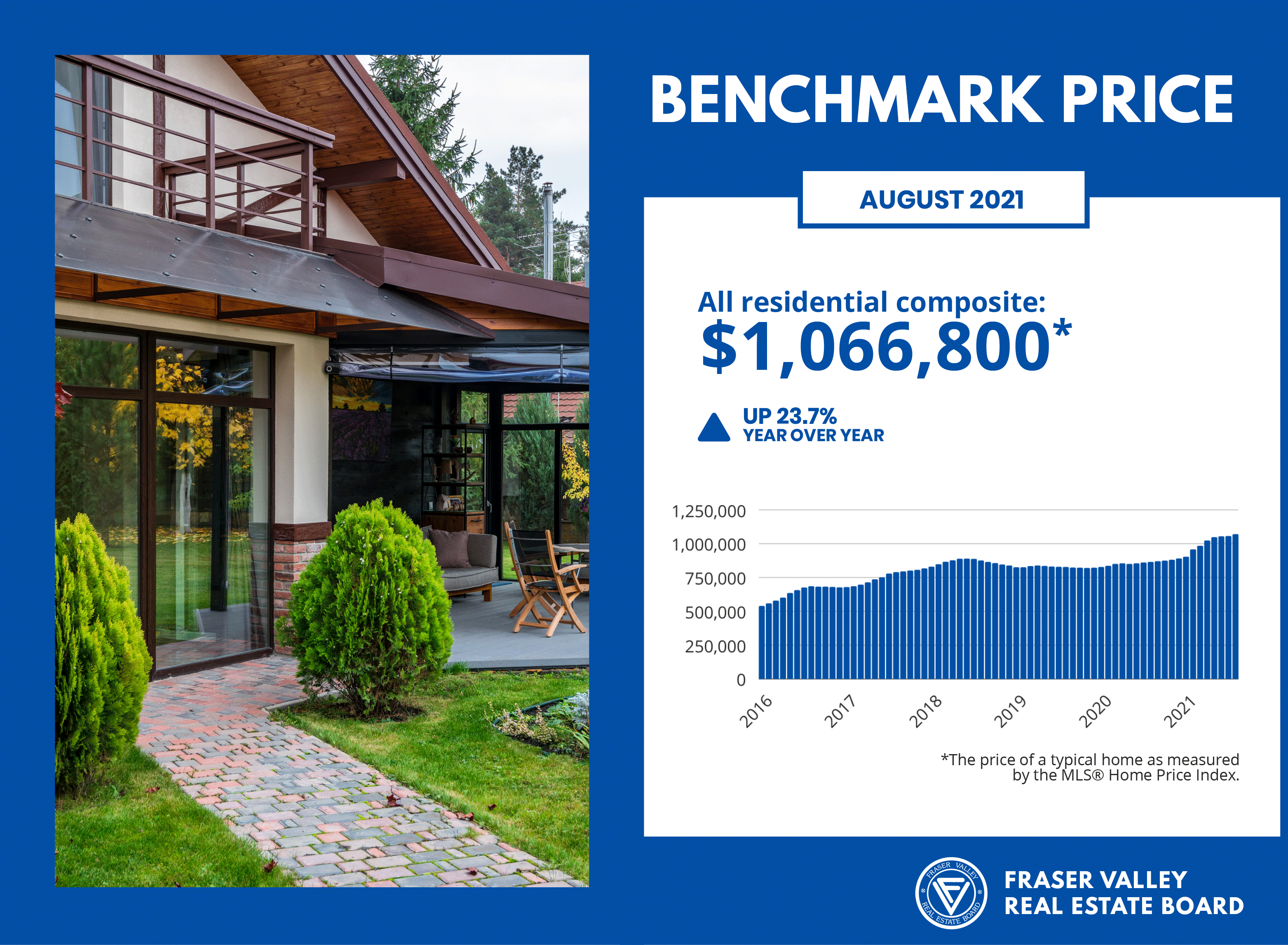 “Those measures did not address the core issue, which is insufficient supply to meet the rise in our population growth. All levels of government must work together to correct the structural housing shortage.”

Across Fraser Valley, in August, the average number of days to sell a single-family detached home was 29 and a townhome was 19 days. Apartments took, on average, 29 days to sell. 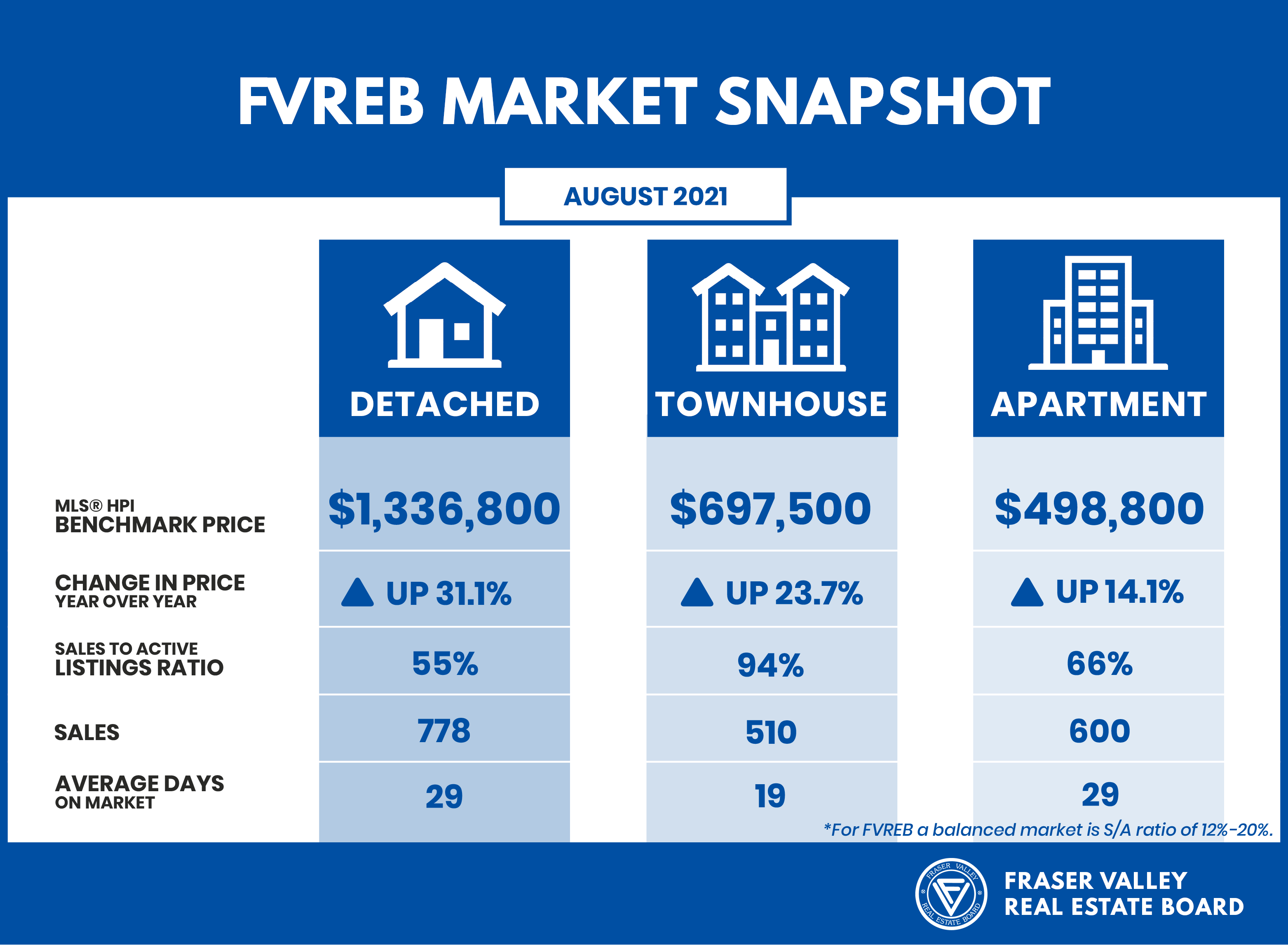 Pace of home sales slowed in August, but prices still increasing: Vancouver board

August home sales down, prices up as supply fell 43%: Toronto real estate board