Stealing away the spotlight from King Street West and the TIFF Bell Lightbox, downtown Toronto’s quiet Mercer Street was a hub of excitement today. Headlined by Robert De Niro only hours after the Hollywood Legend’s concise remarks about Donald Trump made international headlines, the unusually star-studded condo event took on unusually political dimensions when the gold shovels hit the ground to kick off Nobu Toronto. 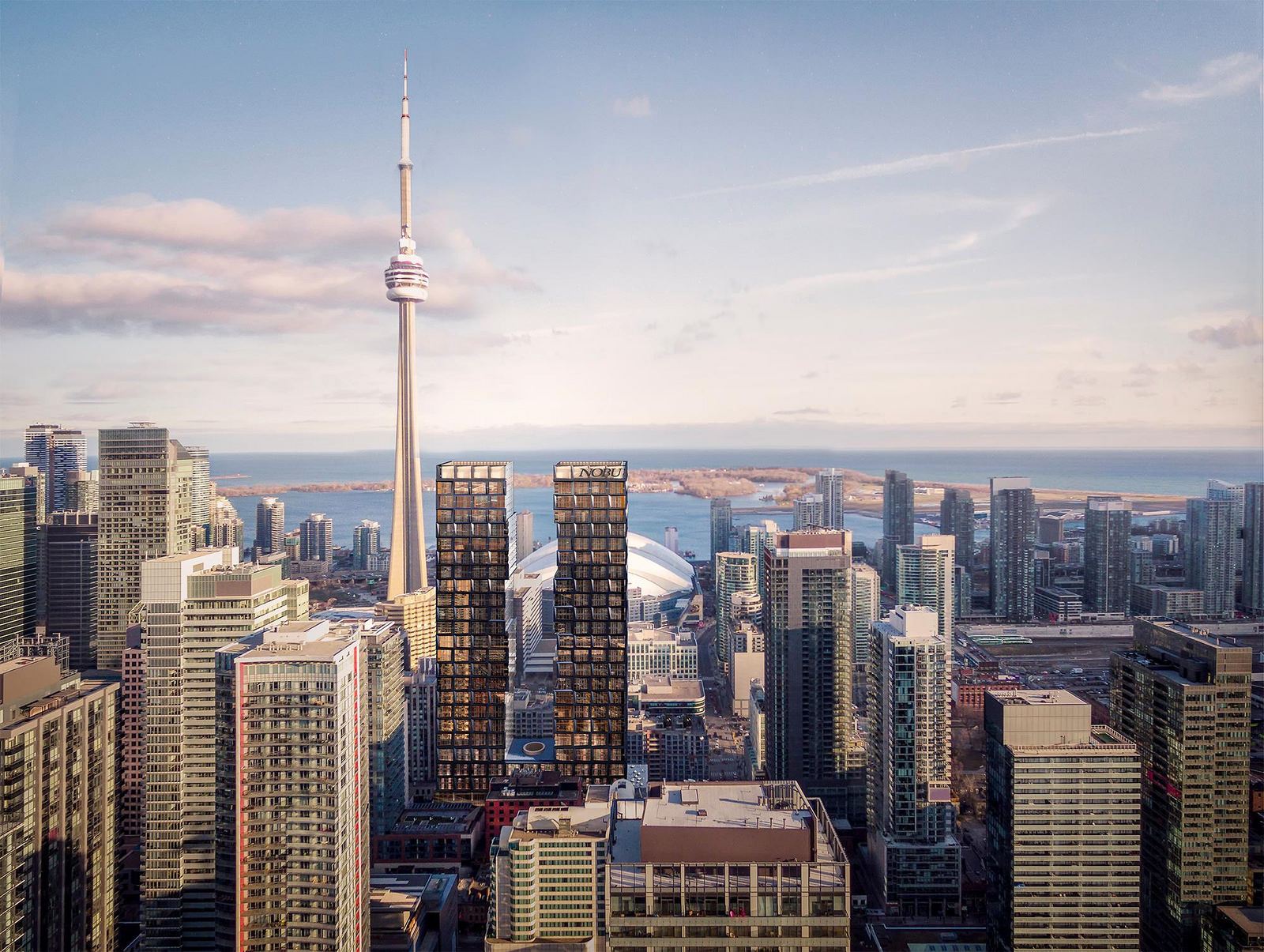 Sharing the stage with Matsuhisa, Teper, Madison Group executives, and Toronto Mayor John Tory, De Niro stayed true to the tenor of his remarks at last night’s Tony Awards. Coming in the wake of the Trump administration’s bombastic disavowal of Prime Minister Justin Trudeau as a traitor who deserves “a special place in hell” following the G7 Summit, De Niro offered condolences. “I just want to make a note of apology for the idiotic behaviour of my President,” De Niro said, drawing cheers from the crowd. “It’s a disgrace.”

In response, Mayor Tory had “only two words to say: Thank you.”

Designed by Toronto’s Teeple Architects in collaboration with Turner Fleischer Architects, Nobu Residences Toronto will bring a pair of articulated 45-storey towers to the dense Entertainment District. Rising above a preserved heritage facade, the residential towers will feature 660 residential units, topping a boutique 36-room hotel. Below, the flagship Nobu restaurant will take over an approximately 15,000 square foot space in the nine-storey podium structure. 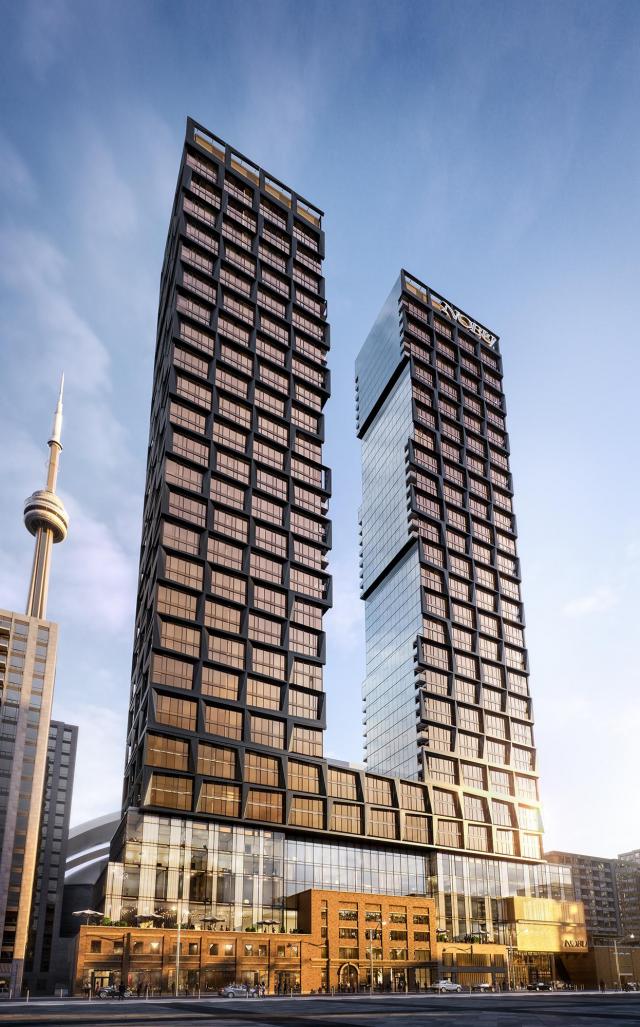 While today’s ceremonial proceedings signalled the start of construction, the project’s final building permits are still under review by the City of Toronto’s Planning Department. As such, it is some time before the construction process will begin in earnest, though preliminary demolition work is already taking place behind the facade of the site’s existing Mercer Street buildings.