According to the Midyear Market Sentiment Survey released by Transwestern and Devencore, the impacts of COVID-19 on the commercial real estate industry became evident during the second quarter.

According to the survey, the U.S. office index averaged 61.8 for the second half of 2020, signaling weaker market conditions as it fell below the 100-neutral zone. 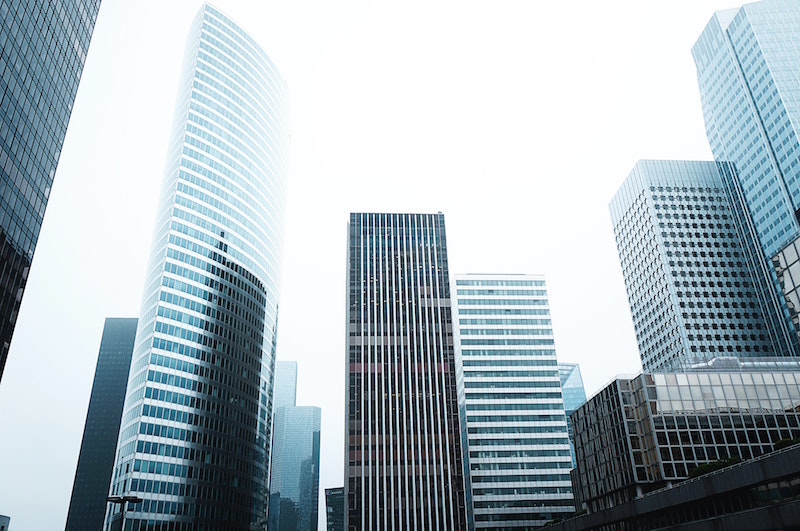 “Across both countries, traditional office space is expected to lag as occupiers pause leasing decisions until the pandemic is under control,” said Elizabeth Norton, Senior Managing Director of Research Services at Transwestern. “Work-from-home strategies could offer cost-saving alternatives to select tenants, increasing the possibility of space reduction. However, medical office, while expected to soften slightly during the balance of 2020, has a more favorable long-term outlook.”

The U.S. industrial index averaged 104.4 for second half 2020, slightly above 100, which is considered flat conditions. This is only slightly below the 116.2 registered at year-end 2019, prior to the onset of the pandemic.

In Canada, the industrial index dropped from the pre-pandemic 129.0 to 100.9 at midyear 2020. Industrial conditions are expected to remain steady in Canada, with 54 per cent anticipating slightly higher leasing velocity. 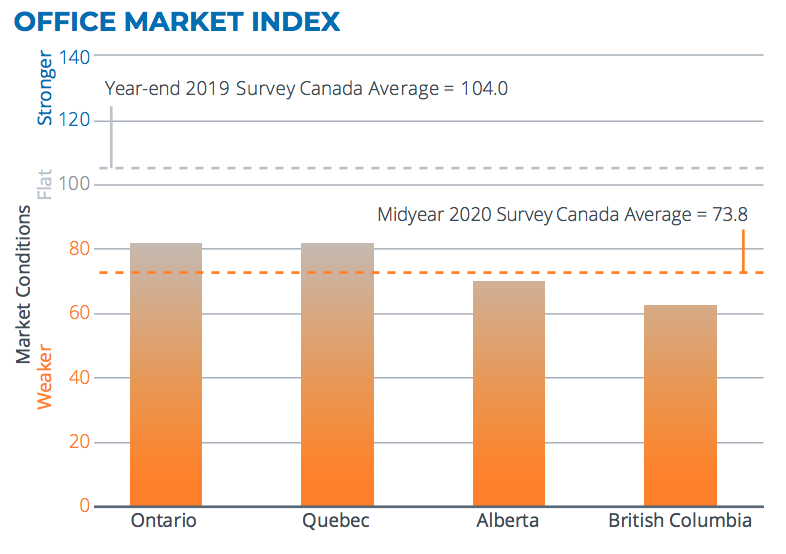 The survey findings are supported by Transwestern’s second quarter 2020 national market reports. In its latest U.S. Office Market Report, Transwestern found that in the second quarter of 2020, net absorption registered negative 14.2 million square feet, the first quarter an occupancy loss was recorded since the first three months of 2010.

Office leasing slowed considerably as most tenants paused decisions due to COVID-19, pushing the national office vacancy rate up 20 basis points to 10.1 per cent.

Construction activity slowed, and groundbreakings are expected to be limited over the next 12 months due to elevated unemployment and continued uncertainty about the future use of office space.

“In Canada, we are seeing very similar conditions to those in the U.S.,” said Jean Laurin, President and CEO of Devencore. “Across North America, demand for suburban office space could benefit in the current climate, as select tenants look for affordable space in a safely distanced environment.”

According to the most recent U.S. Industrial Market Report, the industrial sector fared significantly better since the onset of the pandemic.

In the second quarter, the streak of occupancy gains continued into its 42nd quarter, despite posting the lowest level in 10 years, as industrial leasing activity recovered swiftly in May/June after dipping earlier in the year. Rent growth also continued for the 34th straight quarter, increasing 39 per cent during that period.

E-commerce, which accelerated during the pandemic, is primarily responsible for the strength of the industrial sector, with online grocery purchases due to the economic shutdown further fueling growth. However, manufacturing is also a contributor; in June, ISM Manufacturing PMI recorded the strongest expansion in factory activity in 14 months.

“New inventory coupled with increasing sublease space pushed the industrial vacancy rate slightly higher in the second quarter, to 5.4%,” said Matt Dolly, Director of Research at Transwestern. “However, the industrial property sector will continue to flourish as much of its tenant base is essential businesses.”