Nova Scotia eyeing taxes for homebuyers coming from outside the province 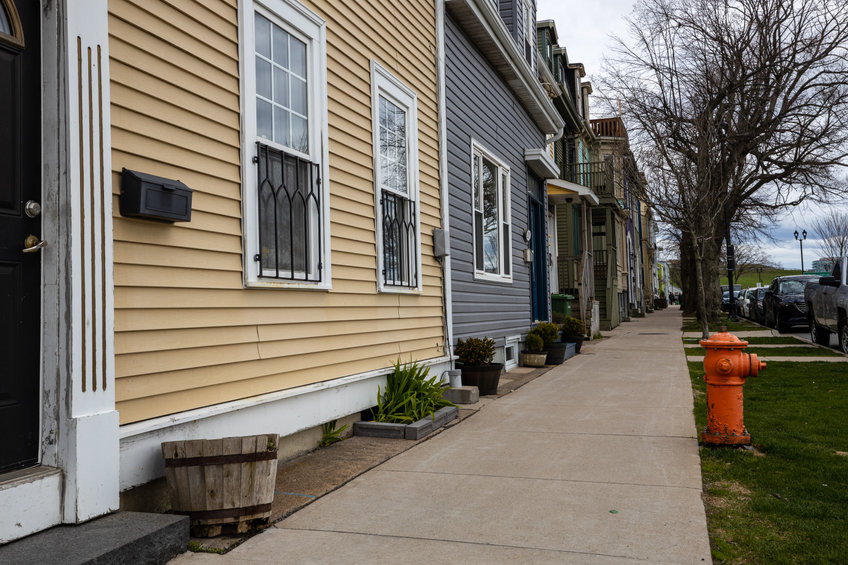 Buying a home in Nova Scotia may soon be more expensive for people from outside the province.

Premier Tim Houston has instructed Finance Minister Allan MacMaster to implement a deed transfer tax on any property purchased by individuals who do not pay taxes in Nova Scotia.

In a September mandate letter, the finance minister was also asked to impose a levy of $2 per $100 of assessed property value on every non-Nova Scotian taxpayer with property in the province.

The letter did not provide a timeline for implementation, though finance, and treasury board spokesperson Gary Andrea said in an email that “the department is working on it.”

However, realtors believe the taxes – targeting investors in hopes of slowing down the market and helping maintain housing affordability for locals – will have a minimal impact and do little to address the market’s main problem: lack of supply.

“To the wealthy people that buy these homes as an investment, (the tax is) going to become part of the cost of doing business, but I don’t think it’s going to deter people,” said Jacqui Rostek, a Nova Scotia broker with the Platinum Group Halifax.

“It will work, but mostly for smaller time investors that are still very much working their jobs and trying to save enough money for a down payment on another property.”

The size of down payments on Nova Scotia homes have soared over the last few years as the ability to work remotely during the COVID-19 pandemic made it more feasible for Canadian and international buyers to seek homes in Atlantic Canada, where prices are affordable than in large urban centres.

The rise in demand led to a corresponding spike in prices. The average Dartmouth-Halifax home price was up $471,746 last month, up almost 23 per cent from $384,001 last September, the Canadian Real Estate Association reported.

Even with that price climb, Rostek said buyers from Ontario and Western Canada have been drawn to the market because they would have to pay much more for a home elsewhere.

For example, the average home price surged to more than $1.1 million in September in both the Greater Toronto and Greater Vancouver areas.

However, the market has simultaneously seen little increase in supply, pushing Canada Mortgage and Housing Corporation to rate Halifax as having a high degree of vulnerability to market conditions throughout health crisis.

In July, CMHC found the average days a Halifax-Dartmouth home spent on the market was 13, down significantly from 45 in January.

The inventory of available houses – the average time spent on the market _ in Nova Scotia was 2.2 months at the end of July, a slide from 2.9 months in June 2021 and below the long-term average of 7.3 months.

The proposed taxes, Rostek said, wouldn’t increase housing supply by much, if at all, and wouldn’t deliver relief for home buyers.

“At the end of the day, we’re still going to have an issue here until there’s more supply,” she said.

Matthew Honsberger, a Nova Scotia realtor with Royal LePage, agreed and added that he finds the proposed policy “disappointing.”

“I don’t know that it’s enough to deter people, but it does feel punitive, and it does feel like it’s singling out people who are interested in coming to the region,” he said.

Honsberger grew up in Ontario, but moved to Nova Scotia in 2004. He was attracted to the lifestyle and landscapes the province offered, but admits he took affordability into account too.

If he had been charged the proposed taxes because he was from outside the province, he said, “that probably would have rubbed me the wrong way.”

“And I’d hate to think that that’s the first impression that we’re giving to people who have just discovered what it is that we have to offer,” he said.

“It seems to suggest that they’re less wanted than people who are already living there.”

Honsberger also worries about the potential affect on a heated rental market.

Rentals.ca data shows the average monthly rent in September for a one-bedroom home in Halifax reached $1,574 and for a two-bedroom, sat at $2,041.

The proposed policy also irks him because he thinks it could result in investors passing along costs to tenants, who are already paying high rents.

This report by The Canadian Press was first published Oct. 21, 2021.