The Ontario government has announced that it is cutting red tape in York Region to help create more housing and employment in downtown Vaughan. 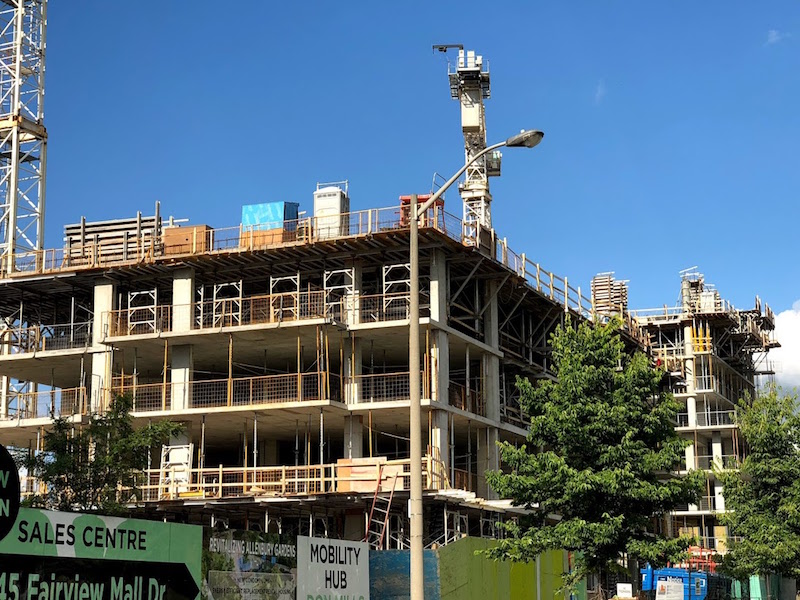 Steve Clark, Minister of Municipal Affairs and Housing attended a groundbreaking for a 36-storey apartment building with 450 rental units in SmartVMC, the first purpose-built apartment in the Vaughan Metropolitan Centre.

According to the Government’s release, a Minister’s Zoning Order has helped complete the vision for the centre, through the relocation of an existing retail store.

The relocation will add 50 new retail jobs to the retail store. It would also make approximately four million square feet available for redevelopment of the existing site into new homes and other uses, creating approximately 2,000 construction jobs.

“This project supports our government’s plan to connect people to places and to build healthier, safer communities. It shows the great results that can be achieved for communities when local partners and government work together,” said Minister Clark. “I’m pleased to have made a Minister’s Zoning Order to make it faster and easier for the City of Vaughan to develop more housing and employment, which is a priority for our government.”

The relocation project also supports Ontario’s plans in A Place to Grow: Growth Plan for the Greater Golden Horseshoe, which directs more housing to be built around major transit hubs in communities that are growing quickly.

Through More Homes, More Choice: Ontario’s Housing Supply Action Plan, the government is encouraging building different types of housing, such as condos, townhouses and rental apartments, to give people more options that meet their needs.

“I want to thank the Province of Ontario and Minister Steve Clark for their partnership. We worked collaboratively in the process towards a minister’s zoning order ― a key element to unleash the full potential of the Vaughan Metropolitan Centre (VMC) as a powerful economic driver in the province,” said Maurizio Bevilacqua, Mayor of the City of Vaughan.

To encourage the construction of more rentals, the government has allowed development charges for rental housing to be paid over a five-year period instead of up front.