A new report by Power Advisory, Scenarios for a Net-Zero Electricity System in Ontario, demonstrates that Ontario can meet its rising electricity demands with reliable, affordable energy solutions that are aligned with the global transition to net-zero carbon emissions. 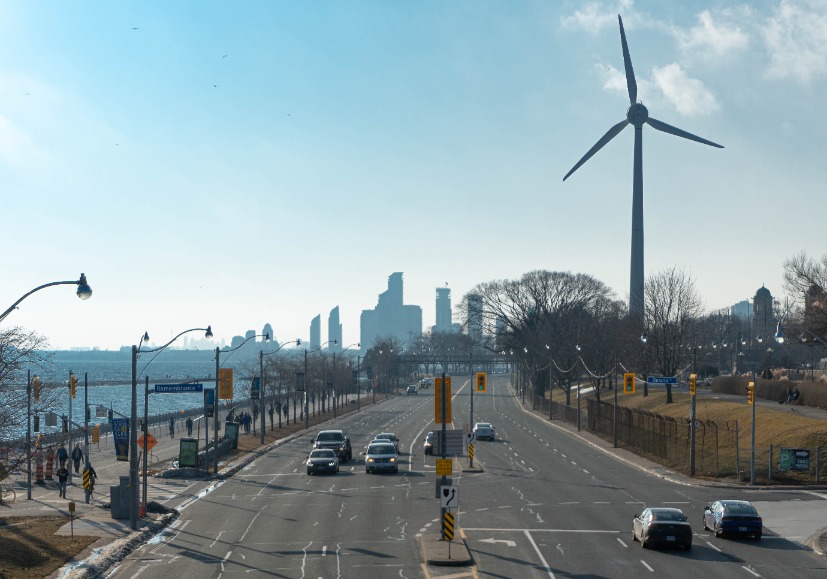 The report compares multiple paths for Ontario to produce a net-zero grid by 2035, and identifies critical planning and investments required. This research, commissioned by The Atmospheric Fund (TAF), comes at a pivotal time as the province begins its procurement that would add new fossil fuel generation to address growing electricity needs.

According to the research, Ontario currently has one of the cleanest electricity grids in North America. However, the province’s plan to meet growing electricity demand with natural gas generation is projected to increase grid emissions by 260 per cent by 2040. Such a move would ensure grid reliability, but would cost Ontarians more and undermine the benefits of electrification. As Power Advisory’s report shows, these risks are unnecessary.

“We have the once-in-a-generation opportunity to build an electricity system that expands Ontario’s clean electricity advantage and meets the needs of both urban and rural communities,” says Julia Langer, CEO of The Atmospheric Fund. “A modernized and decarbonized grid would remove barriers and expand opportunities for businesses, communities, and municipalities that want to reach their climate targets and develop their own energy projects.”

The modelling work shows that the most affordable way to meet rising electricity demand is through a mix of energy efficiency, solar, wind and storage, rather than ramping up natural gas. Existing gas plants would be limited to ensuring grid reliability, with total output well below today’s levels. 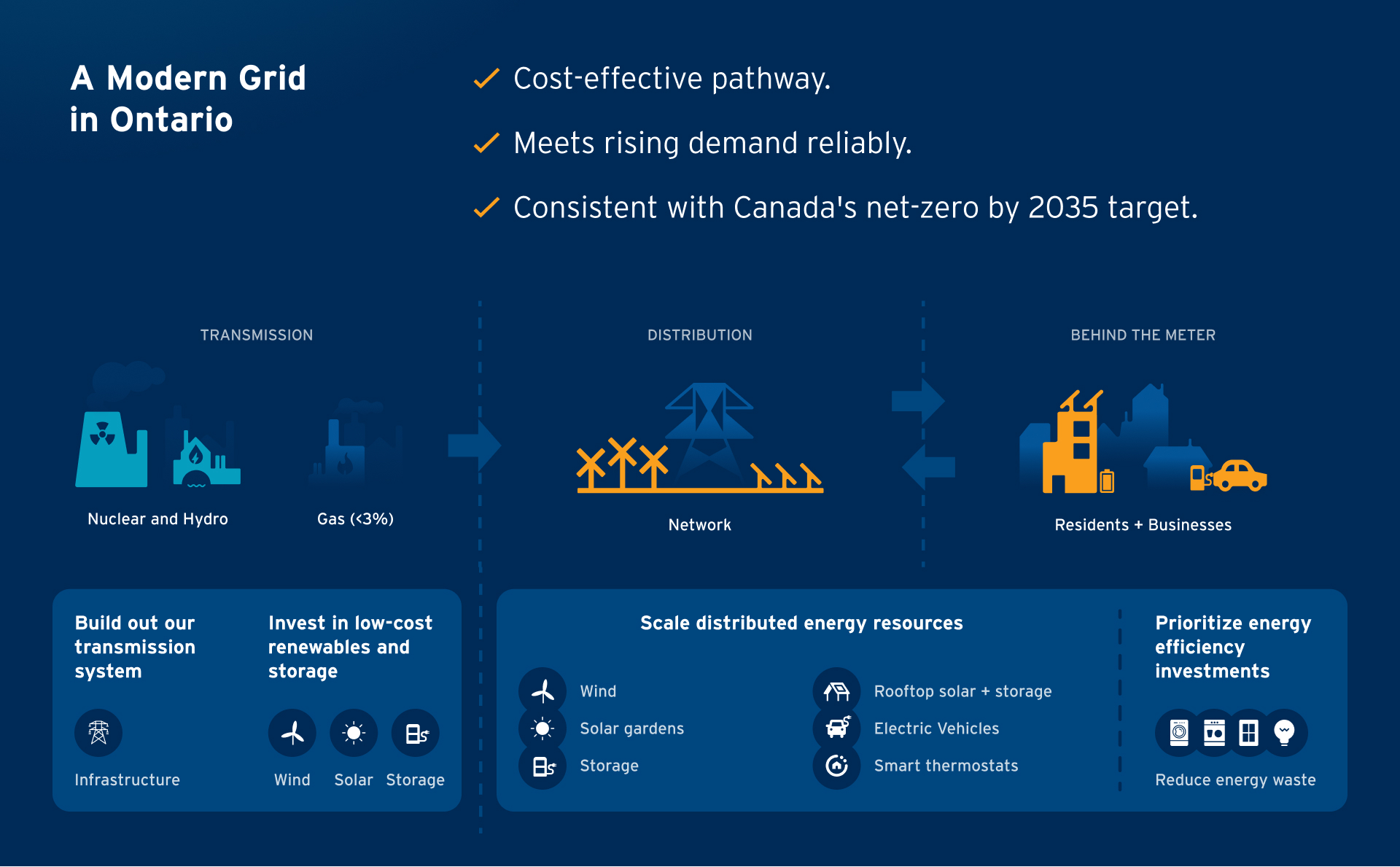 Through this approach, Ontario can reduce emissions to 85 per cent below projected levels by 2035, while keeping wholesale electricity rates on par with today’s prices. The research also frames an urgent need for critical planning and at-scale investments in decentralized, small-scale energy supply and demand resources.

This would in turn enable large-scale renewable energy projects with longer lead times. These are the primary building blocks of a modern, 21st-century electricity grid.

“It’s well established that Ontario’s coal phase-out was a world-leading accomplishment, later copied by jurisdictions around the world. It visibly improved the quality of life for millions of Ontarians and helped make the province a destination for cutting-edge, growth-oriented businesses and talent. Now, instead of leaning into our advantage, we risk falling behind as other jurisdictions invest in the clean grid infrastructure that the global economy demands,” says Langer.

A key finding of Power Advisory’s research is that the longer Ontario waits to act, the riskier and more expensive it will be to modernize our grid.

“Power Advisory’s modelling uses realistic assumptions that consider current policies, regulations, and emerging trends in the power system, consistent with the electricity system operator’s own modelling. All scenarios demonstrate the need for immediate action and the benefits of consistent investment over the next decade in the electricity sector,” says Travis Lusney, Director of Power Systems at Power Advisory. “Energy infrastructure takes time to build, we need to act now with the right enabling investments to lay the foundations for a net-zero grid by 2035. Delays and a narrow focus risks taking the most cost-effective solutions off the table.”