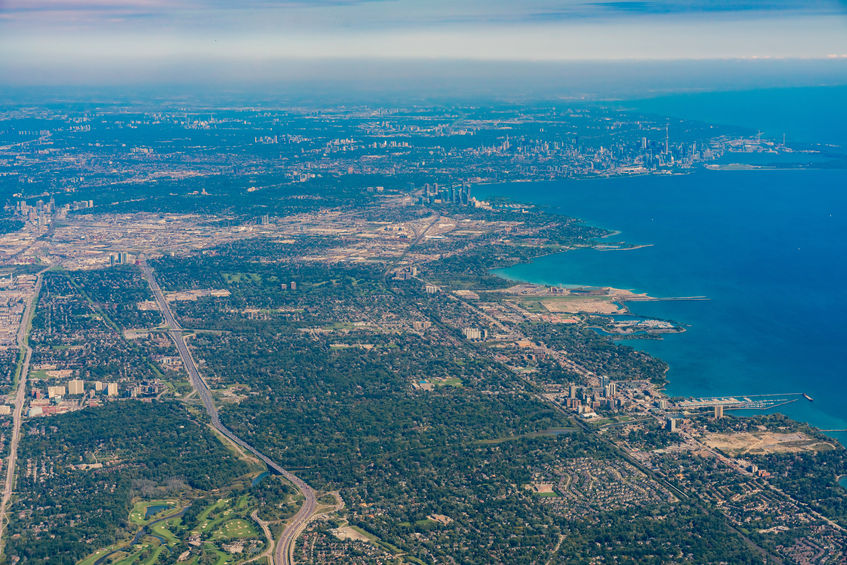 The municipal leaders said $10 billion in aid is needed for communities across the country, including Ontario, and federal and provincial governments must resolve their differences before cuts and fee hikes are forced upon communities.

The Large Urban Mayors’ Caucus of Ontario, the Association of Municipalities of Ontario, and the Mayors and Regional Chairs of Ontario penned a joint statement Monday to ratchet up pressure on the governments to come to a resolution.

”Our residents need support now,” the groups said in a statement. “The time is up for federal-provincial wrangling about how to share the costs.”

The groups’ request comes halfway through the municipal budget year, and they said time is running out for a commitment. They’re urging the federal government to address the issue in a fiscal update set for Wednesday.

The COVID-19 pandemic has resulted in hundreds of millions of dollars in additional costs and lost income for towns and cities, including steeply declining transit revenues.

Cam Guthrie, chair of the Large Urban Mayors’ Caucus, said municipalities do not want to raise property taxes or cut services but if they don’t receive urgent help they’ll have little choice.

”We are frustrated by the continued dance that seems to be happening between the province and the federal government,” he said. “We’re going to have to start thinking about taking some measures … to help with these dire fiscal positions that municipalities are in.”

Not allowed to run deficits by law, municipalities across Ontario have already been laying off thousands of staff during the pandemic.

Guthrie said Ford is correct, and also asked that the funding not be made too restrictive or bogged down by an overly bureaucratic process.

”It needs to be done in an expedited way,” he said. “We have had an excellent partnership with the province and the federal government, but this is starting to put a strain on that partnership when we have been raising this red flag for months now.”

Toronto Mayor John Tory has said his city is facing at least $1.5 billion in cost pressures this year because of the pandemic.

Had productive conversations with Mayors and Chairs from across Ontario this morning about what our municipalities need from the federal and provincial governments to continue to respond to the #COVID19 pandemic, while maintaining vital public services. pic.twitter.com/u5RuO3B3It

Our ability to continue to provide the high quality of public services that will be relied upon more than ever as we recover from this pandemic are threatened if we do not receive support now from the provincial and federal governments.

By gathering today, as representatives of every city and town in Ontario, we are committing again to working together to recover from #COVID19, but also to work with the federal and provincial governments to get the vital funding our cities need to get through this pandemic. pic.twitter.com/iLf7eqMMLt

Mississauga Mayor Bonnie Crombie said her city has already had to make difficult decisions because of financial pressures related to COVID-19, including laying off 2,000 staff.

Crombie estimated that the pandemic is costing her city $20 million a month.

STATEMENT: Cities can’t wait any longer. That’s the message from all municipalities in Ontario today to the provincial and federal governments. We need emergency support to cover the costs of the #COVID19 crisis and keep essential services going. pic.twitter.com/nDY6j7LhK2

A spokeswoman for Municipal Affairs Minister Steve Clark said the province is calling on the federal government to provide flexible funding to municipalities.

”Given the national scale and magnitude of the shortfalls facing Canadian municipalities, it is imperative that the federal government step up and join us in developing a plan to help our municipalities recover from the impacts of COVID-19,” Julie O’Driscoll said in a statement.

Another week during the #covid19 pandemic & the financial bleed in cities & communities across Ontario continues. Early Monday AM mtg with many @AMOPolicy mayors/chairs as we increase our advocacy to @JustinTrudeau & @fordnation for our @FCM_online $10b request for critical help. pic.twitter.com/2mbnuld6km

A spokeswoman for Infrastructure and Communities Minister Catherine McKenna said the government has proposed changes to its infrastructure funding model, including a new COVID-19 funding stream that would increase the federal cost-share for a broad range of projects and provide quicker approvals.

”Minister McKenna has been engaged with provinces, territories, municipalities, Indigenous leaders and other stakeholders on infrastructure measures aimed at addressing the current pressures facing communities due to the COVID-19 pandemic,” Lama Khodr said.

Ford said Kingsville and Leamington will move to Stage 2 as of 12:01 a.m. because COVID-19 outbreaks on local farms are under control and community spread of the virus is low.

Last week, the government dispatched Emergency Management Ontario to help co-ordinate health care and housing for more than 190 agri-food workers who have tested positive for the virus.

Most of Windsor-Essex, except for the two towns, moved to the second stage of reopening on June 25.

Ontario reported 154 new cases of COVID-19 on Monday, along with 160 newly resolved cases.

The province also saw no new deaths due to the virus over the previous day, the first time that has happened since late March.

The province completed roughly 17,303 tests for the novel coronavirus over the previous 24 hours.

This report by The Canadian Press was first published July 6, 2020.