By Holly McKenzie-Sutter and Allison Jones – THE CANADIAN PRESS On May 9, 2022 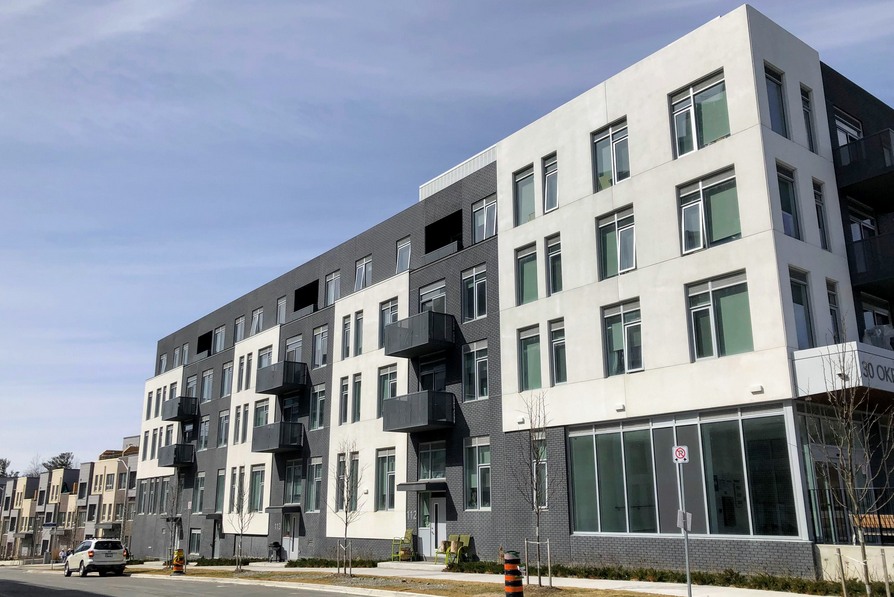 Ontario’s New Democrats and Progressive Conservatives are both promising to build 1.5 million homes in 10 years, with housing affordability becoming one of the main election issues in a province grappling with a dearth of supply and ballooning prices.

“That’s what folks tell me they want to see,” she said. “You can’t really build a life without getting out on your own and having a roof over your head to call your own.”

First released in November 2020, the NDP housing plan has since been updated to include home equity loans to help first-time buyers with a down payment. An NDP government would offer the loans to first-time buyers from households making up to $200,000 a year for up to 10 per cent of the purchase price.

Repayments wouldn’t be necessary until the homeowner moves and they would have the option of buying back the government’s share at any time.

The Progressive Conservative housing plan largely focuses on the supply side, though critics say it so far lacks the bold steps needed to build the necessary number of homes.

Paul Anglin, a professor of real estate at the University of Guelph, said he would prefer to see the supply side tackled.

“If you throw money in the direction of first time homebuyers, that will shift the demand curve, which will increase the price paid by second-time homebuyers,” he said.

“This is the fundamental paradox if you try to have demand-side policies. This is partly why I think attention now is looking at the supply side, to get past that paradox.”

The target of 1.5 million homes is “a very good headline,” Anglin said, but it is not clear to him how that will be achieved.

The Progressive Conservatives, who are seeking re-election, commissioned a housing affordability task force last year and the group’s report suggested that target.

House prices in Ontario have nearly tripled in the last 10 years, far outpacing income growth, the report said, but the province is 1.2 million homes _ both rental and owned _ short of the G7 average.

For too long the province has focused on ways to “cool” the market, but that will not fill the housing need, the report said.

“More supply is key,” it said.

The Tories have adopted that target and pledged to use the report as the basis for their long-term housing strategy.

But legislation earlier this year failed to include key task force recommendations on supply such as ending exclusionary zoning, in order to get more types of housing built aside from single-family homes, something the municipal affairs and housing minister blamed on a lack of municipal co-operation.

It contained measures to speed up processes such as the greenlighting of subdivisions, site plans that deal with elements such as walkways and parking, and modular multi-unit residential buildings.

The Progressive Conservatives said they would launch new consultations touching on increasing “missing middle” housing including supports for multigenerational housing, access to financing for not-for-profit developers and the housing needs of rural and northern communities.

“We’re going to hit our targets of 150,000 homes a year and how we’re going to do it, we’re working collaboratively,” he said.

“The province is giving the tools to the municipalities. No. 1 to standardize the process right across the province, to speed up getting the permits out there, cutting red tape and regulation, compared to the NDP and Liberals. They don’t believe in development, they just don’t.”

The NDP and Liberals criticized the Progressive Conservative housing plan for not containing enough to help renters.

New Democrats pledge to bring back “real” rent control _ the Tories removed rent controls on new units _ as well as crack down on landlords who evict tenants by claiming the need for renovations and restore the right to in-person hearings before the Landlord and Tenant Board.

That’s an area in which governments could do more to help people, rather than just focusing on supply of houses for homeowners, Anglin said.

“I suggest that somebody who’s even contemplating buying _ they’re paying $1 million or $2 million for a home _ is in a very different position than somebody who has trouble paying $1,000 a month, or even finding a place that charges $1,000 a month rented,” he said.

The Liberals have not yet released their housing plan, but Liberal Leader Steven Del Duca criticized the Tory plan for a lack of help for renters and first-time home buyers.

This report by The Canadian Press was first published May 6, 2022.