Ontario has laid out a 30-year vision to grow transportation networks around Toronto, including road expansions, potential new transit networks and proposed new highways, although much of the plan isn’t fully costed.

Premier Doug Ford, who will be seeking re-election with his Progressive Conservatives in June, announced the long-term plan on Thursday at a location along the route of the planned Highway 413, a key plank of his government’s road expansion proposal.

The public hasn’t been shown a full cost for that project, or for the planned Bradford Bypass highway, another previously announced element of the wide-ranging but vague transportation development plan.

“A province that is growing as fast as ours needs a transportation network to support it,” Ford said in Woodbridge, Ont.

“We need more roads, more highways, more options to get around, and that’s exactly where we’re putting your money.” 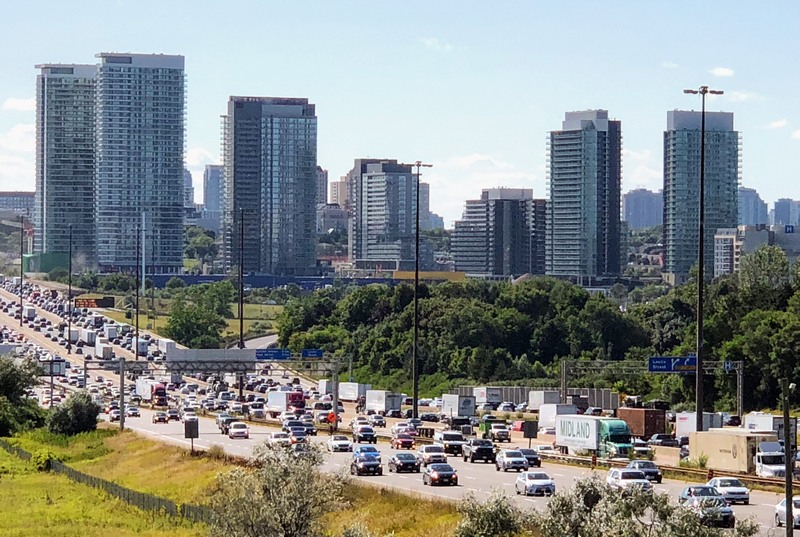 The province said the Greater Golden Horseshoe region – which stretches to Georgian Bay in the north, south to Lake Erie, west to Wellington County and Waterloo Region and east to Peterborough _ is expected to grow to 15 million people by 2051, from the current population of 10 million.

Materials presented by Transportation Ministry officials described the area as the “economic engine of the province and country,” and said the transportation plan aims to fight anticipated gridlock and efficiently move goods.

Those materials didn’t include cost breakdowns for many of the specific projects. But over the next decade, the province said it plans to spend $61 billion on public transit and more than $21 billion on highways.

The highway costs include parts of the Bradford Bypass and Highway 413 projects. Construction start dates haven’t been set for either highway, and concerns have been raised about environmental impacts and whether the routes will save drivers much time on their journeys.

Ford did not directly answer when asked Thursday why the public doesn’t know the full costs of the highways. He said the growing population needs “to get from point A to point B as quickly as possible.”

“People don’t want to be sitting in gridlock. We’re going to make sure we continue building highways and roads and bridges across this province,” he said.

The transportation plan also mentioned new “conceptual” transit connections between Burlington and Oshawa north of Toronto and a loop connecting the Ontario transit line to Toronto’s Personal International Airport, though few details were presented on proposed routes and other details of those plans.

There are also plans to widen and expand existing highways.

New Democrat Leader Andrea Horwath, whose party intends to scrap both the Bradford Bypass and the Highway 413 projects if elected in June, criticized the highway plans as unnecessary and environmentally damaging. She also said the long-term transportation plan presented was unrealistic.

Green Leader Mike Schreiner called both highways “financial and climate disasters” that would ultimately make life less affordable as people are forced to live further from their jobs and commute longer.

“Ford’s transportation plan is going to pave over our children’s future,” he said.

This report by The Canadian Press was first published March 10, 2022.