The Financial Accountability Office of Ontario’s (FAO) annual labour market report reveals a strong performance in 2019 with 210,000 net new jobs, the largest increase in the level of employment on record. The annual unemployment rate remained at 5.6 per cent, unchanged from 2018, but the lowest rate since 1989.

The strength in job creation was accompanied by sustained growth in average wages, and an increase in the proportion of Ontarians participating in the workforce for only the second time in the past 10 years.

According to the report, Ontario’s labour market continues to face important challenges, including an uneven distribution of labour market gains across the province’s communities, a surge in self-employment, and a decline in average hours worked per employee, partially reflecting rising part-time employment. 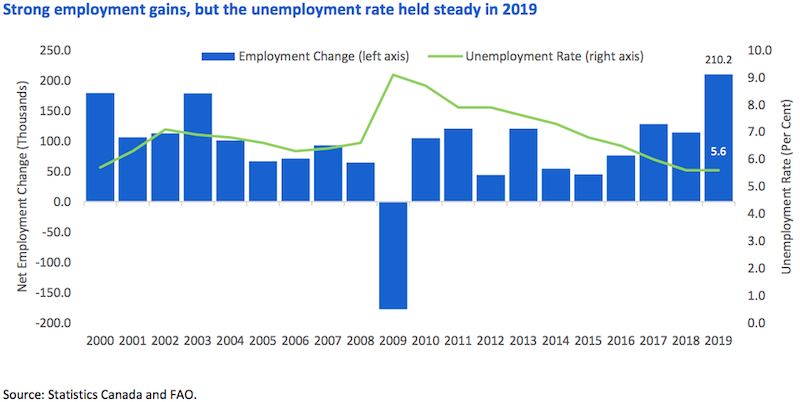 The service sector accounted for the bulk of Ontario’s job creation last year, with employment rising by 196,000, the largest annual gain on record. Within the service sector, job creation was particularly strong in health care and social assistance (54,000, +6.4 per cent) and professional, scientific and technical services (45,000, +7.1 per cent). 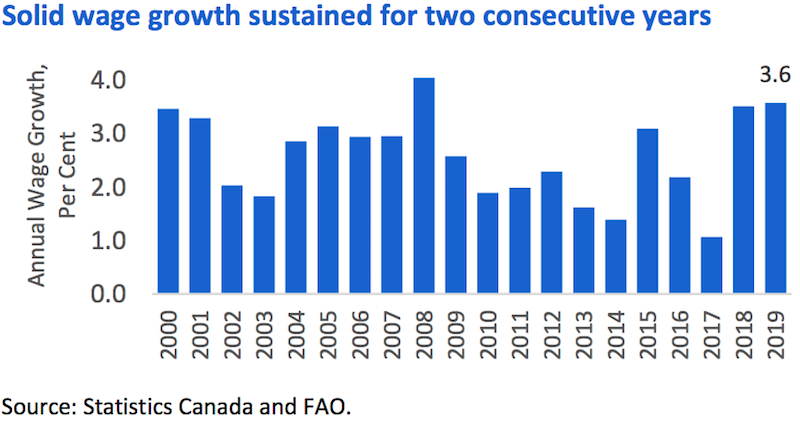 Solid wage gains were recorded in professional, scientific, and technical services (+5.8 per cent), manufacturing (+5.7 per cent), and construction (+5.5 per cent). Workers in the broader public sector recorded more modest wage gains. For example, wages for health care and social assistance workers increased by just 0.5 per cent on average, while average education sector wages increased by 1.7 per cent.

Wages for female workers increased by 3.8 per cent in 2019, outpacing a 3.3 per cent rise for male workers, and marking the third consecutive year of a declining gender wage gap.

With healthy employment and wage growth, the proportion of Ontarians choosing to participate in the workforce increased to 65.1 per cent in 2019, up from 64.5 per cent in the previous year. This marked only the second increase in the overall labour force participation rate in the past 10 years. 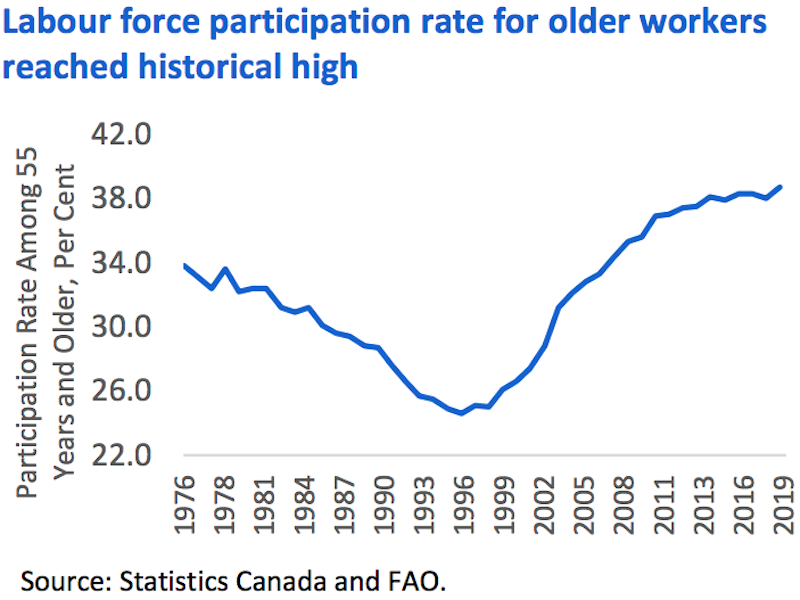 Despite the strong job gains in 2019, the report states that five out 15 Census Metropolitan Areas (CMAs) in Ontario saw a drop in employment, with the largest declines in Peterborough, Thunder Bay, and St.Catharines-Niagara.

Ontario’s strong 2019 labour market performancesSince the 2008-2009 recession, most of Ontario’s job gains have been concentrated in large CMAs, in particular Toronto. From 2010 to 2019, Toronto accounted for almost two-thirds (65.9 per cent) of the job creation in Ontario, higher than its share of population. 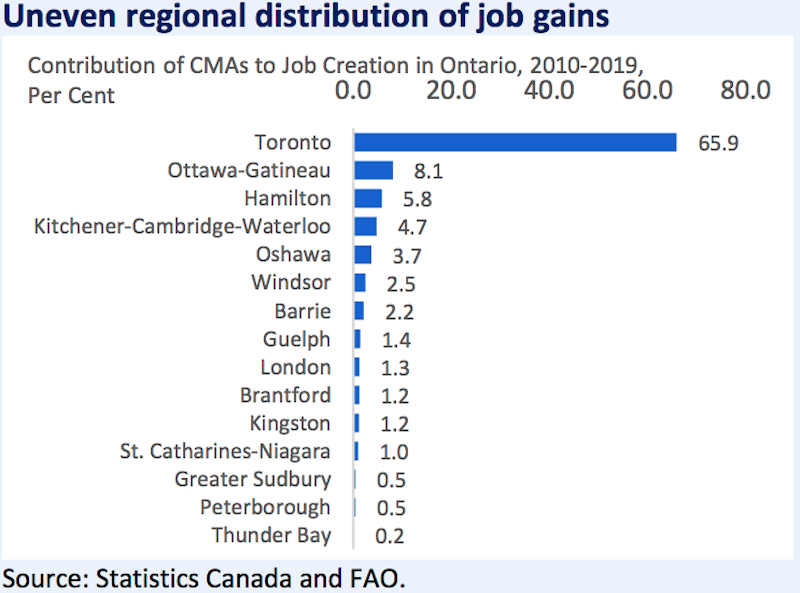 Self-employed individuals without paid workers rose by 80,000 jobs (+10.3 per cent) in 2019, the largest on record and accounting for nearly two out of every five new jobs created in Ontario. As a result, the share of this category of self-employed in total employment rose to 11.5 per cent, the highest on record.

In 2019, Ontarians worked 32.3 hours on average per week, the lowest on record. Average actual hours among paid employees declined across most industries, with the largest declines in health care and social assistance (-3.3 per cent), public administration (-3.0 per cent), and wholesale and retail trade (-2.9 per cent).

The decline in average hours worked in 2019 partially reflects the rising share of part-time employees in the workforce. It also helps to explain why the increase in employment (+2.9 per cent) last year outpaced the estimated growth in real economic output (+1.7 per cent) by a substantial amount. 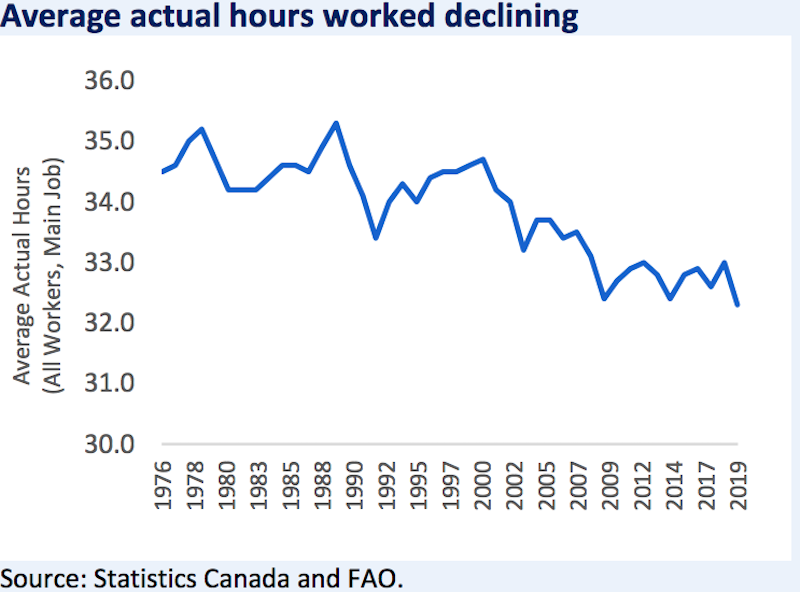 GTA home sales forecast to climb 10 per cent this year, January sales up 15.4%