The Ontario government reports that is moving to the next stage of planning for the Yonge North Subway Extension. According to a government release, the Initial Business Case and supplementary analysis for the project, released by Metrolinx, shows that the extension would strengthen connections to jobs and housing, take thousands of cars off our roads and provide more people with access to transit. 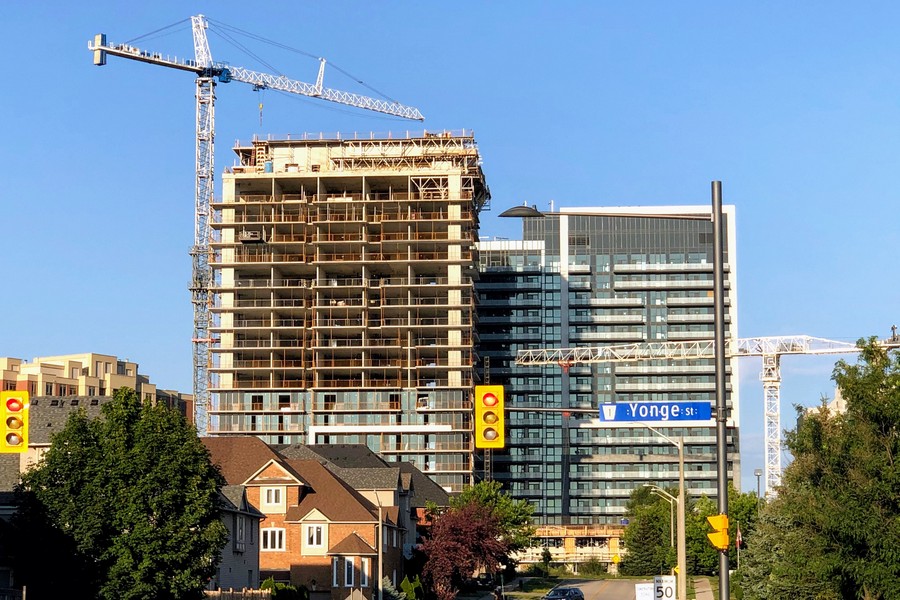 “As we continue to keep up with tremendous growth in Toronto and York Region, our government is delivering on our plan to provide people with access to faster, more reliable transit to get them where they need to go,” said Caroline Mulroney, Minister of Transportation. “The release of the Initial Business Case marks an important step towards our vision for a truly connected transit system that people in the Greater Toronto Area deserve.”

The Initial Business Case and supplementary analysis outline options for an approximately eight kilometre extension of the Toronto Transit Commission’s Line 1 subway from Finch Station to Richmond Hill. The province and Metrolinx will be moving forward with further analysis on a route that will provide access to transit within walking distance to 26,000 more people and reduce commute times to downtown Toronto by up to 22 minutes.  The route explored in the supplementary analysis sees a reduction in the the number of stations for the planned extension, tunneling under an existing neighborhood and moving part of the route above ground in attempt to cut costs.

As we continue to keep up with tremendous growth in Toronto and York Region, our government is providing people with access to faster, more reliable transit to get them where they need to go. pic.twitter.com/2QUFYWxu4g

“We’re so pleased to be taking this important step forward with the Yonge North Subway Extension and we’re eager to get out there in the communities to share more details about how this important and much-needed project will benefit people,” said Phil Verster, President and CEO of Metrolinx. “We know a fast, seamless subway connection between Richmond Hill and downtown Toronto has been envisioned for a long time, and we can’t wait to make that vision a reality.”

According to the government’s release, Ontario will continue to work in collaboration with York Region and the City of Toronto to deliver the Yonge North Subway Extension and to build a transit system that maximizes benefits for riders.

Say “NO!” to Metrolinx’s plan to tunnel the Yonge North Subway Extension under homes through #Thornhill’s Royal Orchard neighbourhood. Sign the petition and have your say: https://t.co/Th6tjNYguz

“Together with our municipal partners and Metrolinx, we are keeping our promise to build this much-needed subway project. With economic benefits totalling over $3.6 billion, along with new investment in the region and the benefit of creating thousands of jobs during construction, this project makes sense,” said Kinga Surma, Associate Minister of Transportation (GTA). “However, to build projects of this magnitude, we need everyone at the table. We continue to call on the federal government to commit to paying their fair share, at least 40 per cent of these four nationally-significant subway projects.”

In regards to the Yonge Subway extension line through York Region, what does the first T in TTC stand for? Oh right, Toronto. Let’s ensure Toronto focused transit has the capacity required before we add more regions to it. #topoli #onpoli

“The merits of this transit project are well documented and the Initial Business Case for the Yonge North Subway Extension further justifies the much needed investment in York Region’s top transit priority,” said Markham Mayor Frank Scarpitti. “The extension to Markham and York Region will meet current travel demands, provide greater access to other rapid transit lines, serve urban growth centres and support a sustainable future. We need to advance this project and get shovels in the ground.”

In April 2019, the province announced its new transportation vision, with a preliminary estimated cost of $28.5 billion. This includes the largest subway expansion in Canadian history with the all-new Ontario Line; a three-stop Scarborough Subway Extension; the Yonge North Subway Extension; and the Eglinton Crosstown West Extension.

🚇 We’re back with big news! 🚇
Find out how the Yonge North Subway Extension could save you up to 22 minutes on a trip from York Region to downtown Toronto, with up to four stations along the way. https://t.co/CRUEkE9src #YorkRegion

Quick Facts (Provided by the Government of Ontario)

Average rent down 6 per cent in Canada year over year: report