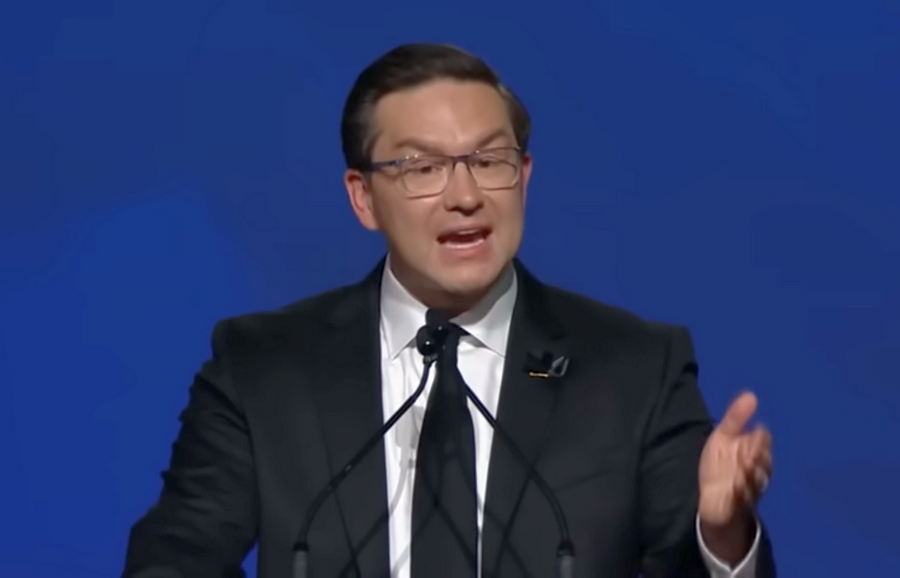 OTTAWA – Pierre Poilievre was elected as the new leader of the Conservative Party of Canada on Saturday night, a definitive first-ballot victory after a campaign that focused on securing more “freedom” for Canadians.

Here is a look at some key pledges from his leadership campaign.

Poilievre has promised to cancel Ottawa’s carbon price on consumer goods and build more pipelines. He says Canada would rely on technology to tackle its greenhouse-gas emissions, but hasn’t provided further detail.

He promised to enact a “Pay-As-You-Go Law” that would cap federal spending at its budgeted amount and force it to find savings when something new is added. Poilievre says emergencies such as natural disasters and pandemics would be exempt from his rule, but new spending projects would require officials to look at existing budgets and to find what can be cut or changed to curb spending.

Poilievre said a government led by him would promote free speech on university campuses by withholding federal funding to institutions that don’t commit to doing so. He also promises to appoint a former judge as a “free speech guardian” to probe any alleged violations.

Poilievre pledged to adopt a bill first introduced by former Conservative leader Andrew Scheer, who helped with his campaign, that would subject the central bank to the federal auditor general. He also received intense criticism for a promise to fire Tiff Macklem as the Bank of Canada governor over the country’s high rate of inflation. Poilievre also promised to ban the central bank’s proposed digital currency, although early in the campaign he also pledged that a Poilievre government would make it easier for Canadians to use cryptocurrencies such as Bitcoin.

Poilievre said he’d force cities such as Toronto and Vancouver to increase new home building by 15 per cent, under threat of losing federal funding, in an effort to bring down housing prices. He also promised a slate of other measures, including paying an extra $10,000 to municipalities for every new home that is built, and converting federal properties into affordable housing.

He promised to incentivize provincial governments to ensure licensing bodies rule on newcomers’ applications within 60 days. Poilievre also said he would provide more study loans to those immigrating to Canada who need extra training to meet licensing requirements.

The federal Libs, NDP, and Greens have no idea how appealing this talk is to people under, say, 35.

They’re going to get killed on housing, and lose the “youth” vote unless they can top this. https://t.co/OwMr0qTZT3

This report by The Canadian Press was first published Sept. 10, 2022.