CALGARY – Four years after an oil price crash that’s been blamed for more than 40,000 oilpatch job cuts in Western Canada, stability is returning to the residential rental market.

Apartment owners including Boardwalk REIT and Mainstreet Equity Corp., along with smaller operators and industry observers, say that people moving to the region, and generally lower unemployment rates on the Prairies are driving vacancy rates down and allowing rents to rise. 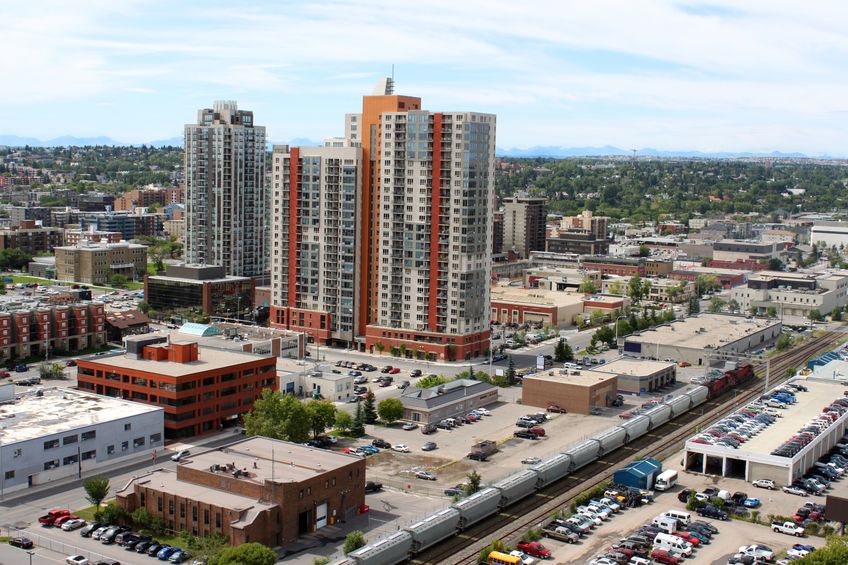 Rental market strength is also being supported by weakness in the home-buying market – renters lack the confidence to buy a house given bad news in the oilpatch, rising interest rates and the federal “mortgage stress test” that makes it harder to borrow.

“For many people out there, they might not be directly tied to the energy sector, but they’re concerned about it and if that sector slows and there’s no growth there, what does that mean for prospects for the entire city, for the entire province?” said Ann-Marie Lurie, chief economist for the Calgary Real Estate Board.

Earlier this month, the board reported that home sales in February were 10 per cent lower than in the same month last year and the average price was down 6.5 per cent, a trend Lurie expects to continue this year.

In Edmonton, year-to-date sales for all residential categories through the first two months were down 11 per cent compared with last year and February average prices were down for both condos and single-family homes.

By comparison, the rental market is a bright spot – in its annual rental report late last year, CMHC said vacancy rates fell from 7.5 per cent in 2017 to 5.5 per cent in 2018 in Alberta and from 9.3 per cent to 8.7 per cent in Saskatchewan.

Both are a far cry from the overall national apartment vacancy rate of 2.4 per cent.

“Calgary and Edmonton now have some of the most affordable rents in the entire country. Five or six years ago, we had the exact opposite situation, where our rents were one of the highest,” Sam Kolias, chairman and CEO of Boardwalk REIT, said in an interview.

The landlord said affordability is the biggest factor in lower vacancy rates, pointing out that average rents for occupied apartments in the Boardwalk portfolio peaked at $1,199 per month in the third quarter of 2015, hit a low of about $1,075 in the summer of 2017, and are now back at $1,138.

About 24,000 of the company’s 33,000 rental units are in Alberta and Saskatchewan. The rest are in Quebec and Ontario.

The improved rent picture means there are fewer incentives being offered to tenants, but doesn’t yet justify building new properties, Kolias said.

In 2014, a typical one-bedroom suite in one of his three four-storey walk-ups in Calgary would rent for $1,125, he said. Under competitive pressure, the rate fell to under $800 and is now back up to about $915.

Rental rates fell off quickly after 2015 in Calgary, which was hardest hit by the oilpatch crash, and about a year later in Edmonton, said Mark Hawkins, owner of website RentFaster.ca.

He said the current bounce back in rents in Alberta indicates the market has hit bottom and rents will likely continue to rise through the rest of the year.

Mainstreet Equity Corp., which has about 12,200 rental units in Alberta, B.C. and Saskatchewan, reported its same-asset vacancy rate dropped to about six per cent in the last three months of 2018 from 11.3 per cent in the same period a year earlier, bumping up associated revenue by eight per cent.

Founder and CEO Bob Dhillon said the crash of 2015 resulted in a surplus of condominium units on the Prairies that couldn’t be sold and wound up being put on the rental market.

The result was higher vacancy rates, lower rents and higher costs as landlords paid more for advertising and apartment upgrades, while also being hit by higher property taxes and employee wages.

“If (the market) is not balanced, it’s slowly getting to be balanced,” Dhillon said.

“But I want to be very clear, balanced doesn’t mean the rent levels are the same as four years ago. It just means the bleeding has stopped.