Promise tracker: What the Ontario parties are pitching on the campaign trail 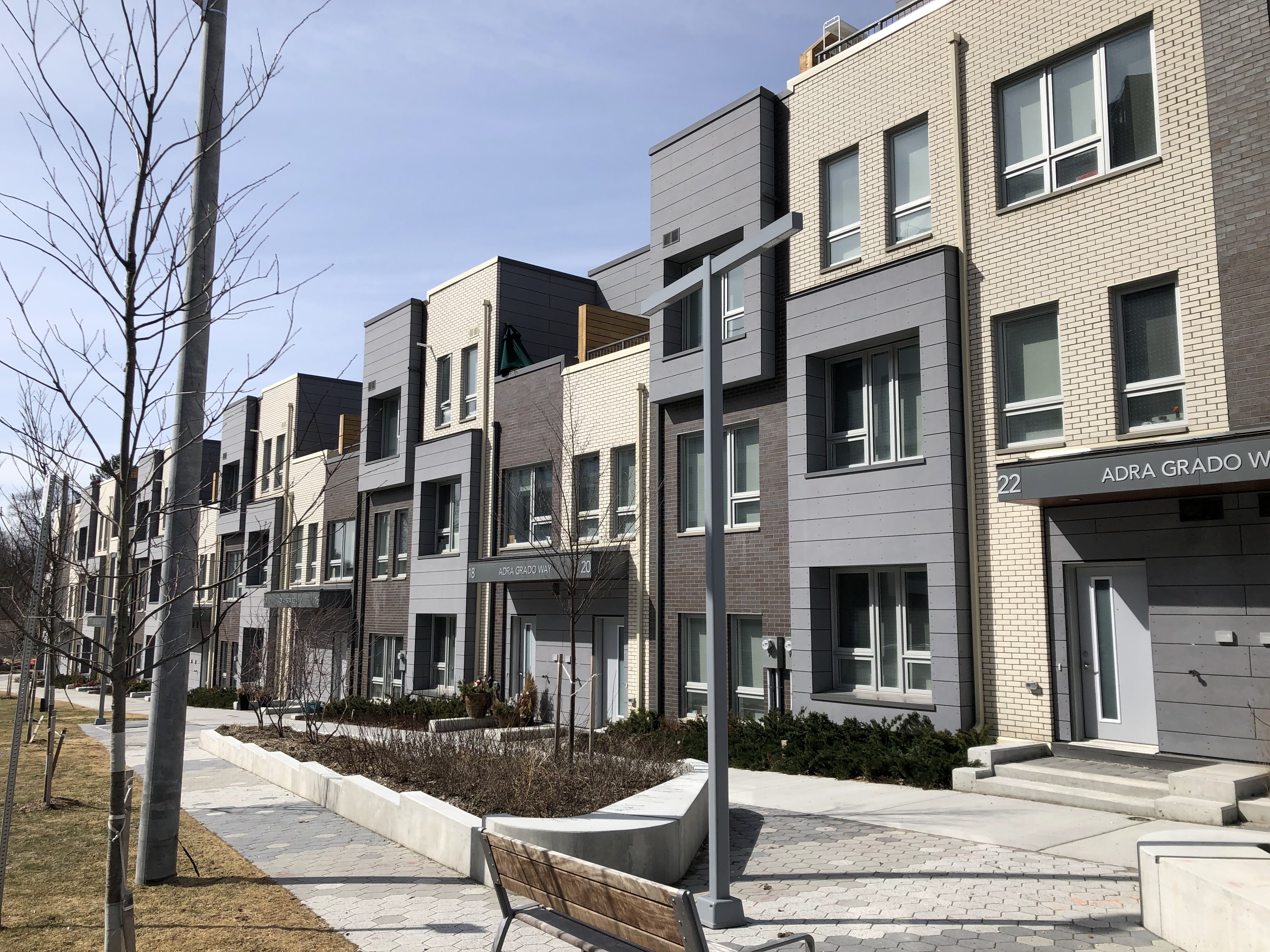 TORONTO –  A running list of election promises announced by the Progressive Conservatives, NDP, Liberals and Greens in Ontario since late March:

May 9: Increase disability support payment rates by five per cent and introduce legislation to tie annual increases to inflation.

May 7: Continue with work to build road infrastructure to the Ring of Fire.

May 4: Build Highway 413 across Halton, Peel and York regions.

April 28: Spend $158.8 billion over 10 years for highways, transit and hospitals, with $20 billion promised this year alone. Highway projects include Highway 413 and the Bradford Bypass, widening Highway 401 east from Pickering, and improving the QEW Skyway. Hospital investments include $1 billion each for projects at the Scarborough Health Network and Unity Health. Transit projects include continuing Ontario Line work, a Sheppard subway extension, the Eglinton Crosstown West extension to the airport, weekday GO trips between London and Union Station, and passenger rail service to northeastern Ontario.

Implement a new Ontario Seniors Care at Home tax credit that would refund up to 25 per cent of eligible expenses up to $6,000, for a maximum credit of $1,500.

Enhance the Low-Income Individuals and Families Tax Credit, boosting the maximum benefit from $850 to $875 and allowing people making up to $50,000 to qualify, up from a limit of $38,000.

Move some provincial agencies out of Toronto in a bid to save on real estate costs and bring jobs to other regions.

April 27: Invest an additional $15.1 million over three years to improve and expand the Immigrant Nominee Program.

April 26: Move the Workplace Safety and Insurance Board head office from Toronto to London, Ont.

April 20: Introduce a legislative amendment to raise compensation for workers injured on the job.

May 7: Offer grants of $7,000 to $11,000 for energy efficient upgrades on people’s homes and interest-free financing for costs over that amount.

May 6: Build 1.5 million homes in 10 years with a mix of starter homes, rental homes and affordable housing. Build at least 250,000 affordable and non-market rental homes operated by public, non-profit and co-op housing providers. Bring back real rent control and scrap vacancy decontrol. Mandate universal design for accessibility. Allow first-time buyers with household incomes under $200,000 to access home equity loans of up to 10 per cent of the purchase price to help with their down payment.

April 26: Reform lobbyist legislation so every meeting is publicly reported. Restore the cap on annual political donation limits to $1,600 from $3,200. Restore the auditor general’s power to veto government advertising as partisan. Allow an all-party committee to review every government appointee. Ban public board chairs from engaging in partisan activity.

Begin working immediately on pharmacare for Ontario, instead of waiting for a federal plan, and strengthen and accelerate the expansion of dental care.

Create a mixed-member proportional voting system designed by an independent group of citizens.

Hold a public inquiry into the COVID-19 response.

Reduce Ontario’s greenhouse gas emissions by at least 50 per cent below 2005 levels by 2030 and achieve net-zero emissions by 2050. Establish a new cap-and-trade system. Offer up to $10,000 incentives for zero-emission vehicles, excluding luxury vehicles. Expand the Greenbelt. Ban non-medical single-use plastics by 2024.

Introduce an energy-efficient building retrofit program to help families and businesses with the cost of retrofitting their homes and lowering electricity bills.

Implement a provincial anti-racism strategy; appoint a minister responsible for anti-racism. Erect a Holocaust memorial on the grounds of the legislature. Immediately pass the Our London Family Act to combat Islamophobia.

April 22: Plant one billion trees by 2030. Establish a Youth Climate Corps. Mandate all newly built public, residential and commercial buildings to have net-zero emissions by 2030. Have 100 per cent of vehicle sales be zero emission by 2035. Introduce a new cap-and-trade program. Electrify all municipal transit by 2040. Give households $600 to install electric vehicle charging stations.

April 12: Implement a $25-an-hour minimum wage for registered early childhood educators and $20 for other program staff.

May 10: Work with the federal government to give Ontario more control over immigration to the province. Appoint a dedicated immigration minister to help newcomers work in their areas of expertise. Strike a northern immigration advisory panel of regional municipal leaders and economic development officers to ensure a new immigration system is “in the best interests of the North.”

Ensure everyone can access a family doctor or nurse practitioner within 24 hours, regardless of where they live. Cover tuition costs for medical and nursing students who commit to working in a rural or remote community.

Construct new roads to access the Ring of Fire. Give northern municipalities a rebate of five per cent of the provincial mining tax.

Ensure the completion of several northern highway projects, including the four-laning of highways 69 and 11/7 between Thunder Bay and Nipigon, and the reconstruction of Highway 101 in Timmins. Introduce a refundable tax credit of $75 per winter tire and $100 per studded tire in northern Ontario.

Restore service on the Northlander rail line from Toronto to North Bay within two years and plan for passenger rail further north, including extending the Polar Bear Express south to Timmins.

May 9: Balance the budget by 2026-27, though making room for “unforeseen circumstances” and not if it comes at the cost of health or education investments.

Invest an additional $3 billion in mental health and addictions services and lift the cap on new Consumption and Treatment Services sites.

Forgive all student loans for nurses, paramedics and other health-care workers on the front-lines of COVID-19.

Use ranked ballots for the next provincial election, and allow municipalities to use it, and explore other voting changes such as lowering the voting age.

May 7: Add COVID-19 vaccination to the list of compulsory immunizations for school attendance, while maintaining current exemption provisions.

May 3: Reduce greenhouse gas emissions by 50 per cent below 2005 levels by 2030 and achieve net zero emissions by 2050. Strengthen requirements of industrial emitters and reinvest and match all proceeds into grants, tax credits and loan guarantees through a Green Jobs Fund to support made-in-Ontario clean technology. Put $9 billion over four years into a clean economy plan, creating 25,000 new green jobs and the Green Jobs Fund. Expand the Greenbelt and designate 30 per cent of Ontario land as protected, up from 10 per cent. Provide 100,000 grants of up to $3,000 each year to people and businesses with green renovations. Ban new natural gas plants. Eliminate set-up connection fees for rooftop solar panels. Introduce a new $250 million-a-year fund to help communities become climate resilient. Divert and recycle 60 per cent of waste from landfills by 2030 and 85 per cent by 2050. Update the building code to require new buildings and renovations to be held to energy efficiency and climate resiliency standards by 2025.

Offer rebates of up to $8,000 for electric vehicles up to retail prices of $65,000 and $1,500 for charging equipment. Require all new passenger vehicles sold in Ontario to be zero-emission by 2035.

May 2: Make all transit fares across the province $1 per ride and reduce monthly transit passes to $40 until January 2024. Invest an additional $375 million in annual transit operating funding. Make public transit free for veterans.

April 29: Remove the provincial portion of the HST on prepared foods under $20.

Create a new tax bracket of 15.16 per cent on individual income above $500,000. Implement a one per cent surtax on corporations operating in Ontario with profits of more than $1 billion a year.

April 25: Top up the amount received by pensioners through the Guaranteed Annual Income System by $1,000 and increase the eligibility threshold to $25,000 for single seniors or $50,000 for couples.

April 19: Ban the sale, possession, transport and storage of handguns. Participate in a federal buyback program. Work with the federal government to stop gun smuggling across the border.

April 12: Establish $10-a-day before- and after-school care. Top up the 18-month federal parental leave program. Reintroduce the Pay Transparency Act. Require publicly listed companies to disclose how many women and people from equity-deserving groups are on boards and in senior management. Require companies bidding on government contracts to achieve equitable representation. Create an Ontario Women’s Health Strategy. Provide free menstrual products in schools, libraries, transit stations. Expand the Ontario Fertility Program to cover one cycle of egg freezing. Introduce legislation to give people the right to ask police if their partner has a history of domestic violence. Create at least 3,800 more supportive homes over 10 years for women fleeing domestic abuse.

May 3: Expand the number of women’s health clinics and abortion clinics in Ontario.

May 2: Amend the Greenbelt Act to make putting new highways through the protected area illegal.

April 27: Implement a multiple homes speculation tax on purchases of new homes for buyers who already own two or more homes or condos, starting at 20 per cent for the third home purchased and increasing with each additional home.

April 22: Double the size of the Greenbelt to include a Bluebelt of protected waterways. Implement a moratorium on new gravel mining permits to protect water and farmland.

April 21: Immediately clean up mercury poisoning in Grassy Narrows First Nation. Require the Ministry of Environment to develop and report on a strategy to address environmental racism. Establish stricter monitoring and enforcement standards for air and water pollution in areas with health risks from multiple industries such as Aamjiwnaang First Nation. Increase access to green space in neighbourhoods with larger racialized communities. Safely close the Line 5 pipeline.

April 8: Implement the UN Convention on the Rights of Persons with Disabilities. Change the Ontario Building Code to ensure new housing in multi-unit residential buildings is accessible.

April 1: Offer rebates of up to $10,000 for electric cars, and $1,000 for e-bikes and used electric cars. Bring 60,000 diverse young people into the green workforce and provide one year of free tuition and guaranteed apprenticeship. Increase sustainable, circular and Indigenous-led access to critical minerals and metals. Scale up electric vehicle innovation and production with a $5-billion EV mobility and green technology innovation fund and a $4-billion climate bank.

This report by The Canadian Press was last updated May 11, 2022.