The City of Québec has launched a call for tenders to professional services in landscape architecture, urban design and environmental services for the development of an enhancement plan for the four major rivers within the municipal boundaries of the City of Québec, specifically the Cap Rouge, Saint-Charles, Beauport and Montmorency rivers.

The enhancement plan has five components, of which four are to be carried out by the contractor: analysis and synthesis, vision and design criteria, master plan, and definition of the architectural and landscape aesthetic. The fifth component, public consultation, is to be conducted by the City, but could require the ad hoc participation of the contractor. 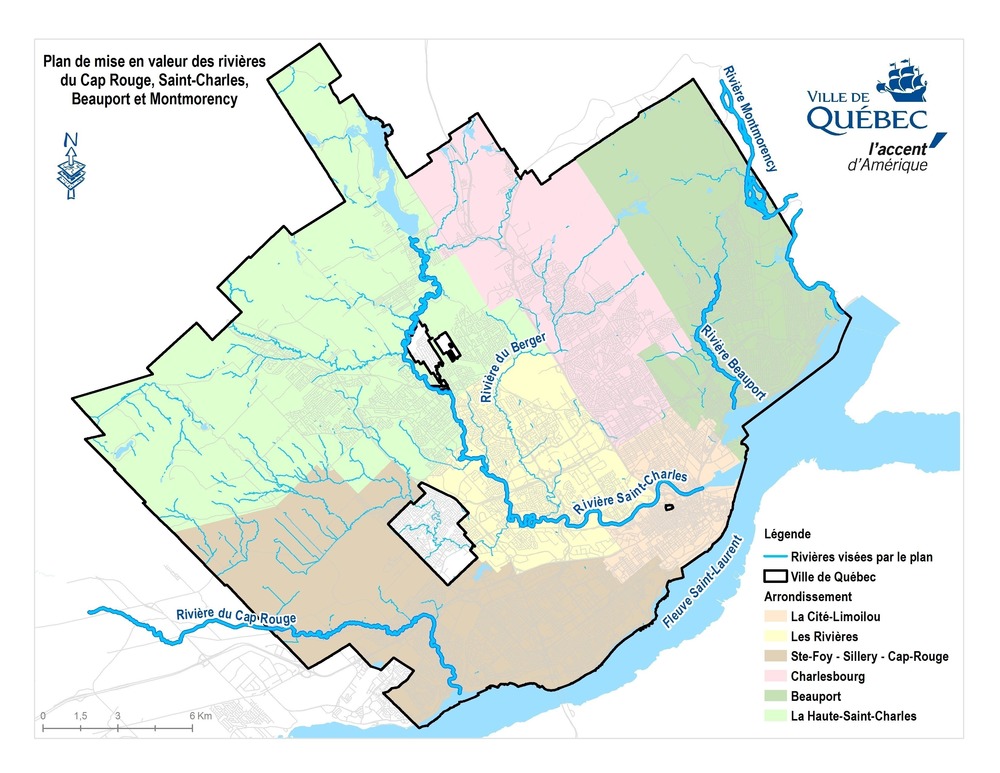 A map of the rivers and urban zones identified in the Quebec City call for tenders. Image via City of Quebec

The bid documents are available through SEAO: http://www.seao.ca or 1 866 669-7326. That organization may charge fees for the release of the documents. Submissions will be received by the Service des approvisionnements, 50 Marie-de-l’Incarnation Street, 2nd floor, Québec City, Québec, G1N 3E7. The office is open Monday to Friday from 8:15 a.m. to noon and 1:15 to 4:00 p.m.

Financial guarantees and other requirements may be indicated in the bid documents.