The Quebec Professional Association of Real Estate Brokers (QPAREB) has just released its residential real estate market statistics for the Quebec City Census Metropolitan Area (CMA) for the month of June, based on the real estate brokers’ Centris provincial database.

“The Quebec City CMA has registered its first significant drop in single-family home sales after 13 consecutive months of record-breaking activity. The main factor holding back sales in the Quebec City market is the rapid drop in active listings, which has affected all property categories over the past 12 months. The inventory of single-family homes available for sale has been cut in half, which has contributed to an overheated1 market and strong upward pressure on prices,” said Charles Brant, director of the QPAREB’s Market Analysis Department. “The rapid increase in prices and the measures put in place by federal authorities to calm the market and limit buyers’ borrowing capacity have also played a role, albeit a secondary one compared to other CMAs in the province where the price growth almost doubled that of Quebec City over the past 12 months,” he added. 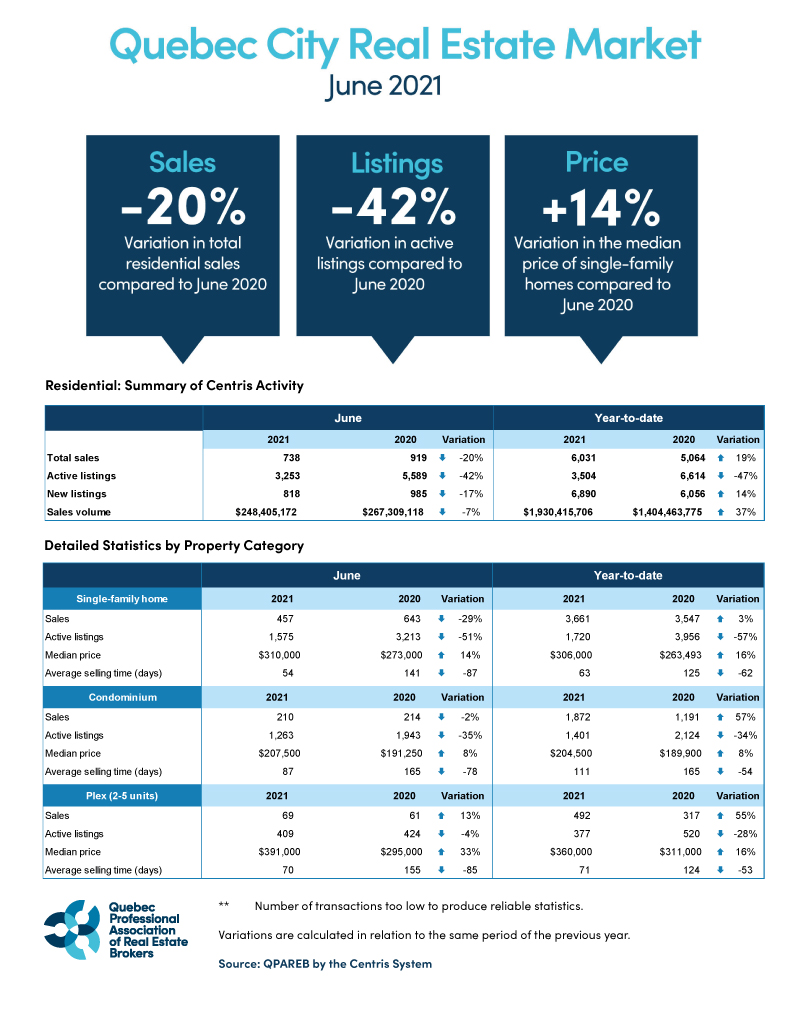