According to the Quebec government, the major floods that occurred in the spring of 2019 in several regions of Quebec affected more than 250 municipalities, flooded thousands of homes, forced the evacuation of more than 10,000 people and led to the closure of several roads.

On May 1st,  a ministry action group on the floods was established, with a mandate to ensure the prompt care and compensation of those affected and to prepare the government and stakeholders to cope with the floods that could occur in 2020. 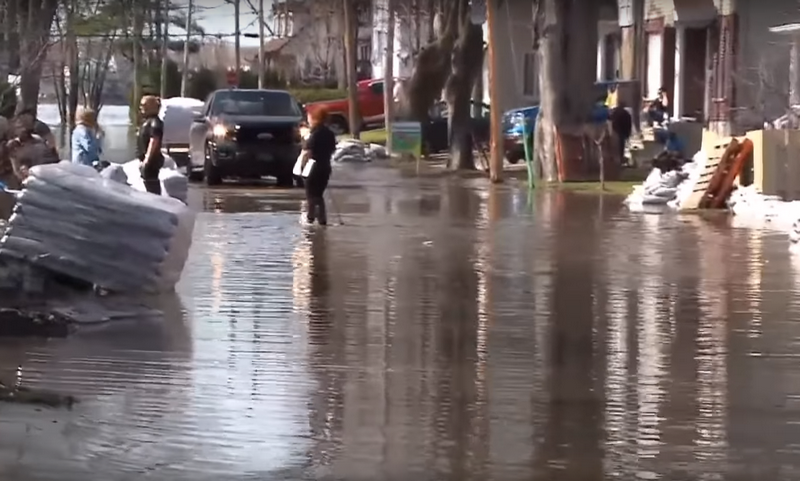 Following the major floods this spring, the Québec government intends to promote more rigorous management of flood-prone areas. The aim is to limit the exposure of people and property to possible floods, while highlighting sustainable solutions.

The Minister of Municipal Affairs and Housing, M me  Andrée Laforest, Minister of Energy and Natural Resources Minister Jonatan Julian, and the Minister of the Environment and the Fight against Climate Change, Mr. Benoit Charette, announced on June 19th the governmental orientations in this direction.

These include, among other things, developing a flood-related land-use action plan by December 2019. To achieve this plan, the ministerial flood action group will be now under the co-chairmanship of Minister Laforest and Minister Julien. The group will be completed by the Minister Charette and Minister for Transport and Minister responsible for Greater Montreal and the Montreal area, M me  Chantal Rouleau.

One of the measures in this plan is to review the norms governing the management of flood zones in force for the entire territory in order to protect Quebec families during floods.

Until the new standards are implemented, the government wants to establish a special intervention zone (ZIS). This would result in a moratorium on the construction and reconstruction of buildings located in all 0-20-year-old mapped flood zones and the flooded area in 2017 and 2019. Special provisions would apply to the City. of Sainte-Marthe- sur-le-Lac, a large part of which was affected during the break-up of the dike.

The special intervention zone (ZIS) to promote better management of flood-prone areas has the following objectives:

However, as soon as the draft ZIS decree is adopted, the Planning and Development Act  provides for a prohibition to build, rebuild and repair a building in the affected areas. However, it is possible to allow exceptions. In this sense, a decree was adopted to authorize certain repairs to the buildings affected by the floods of 2019.

“We had to take action to mitigate the consequences of floods that may occur in the future. I have been to the field many times and I know that the daily lives of the affected people and communities have been completely upset. It was therefore important to act now to protect citizens and provide them with a better quality of life in the long term,” said Andrée Laforest, Minister of Municipal Affairs and Housing.

Mr. Jonatan Julien, Minister of Energy and Natural Resources added, “Our government is taking the necessary steps to prioritize improvements to enhance the safety and resilience of the population during floods. To do this, we will rely on a better understanding of the risks and vulnerabilities of flood zones. I am confident that the knowledge, know-how and expertise in mapping that has been recognized for many years will help achieve this goal.”

“Faced with the climate emergency that requires us to reduce our greenhouse gas emissions, it is equally essential to adapt to the consequences of actual or apprehended climate change. Adapting to the climatic phenomena that cause floods, one of the main natural hazards in Quebec right now is to make every effort to provide adequate protection to shorelines, shorelines and floodplains. of our territory. This is what the government is doing today by adopting these exceptional measures and reviewing the normative framework so that we prevent damage rather than suffering it,” commented Benoit Charette, Minister of the Environment and the Fight Against Climate Change.

Authorization to renovate or rebuild