The Quebec Professional Association of Real Estate Brokers’s (QPAREB) residential real estate market statistics reveals a total of  32,200 transactions concluded in the third quarter of the year for the province of Quebec. 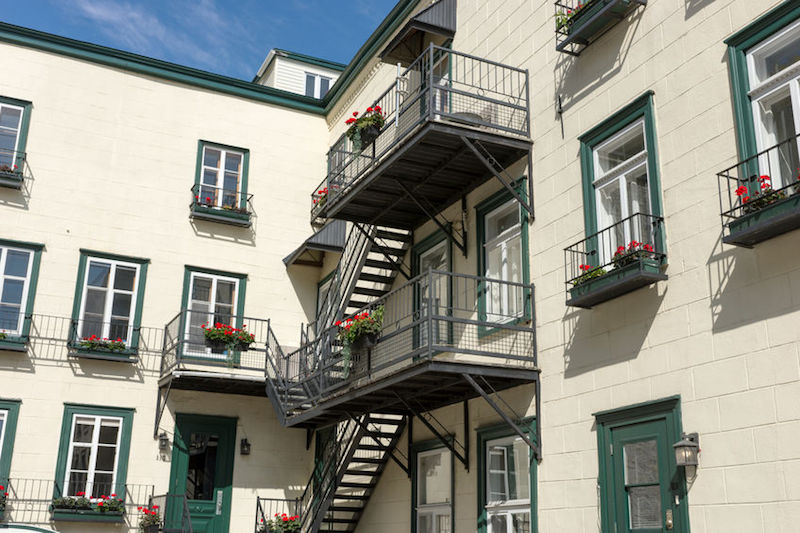 The transactions represents a 49 per cent increase compared to the third quarter of last year. This also represents a new sales record, all quarters combined, since the real estate brokers’ Centris system began compiling market data (2000).

Geographically, the agglomerations of Charlevoix (+174 per cent), Sainte-Agathe-des-Monts (+122 per cent), Saint-Sauveur (+118 per cent) and Mont-Tremblant (+115 per cent) saw their number of residential sales more than double compared to the third quarter of last year. 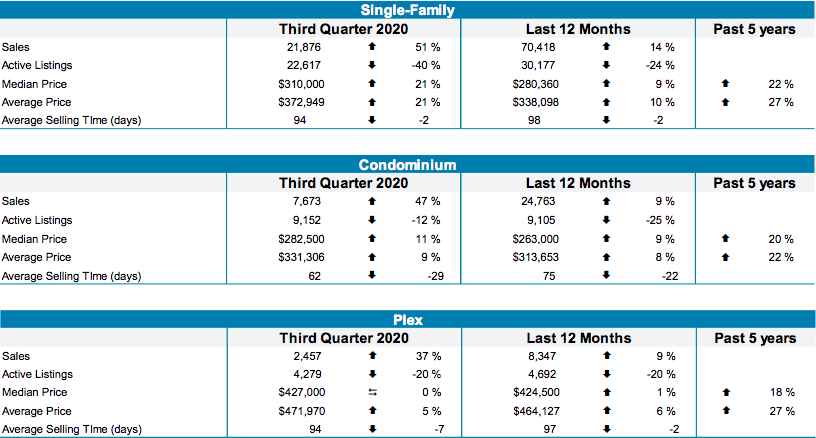 Outside of the metropolitan areas, the largest price increases for single-family homes were in the agglomerations of Sainte-Adèle (+31 per cent), Granby (+29 per cent), Saint-Sauveur (+26 per cent), Saint-Hyacinthe (+23 per cent) and Sainte-Agathe-des-Monts (+21 per cent). The median price of condominiums across Quebec increased by 11 per cent to reach $282,500, while that of plexes was unchanged at $427,000.

The downward trend in supply continued for a 19th consecutive quarter. From July to September, there were an average of 36,494 residential properties for sale in the real estate brokers’ Centris system, a 33 per cent drop compared to the same period last year. This was the largest quarterly decrease ever recorded since Centris began compiling statistics. The last time the province had such a low level of supply was back in 2004.

However, the condominium market on the Island of Montreal contradicted the general trend, as market conditions, which remain in favour of sellers, stabilized for a second consecutive quarter. It took an average of 94 days (-2 days) to sell a single-family home in Quebec, 62 days (29 days) to sell a condominium, and 94 days (-7 days) to sell a plex.

“With an historic rebound – and an exceptional one given the spring confinement period – the province’s resale market experienced tremendous growth in the third quarter. Since the start of the year, there has been a 10 per cent increase in sales compared to the first nine months of last year, which was already an excellent year,” said Charles Brant, director of market analysis at the QPAREB. “In a context of renewed interest for residential properties as a safe haven and essential asset, stimulated by record low interest rates and the accelerated rise in household savings, most markets are exceptionally active, particularly in the periphery regions of the CMAs. This situation is causing a drop in listings and a tightening of many markets in favour of accelerated price growth.”