The QPAREB’s residential real estate market statistics for the Montreal Census Metropolitan Area (CMA) reports a  total of 4,320 sales  posted on the Centris real estate brokerage system in October. The sales represent  a drop of 24 per cent compared to the record-setting month of October 2020, 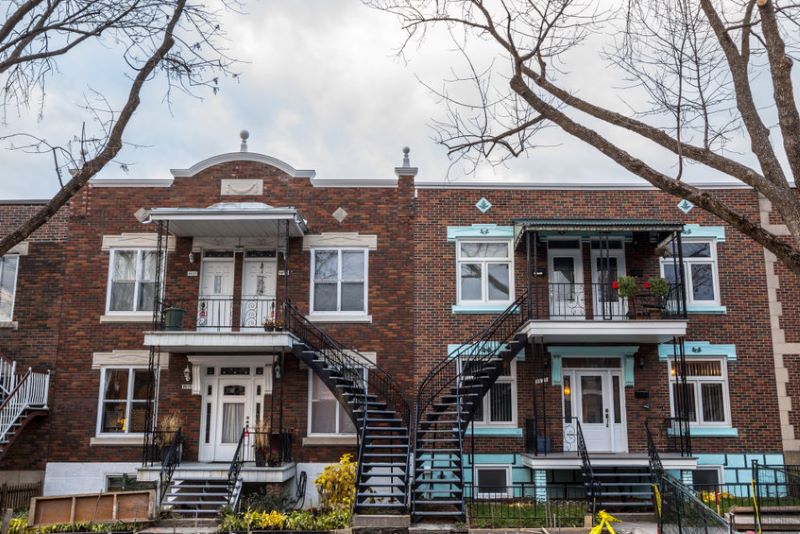 According to the report, over the first ten months of the year, the number of sales was only 2 per cent higher than the same period last year with 46,448 transactions.

“The decline in sales to pre-pandemic levels is still attributable to the large deficit of active listings in the market. Make no mistake, there is still a significant number of buyers in the market and overheating is still a factor. We are seeing renewed upward pressure on prices across all property categories, especially for the North Shore,” remarks Charles Brant, director of market analysis. “The recent announcement by the Bank of Canada of a hike in the key interest rate in spring 2022, sooner than expected, could help maintain some enthusiasm until then.”

Sales on the Island of Montreal fell 19 per cent to 1,690 in October compared to the same period in 2020. For the fifth consecutive month, single-family homes experienced a sharp decline in sales, down by 26 per cent.

Similar to the previous month, all outlying areas saw a drop in the number of sales due to a slowdown in the single-family home category: Vaudreuil-Soulanges (201 sales; -33 per cent), Laval (412 sales; -28 per cent), the North Shore and Saint-Jean-sur-Richelieu (-27 per cent with 963 and 112 sales respectively), and the South Shore (942 sales; -25 per cent).

Across the metropolitan area, each of the three main property categories recorded a decline in sales compared to October 2020. Sales of single-family homes reached 2,155, down by 28 per cent, while sales of plexes (505) dropped by 20 per cent. The decline was slightly smaller for condominiums, with a decrease of 19 per cent, to reach 1,657 transactions.

The supply of residential properties continued to shrink in October with 11,195 active listings on the Centris system, down 20 per cent from the same period a year earlier. From January to October, the number of properties available for sale in the metropolitan area also fell by 20 per cent, a phenomenon accentuated by low levels of new listings, a situation which has been ongoing for several months.

The QPAREB states that the Montreal real estate market still presents conditions of significant overheating and continues to experience a large proportion of sales concluded above the asking price.