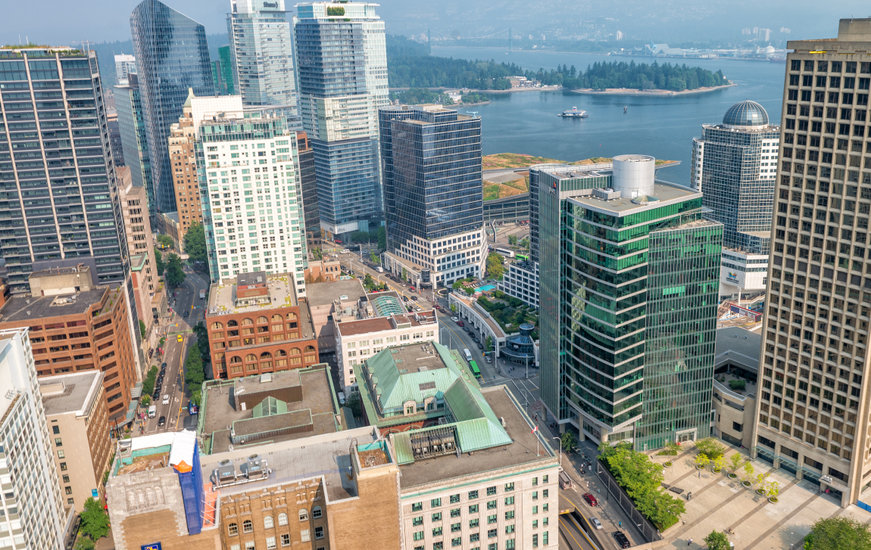 According to a recent Altus Group ‘Insights’ blog post, commercial real estate investments in the Vancouver market area saw an active first quarter in 2021. In total, $2.7 billion was transacted in Q1 2021, marking a 15% increase from Q1 of 2020. The total of 475 transactions also represented the highest amount seen since Q4 of 2018. Strong activity was driven in part by an all-time high in apartment sales. As seen in several major transactions, there is growing interest in the Vancouver market from institutional type buyers, making key acquisitions in this sector during Q1 2021. This quarter represents the final opportunity for comparison against a pre–pandemic market, and Q1 2021 numbers indicate the Vancouver market to be healthy, active and back to pre–pandemic levels. 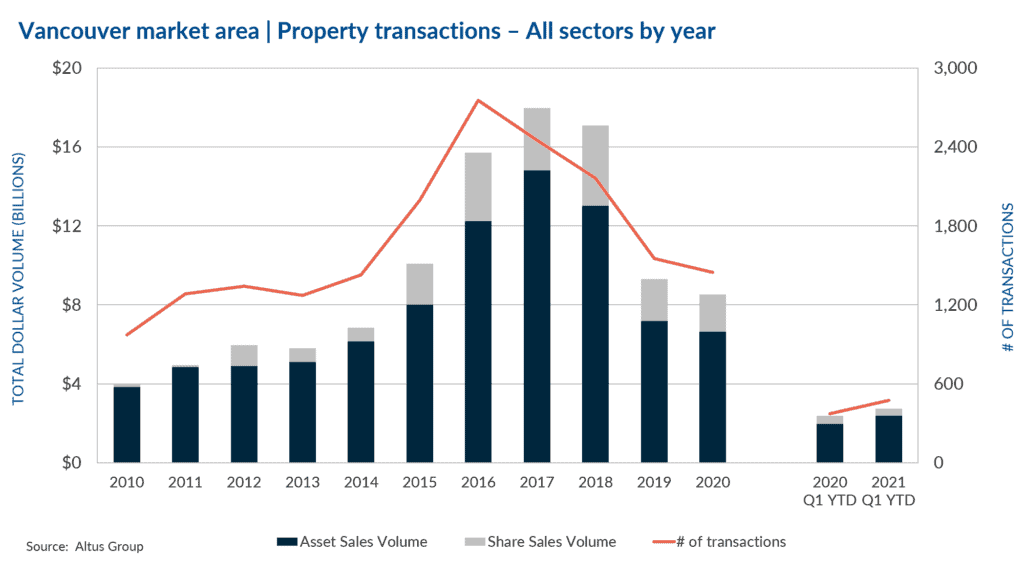 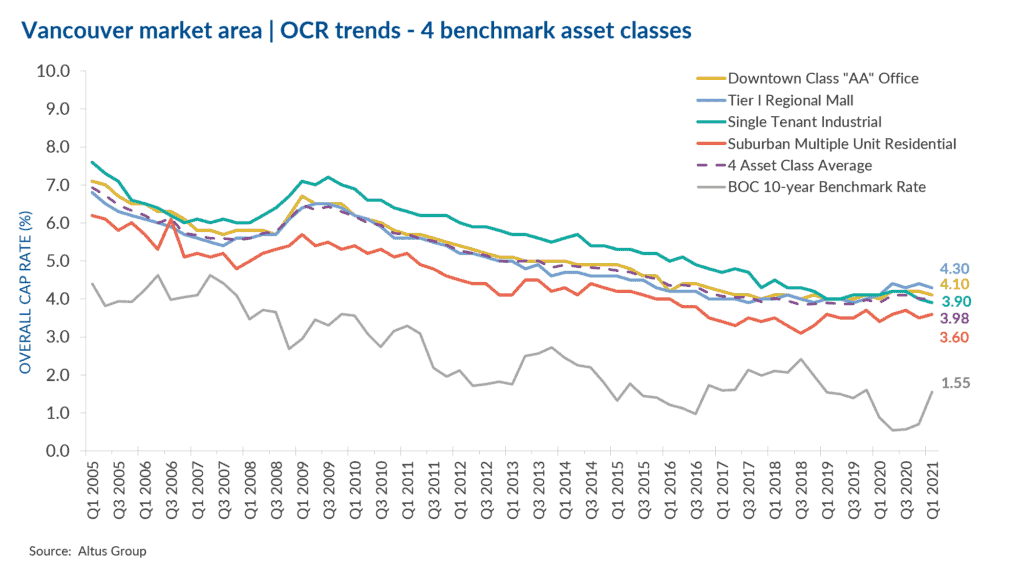 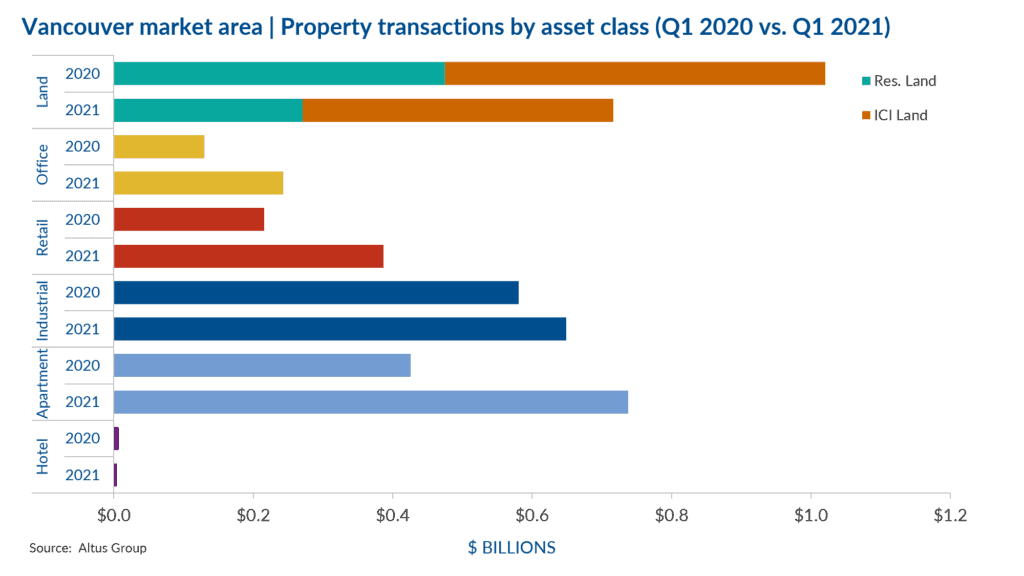