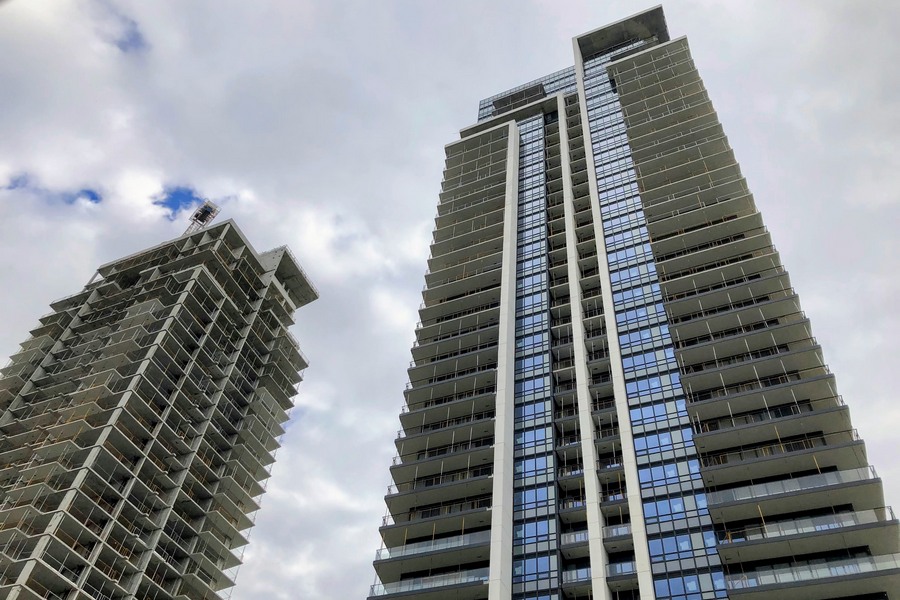 According to data from the recently released Urbanation Inc., Q3-2021 Condominium Market Survey, new condominium apartment sales in the Greater Toronto Area totaled 7,773 units during the third quarter of 2021, increasing 22% year-over-year from the previous Q3 high in 2020 (6,386).

Urbanation reports that across the GTA new condominium market, unsold inventory declined 11% year-over-year to 11,955 units — falling 16% below the 10-year average of 14,279 units. When measured relative to the latest 12-month average sales, unsold inventory in Q3-2021 was equal to 5.4 months of supply, the lowest level since Q1-2018 and substantially below a balanced level of 10 months. Inventory was equal to 7.6 months in the City of Toronto, compared to only 3.2 months in the 905 region of the GTA.

With demand strengthening and supply falling, prices for remaining new condominiums on the market in the GTA increased 10% year-over-year to a record high $1,231 psf. City of Toronto prices were up 7% annually to $1,328 psf and 905 region prices increased 17% from a year ago to $1,005 psf, which was the first time unsold average prices in the suburbs moved past the $1,000 psf threshold.

“Presale condominium activity reached new highs during the summer as developers continued rolling out a large number of new launches to meet soaring demand. With inventories declining further in Q3, this momentum is likely to sustain in the coming months, although high prices and greater prospects for interest rate increases may eventually start to weigh on demand,” said Shaun Hildebrand, President of Urbanation.