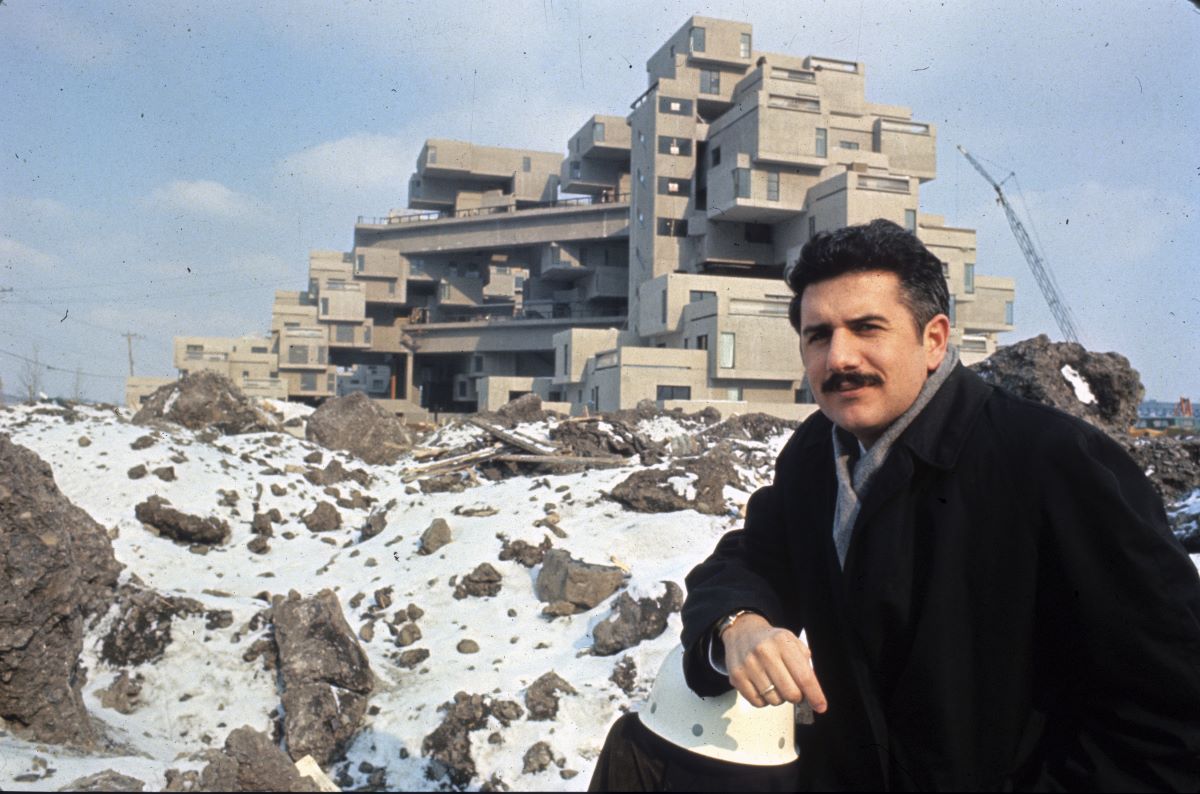 MONTREAL – After more than 50 years designing buildings around the world, renowned Israeli-Canadian architect Moshe Safdie is donating his professional archive to the Montreal university where he got his start.

Safdie on Tuesday announced he was donating more than 100,000 pieces to McGill University, including his thesis that led to the Habitat 67 apartment complex, and his own personal unit in the building.

In an interview, Safdie said that while other institutions had expressed interest in the archives, he felt it was right to give them to the school that gave him his education and to the country where he launched his career.

“Quebec and Canada had been so supportive of my early years and gave me so many opportunities, even when I was a starting young architect, that that’s the right place for it to be,” he said in a phone interview from Montreal.

McGill said Tuesday that the collection is composed of more than 100,000 items, including sketchbooks, models, drawings, and correspondence related to unbuilt and built projects across the globe. Among the most valuable are the more than 250 sketchbooks and the hundreds of models, which will allow students to trace the evolution of projects from design to completion, Safdie said.

It also includes the master copy of the McGill undergraduate thesis that inspired his design for Habitat 67, which was created for Expo 67 – the International and Universal Exposition in Montreal – and remains one of the city’s most distinctive landmarks.

In the early 1960s, Safdie was an ambitious McGill University architecture student in his mid-20s without a single construction project under his belt when he was given the chance to realize his design. A tour of public housing projects in the United States convinced him of the need to reimagine apartment life and incorporate some of the features of living in a house, such as private outdoor space and access to nature. 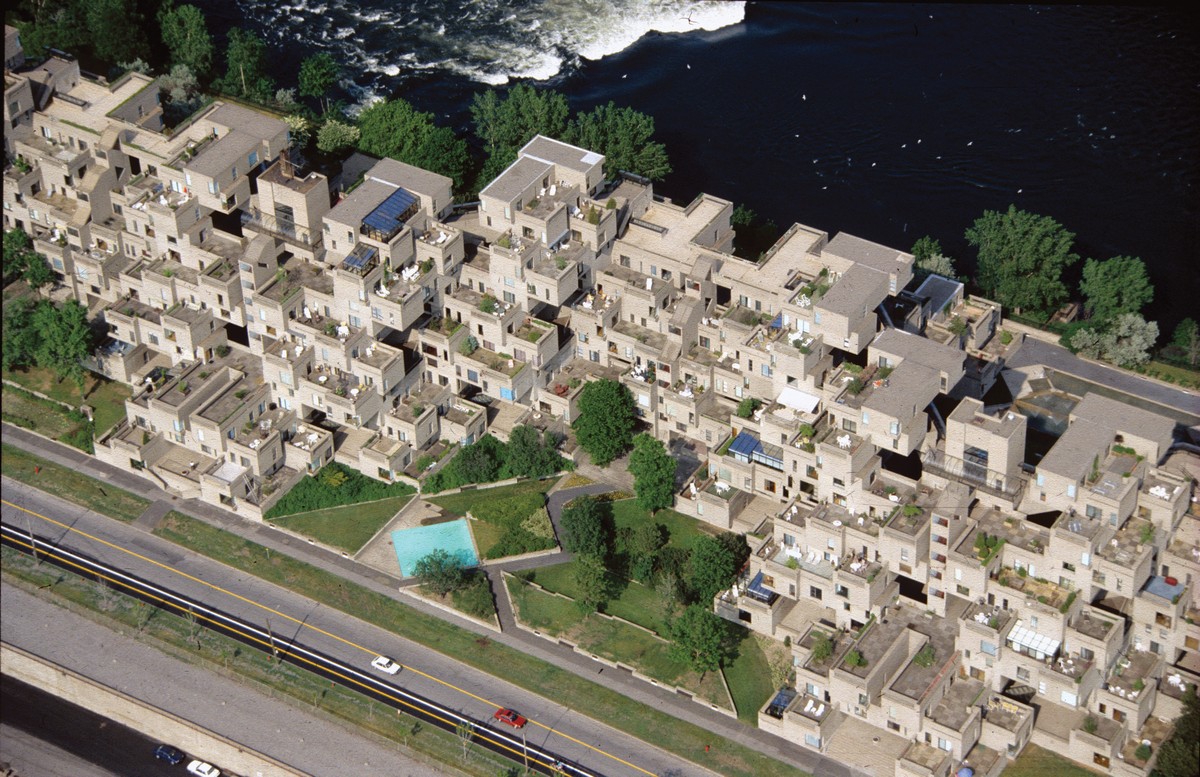 What was eventually built was a 12-storey complex of offset, stacked concrete cubes connected by walkways and gardens on a man-made peninsula jutting into the St. Lawrence River. While some have criticized the brutalist concrete architecture and ballooning construction and maintenance costs that left it out of reach for most Montrealers, others have praised Safdie’s vision and his dream of creating livable urban communities at a time when many were fleeing to the suburbs.

Safdie said that over the years, the building has proved itself as a desirable place to live.

“We were there yesterday – there’s over 100 families living there very happily,” he said. “One lady came over to me at lunch now to tell me how her children enjoy every moment there.”

Over the years, he said, he’s expanded on his original concept in places such as China and Singapore. 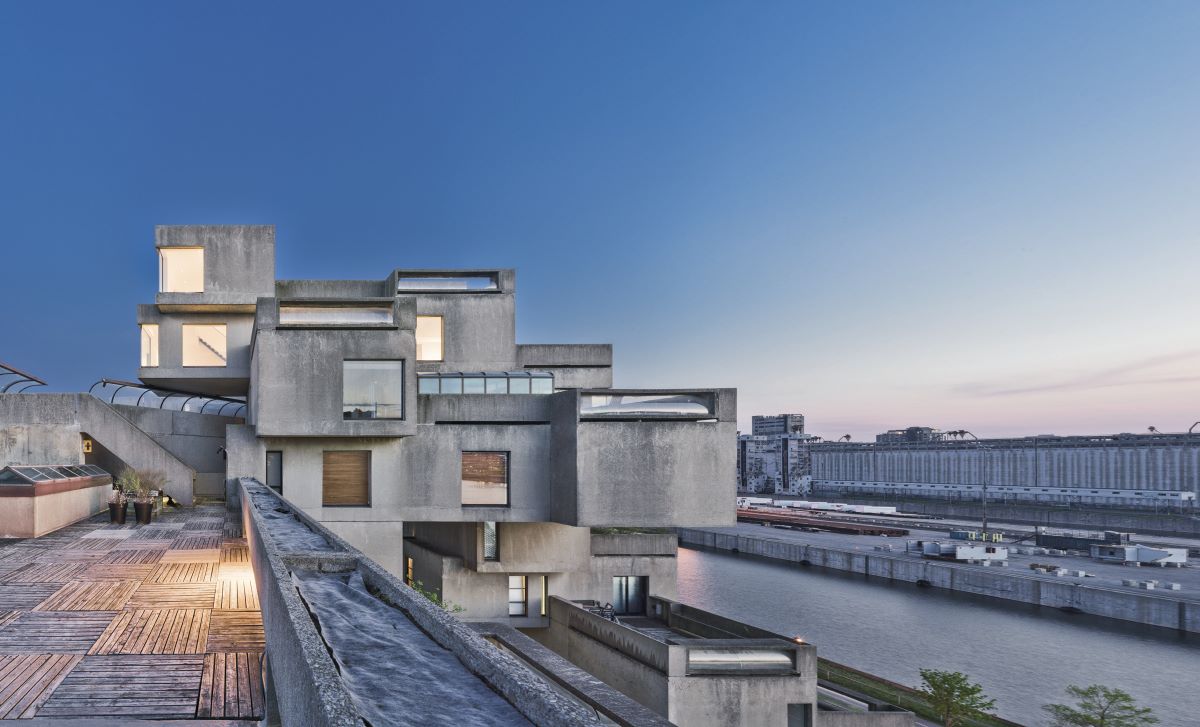 The donation to McGill also includes the architect’s personal apartment in Habitat 67, which the school said would serve “as a resource for scholarly research, artist-in-residence programs, exhibitions and symposia.”

Safdie’s conception for Habitat 67 was originally supposed to be much bigger – incorporating schools, public buildings and an entire mixed-used community, which he realizes now was “radical” at the time.

“But everything has its time, and perhaps in the next few years we’ll be able to realize some of those ideas as well.”

After Habitat 67, Safdie went on to design many other notable projects, including the National Gallery of Canada, in Ottawa; the Musee de la civilization, in Quebec City; the Yad Vashem Holocaust History Museum, in Jerusalem; the Jewel Changi Airport, in Singapore; and the United States Institute of Peace, in Washington, D.C.

Currently, he said he’s working on a number of projects, including an airport, a medical school building and an office that incorporates natural elements for a California tech company. “You look at the typical office building, it’s a very large footprint,” he said. “Two-thirds of the people don’t even work near a window or daylight and you say to yourself, ‘There’s better ways to do that.”’

“Every time I come to a building type that I haven’t done before, like when I did my first library in Vancouver or my first museum at the National Gallery, there’s an element of rethinking, of going back to first principles,” he said. “How might we do this better than the typical norm solution, the expected solution?”

This report by The Canadian Press was first published Aug. 23, 2022.