The August National Rent Report, produced by Rentals.ca and Bullpen Research & Consulting, shows affordability for low-income Canadians looking for a place to rent is worse than reported in mid-July by the Canadian Centre For Policy Alternatives (CCPA). 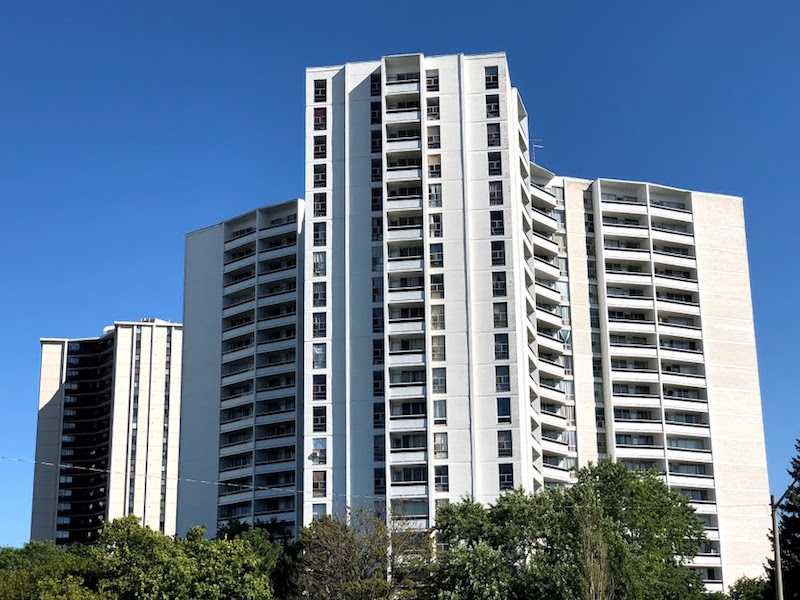 The rapid rise in rental rates over the last 18 months, brought on by increased immigration, solid job growth, and the mortgage stress test, has hurt low-income workers the most.

“As expected, changes to the mortgage stress test last year pushed everyone down a rung on the property ladder, resulting in the highest rent growth occurring at the 10th percentile,” said Ben Myers, president of Bullpen Research & Consulting. “This means the people who can least afford an increase in their monthly housing costs are the ones being subjected to the highest rent inflation.”

Canadians making $13 an hour would have to work 62 hours a week to afford the average lower-cost rental, maintaining the recommended 30 per cent rent to income ratio, according to Rentals.ca. 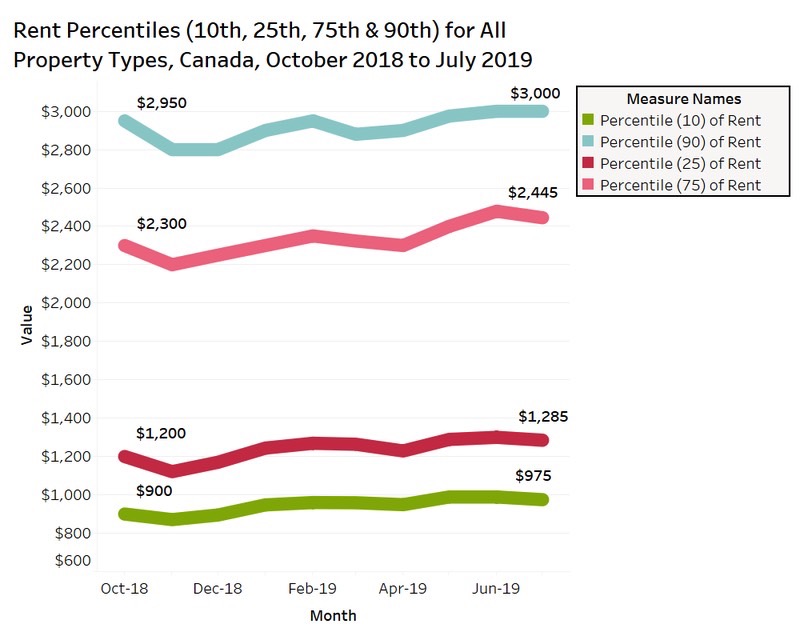 Based on Rentals.ca’s data from October 2018 to July and the CCPA’s Unaccommodating – Rental Housing Wage in Canada report, which uses data from the Canada Mortgage & Housing Corporation to calculate rental rates on units, the researchers suggest rent is higher for unoccupied apartments.

As more than 250,000 new housing units are added to the Canadian market, the rent growth experienced since early 2018 should slow down, says Rentals.ca.

The Rentals.ca forecast for the 2019 rental market in Canada called for annual growth of 6 per cent. The expectation was the average property for lease nationally would be $1,861 in December 2019, but at the end of July the market is already up 8.5 per cent since December.

The most expensive condominium apartments in the Greater Toronto Area (The Heathview, L Tower, Yorkville Plaza, 38 Elm Street at Minto Plaza and Kings Club) require tenants to make $34.90 per hour to afford a one-bedroom unit in the 10th percentile, based on monthly rent accounting for 30 per cent of the tenant’s gross income.

In Ottawa, average monthly rents have increased over the past couple of months from $2,003 per month in April to $2,136 per month in July.

On a provincial level, Ontario had the highest rental rates in July, with landlords seeking $2,283 per month on average (all property types), a slight increase from June ($2,279). 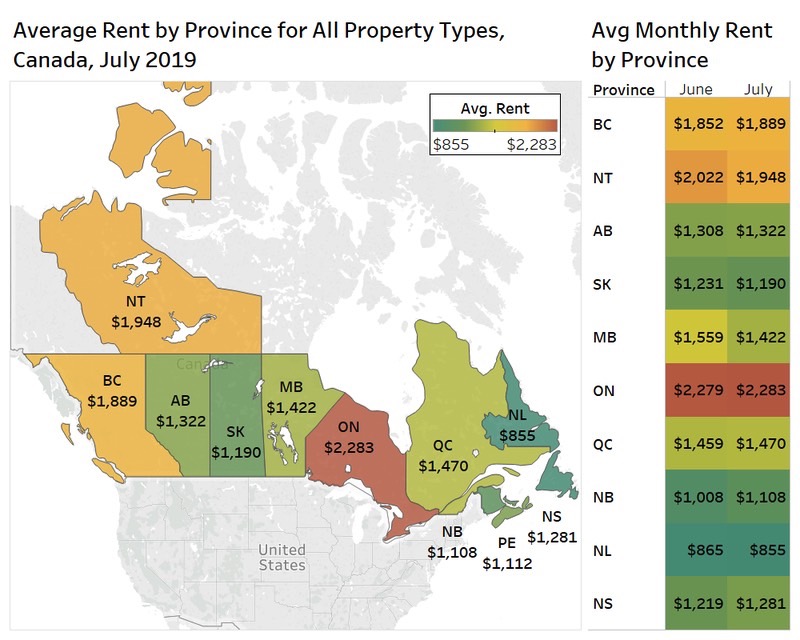