The average monthly rent for all Canadian properties listed on Rentals.ca in July was $1,771, up $1 over June but still down 8.1 percent year over year, according to Rentals.ca’s and Bullpen Research & Consulting’s latest National Rent Report. 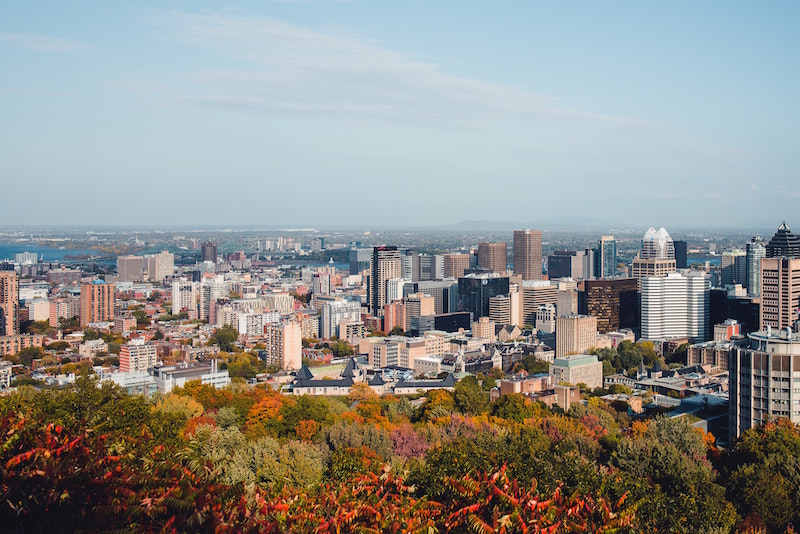 The report reveals that the $1 increase represents the first time the average rent increased on a monthly basis since September 2019, despite the 9.4 decrease in average asking rents nationally from that market peak of $1,954 that month. 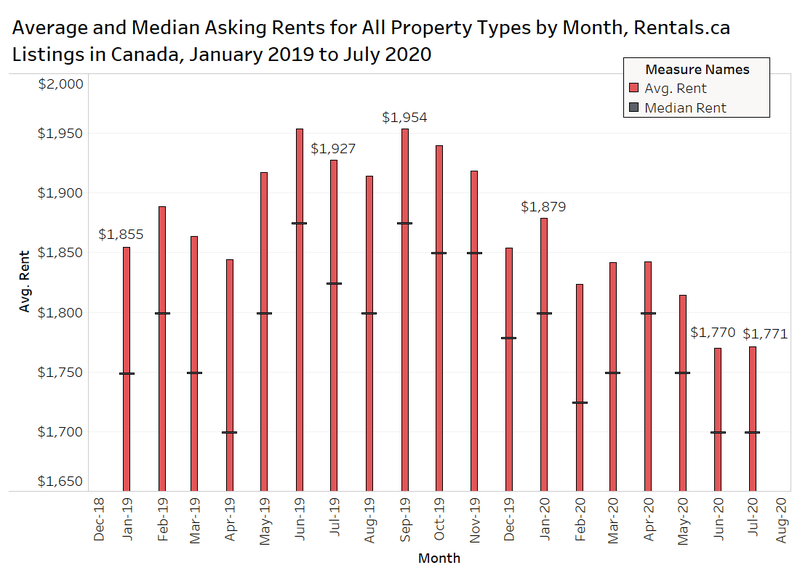 However, apartments at the lower end of the market experienced lower rents only in April and May. In July, apartments, which make up the majority of the listings on Rentals.ca, experienced a year-over-year increase of 5.8 per cent.

According to the report, the rental market is recovering, but the national data for all property types will not show this recovery until the luxury rental market returns, which could take some time.

The report additionally suggests that immigration needs to return, boomers need to feel comfortable moving down to rental suites, and affluent young professionals need to feel the need to be back in city centres leasing new condos.

“With the exception of Montreal, rental rates are flat or declining in most major metropolitan areas in Canada,” said Matt Danison, CEO of Rentals.ca. “Some tenants are looking for larger units in less affluent areas to accommodate their work-from-home needs.”

Toronto and Vancouver average rents for apartments and condominium rentals declined 8 per cent year over year, while Calgary rents were down 9 per cent. York, Saskatoon, North York, Regina, Red Deer and Winnipeg all experienced double-digit drops from July 2019 to July 2020. 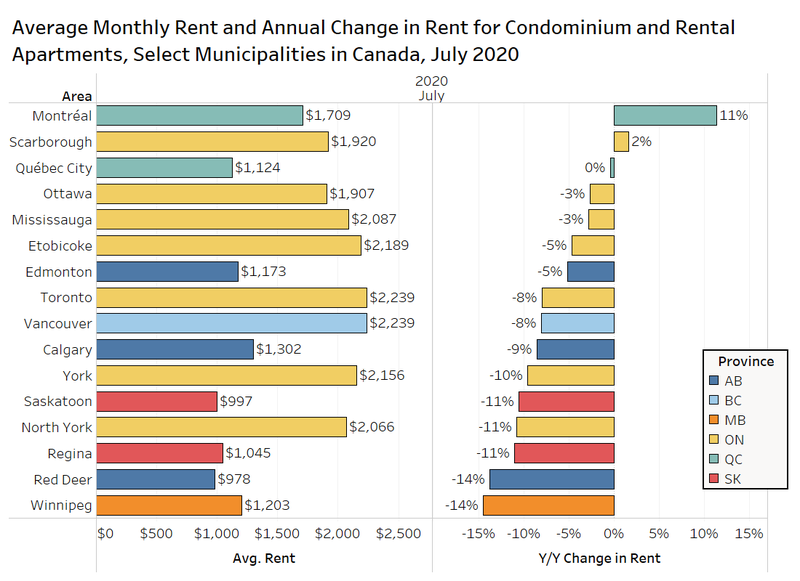 At least temporarily, downtown Toronto has become less valued by tenants, who can easily move elsewhere when their lease is up, and return a year later.

COVID-19 is changing the dynamics of how renters are choosing where to live, and the pandemic has affected the core of Toronto more than other areas of the GTA, according to the report.

“This pandemic has Canadians rethinking their housing needs. For many tenants their home has gone from simply a place to rest their head, to their home office and day-care space,” said Ben Myers, president of Bullpen Research & Consulting. “The proximity to work and their daily commute has been a major factor in Torontonians’ decisions about where to live, but clearly not in the short term, as a significant portion of employees work from home. The Rentals.ca data is clearly showing that there is less demand for the more expensive downtown core condos for rent in Toronto.”

In Montreal, rents have continued to rise. In July, average monthly rents are up 21.6 per cent for a one-bedroom home year over year and up 15.8 per cent for a two-bedroom.

Average rents are up in Quebec on a year-over-year basis, but down in Alberta, Saskatchewan and Manitoba.

Condominium apartments are listed for rent at a 20 per cent to 30 percent premium over the average rental apartment in Alberta, British Columbia and Ontario, which is down from 30 per cent to 35 per cent from six months ago.

For the third straight month Red Deer has finished last on the list with the least expensive rent for a one-bedroom home in July at $872 and for a two-bedroom at $1,022.