Although August is one of the busiest months for moving in Canada, the average rental rates declined for the second month in a row after two straight months of increases, according to the September National Rent Report produced by Rentals.ca and Bullpen Research & Consulting. 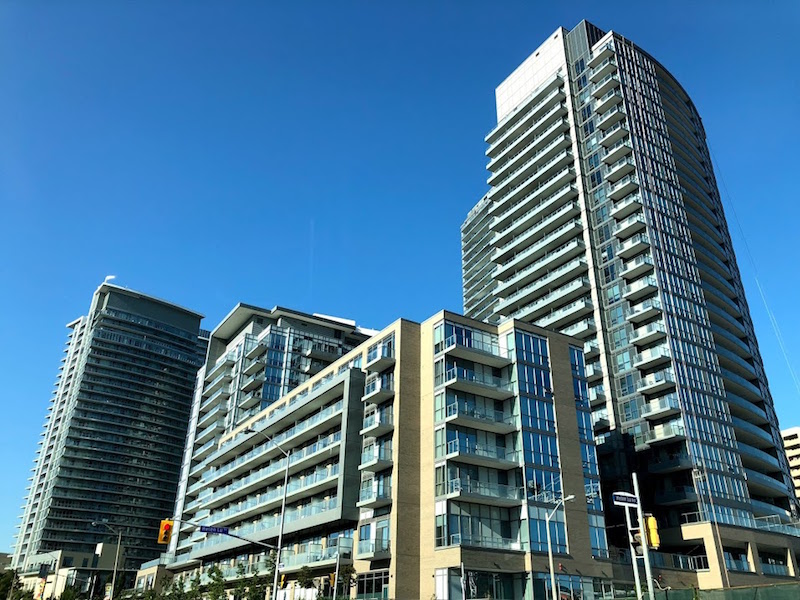 The average rent for all property types on Rentals.ca declined by 0.7 per cent to $1,914 per month.

Not all of the increase can be attributed to either more demand, or a dearth of supply, according to the report. Many landlords are renovating their buildings and recouping those investments via higher rents.

The rent report cites preliminary results of the fourth annual Canadian Multi-Res Tenant Rental Survey by Avison Young and Informa Exhibitions showing 36 per cent of tenants would pay more rent for a renovated kitchen and bathroom.

Fewer than half of respondents to the survey indicated they are happy with their rental unit. This, along with more apartment renovations, and rising rental apartment completions could result in double-digit annual rent increases in Canada for 2019.

Toronto led all cities in average monthly rents for all property types for one-bedroom homes ($2,330) and two-bedroom units ($2,904).

At the bottom of the list, cities with the most affordable average monthly rents are: Gatineau, Québec City, Lethbridge, Saskatoon and Red Deer.

With many Ontario cities in the high rent category, the province remains the most expensive market for rental apartment over the past three months with an average rent of $2.57 per square foot. 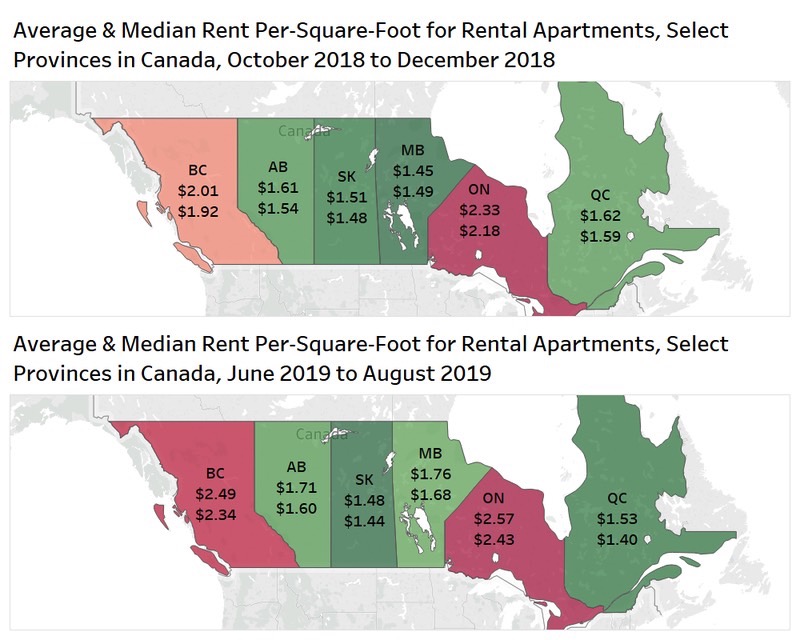 Part of the decline in the national rental rate in August can be attributed to a decline in the percentage of higher-priced condominium apartments and single-family home listings in August, and an increase in the less expensive rental apartments. 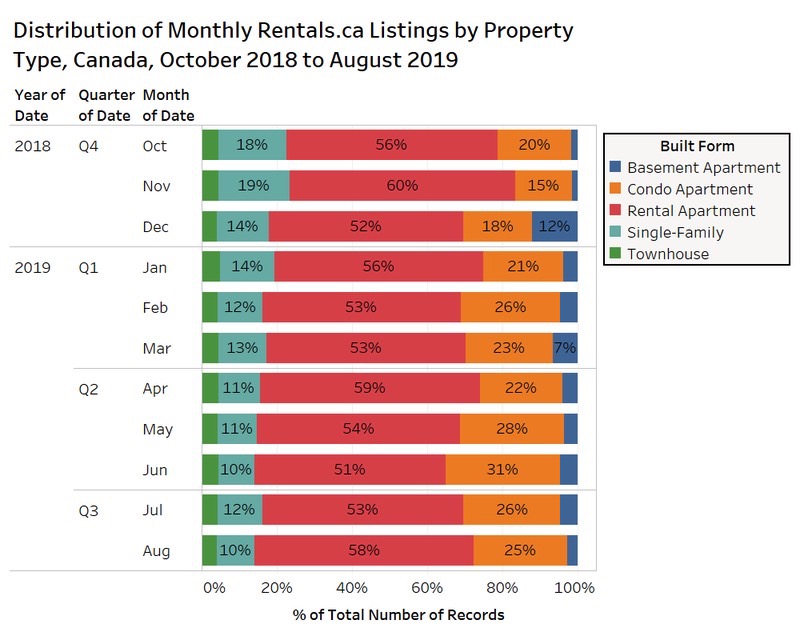 The Tenant Preferences Survey shows that Toronto renters under 30 are spending 49 per cent of their income on rent. The CMHC recommends no more than a 30 per cent rent-to-income ratio.

“Average rental rates in Toronto and Vancouver continue to rise per monthly listings data from Rentals.ca, however, recent survey data from Avison Young and Informa shows that tenants in Toronto are spending 42 per cent of their income on rent, while tenants in Vancouver are spending 34 per cent,” said Ben Myers, president of Bullpen Research & Consulting. “Part of the explanation for this gap are the smaller apartment sizes in Vancouver versus Toronto, but a potential factor could be an increase in the number of households with roommates.”

In Halifax, rental rates have been rising quickly in 2019 with the average rent increasing by over $300 per month from early 2019 for all property types.

Over the last six months, the median rental apartment unit listed on Rentals.ca in Halifax has grown from under 1,000 square feet to 1,400 square feet. 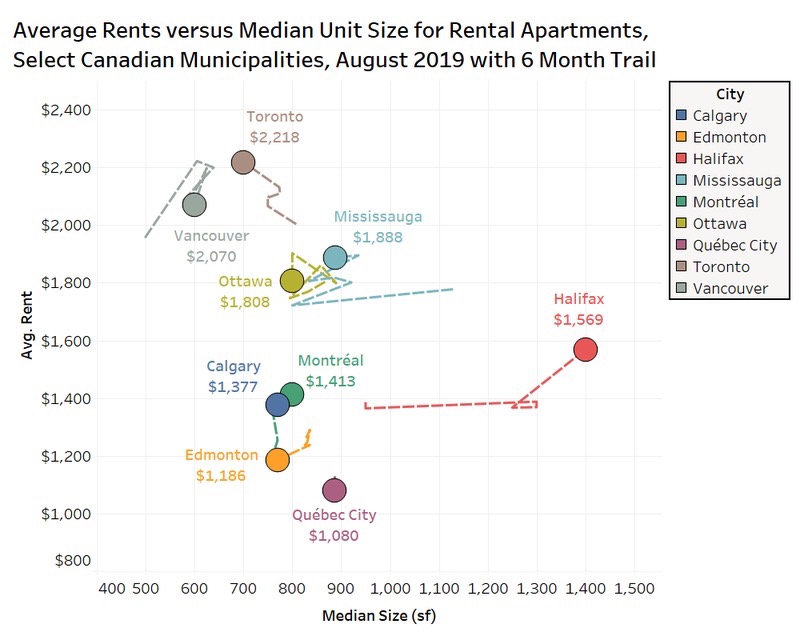 Endress+Hauser Invests in a Customer Experience Centre in Burlington