TORONTO — Canadian landlords are renegotiating contracts and leases as several of the country’s top real estate markets shift in favour of renters during the COVID-19 pandemic. 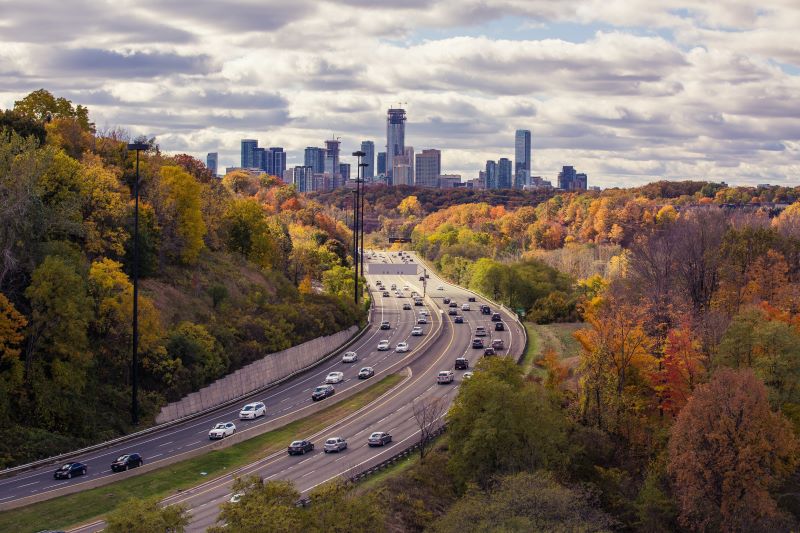 Price reductions or promotions offering the first few months of a lease rent-free have become more common as Canadians working remotely move outside major cities or take advantage of low interest rates to buy properties of their own.

“Renters’ power right now is higher than it has ever been,” said David Fleming, a realtor with the Bosley Toronto Realty Group Inc.

“For every renter that goes out there and secures a deal, there’s two existing renters that say ‘hey, that’s not fair and when do I get my comeuppance?’ They’re going back to renegotiate with the landlord, and some are not taking no for an answer.”

That change is reflected in prices across Canada. Rentals.ca reported the asking rental price hit $1,714 per month in February, a 6 per cent drop from $1,823 the year before.

The site said asking price for a one-bedroom rental property fell by 19.4 per cent in Toronto year-over-year. In neighbouring North York, Ont. it was a 15.6 per cent drop and 14 per cent in Richmond Hill, Ont.

Advertised prices slid by 14.2 per cent in Grand Prairie, Alta. 10 per cent in Fort McMurray, Alta., and by roughly eight, five and three per cent in Quebec City, Victoria and St. John’s respectively.

Rent started falling weeks after Denise Lacroix agreed to a one-year lease for a one-bedroom apartment with a den last March, ahead of the pandemic.

“I was kicking myself the whole time (because) if I would have waited like a month, I would have probably seen a drop in how much I was paying,” the Toronto woman said.

When the lease came up for renewal, she sought a reduction and the landlord agreed to shave $400 a month off her rent.

She believes landlords are open to these arrangements if they like their tenant and have been happy with how they treat their home.

Fleming said the deals can also be advantageous for landlords because if they don’t renegotiate, they could end up stuck in a situation where their tenants refuses to pay rent and won’t leave.

“It can be next to impossible to get somebody out and it takes months to go in front of the landlord-tenant board,” he said.

“I tell my clients that you have to proceed with kid gloves and if your tenant says that they would like a rent reduction, you should negotiate with them in good faith.”

For landlords considering making a deal, he said a few months of free rent may be more attractive than a smaller reduction made every month because it allows landlords to hike rents from a higher amount when increases are permitted.

Provinces including Ontario, however, have frozen rent increases for the year to help people struggling with loss of income during the COVID-19 crisis.

Landlords in B.C. are complaining the province’s recent COVID-triggered ban on rent increases is keeping them from adjusting their prices along with inflation and making mortgage payments, said Tirajeh Mazaheri, a B.C. real estate agent with Coldwell Banker Prestige Realty and the owner of Vancouver Rent It property management company.

Yet many are still renegotiating with renters who want a break.

“If they think the value of their property is a lot higher and they want to hold off and get higher rent, that’s up to them,” she said. “But just with the way the market has been going and with it not being in their favour, they are much more open and willing to accept the renegotiation.”

Mazaheri, for example, had a client with waterfront property in North Vancouver he wanted to list last year. The client was making $12,000 a month in rental income, but that slipped to $9,000 per month during COVID.

The drop made mortgage payments tougher so he decided to put the property up for sale.

That strategy is becoming more common, but Mazaheri said it’s not an overwhelming trend in the market yet.

She expects rental demand in downtown Vancouver to bounce back as more people are vaccinated and businesses like Amazon.com Inc. expand in the area.

“Once that happens, we’ll definitely see a shift in demand for rental properties again, but right now it’s been a lot slower.”

This report by The Canadian Press was first published March 25, 2021.