TORONTO — Rental listings more than doubled in the third quarter, as investors pulled their condos from platforms such as Airbnb and put them onto the traditional rental market instead, according to the Toronto Regional Real Estate Board. 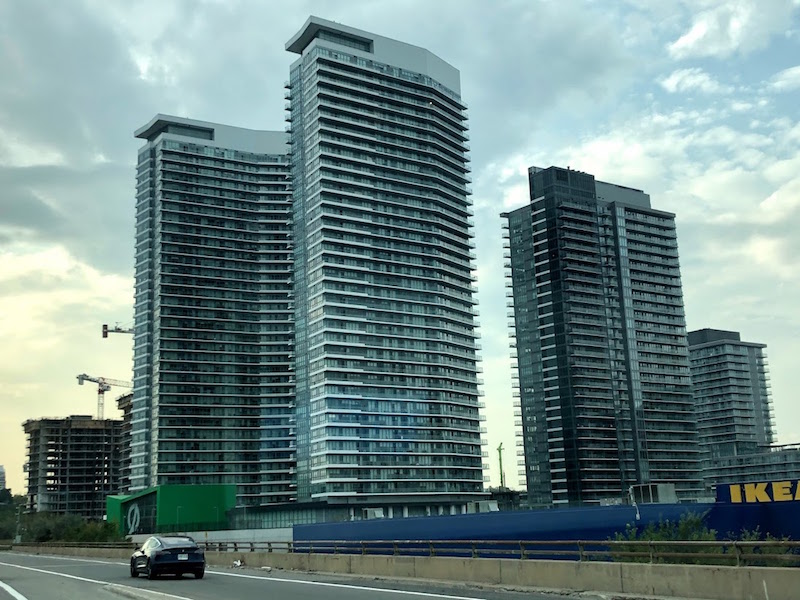 There was a nearly 114-per cent surge in the number of condos listed for rent in the Greater Toronto Area this summer, driving down rents for units of all sizes, TRREB said on Friday.

Board president Lisa Patel said the growing pool of condos on the market led to more choice and negotiating power for renters this summer.

Although there was a 30 per-cent year-over-year increase in the number of condos rented, the 14,036 new leases signed weren’t enough to keep up with the wave of 34,971 new rental listings.

“The demand for condo rentals remained very strong in Q3 as the economy experienced a substantial rebound. However, this demand was overshadowed by the very rapid rise in rental listings,” said Jason Mercer, TRREB’s chief market analyst.

The city of Toronto had the highest vacancy rate, at 0.9 per cent, while vacancy was at 0.4 per cent for condo apartments in Durham, Peel and Halton, and 0.3 per cent in York, said TRREB, citing data from Canada Mortgage and Housing Corp.

The break in Toronto rental prices comes amid a proposal from the Ontario government to freeze rents in 2021, a measure aimed at steadying the economy as many workers remain unemployed during the COVID-19 pandemic after the end of an eviction moratorium this fall.

Toronto is not the only city where rents have fallen as more rentals sit vacant on the market, amid economic changes stemming from the pandemic.

A separate report from website Rentals.ca also documented falling rent rates this summer, showing average rents in September down 9.5 per cent from a year ago across the country, to $1,769 per month, after holding steady for four months. Some of the factors behind the lower prices were vacancies due to job losses, lower immigration levels, virtual university classes, lack of tourism fuelling short-term rentals, low interest rates encouraging buying, and a shift to cheaper areas due to the ability of many employees to work from home.

“There has been much discussion surrounding the drop in rents downtown due to the shutdown of many of the office towers, and a reduction in demand for short-term rentals from tourist and out-of-town contract workers. With Ryerson and U of T downtown, as well as several other colleges, many students decided to stay with their parents,” Rental.ca’s report said.

“In 2016 and 2017, the Toronto new condominium apartment market set record highs for sales, and those buildings are coming to completion now. A high share of those units were purchased by investors with the intent of renting them out to young professionals.”

Commercial real estate firm CBRE this month also suggested that, amid the COVID-19 restrictions over the summer, more tenants are asking landlords for features such as in-suite laundry, balconies, dens and home offices, gyms, and elevator-free access.

“Given the economic stress being felt across Canada, many of these residents have been pushed to either seek accommodations with a roommate, downgrade to a more affordable building, or move in with family members,” the firm said.

But on Friday, TRREB’s Mercer expressed optimism about the future of the rental market.

“Once we move into the post-COVID period, population growth from immigration and non-permanent residents will bolster rental demand and absorption,” Mercer said.

This report by The Canadian Press was first published Oct. 23, 2020.