The Quebec Professional Association of Real Estate Brokers (QPAREB) reports a total of  539 residential sales transactions concluded in the Quebec City CMA in July, a 40 per cent decrease compared to last year. 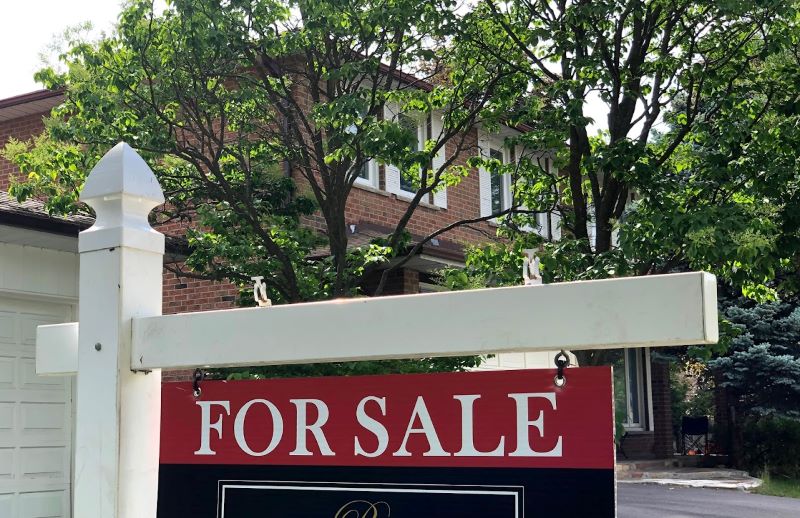 The Northern Periphery of the city registered the largest drop in sales in the region, falling by 50 per cent. The Agglomeration of Quebec City and the South Shore of Quebec City also registered substantial decreases in sales of 37 per cent and 38 per cent, respectively.

“The slowdown in residential sales in the Quebec City CMA, which began in June, continued into July with a decrease of almost 50 per cent in the number of single-family home transactions compared to an extraordinary month of July last year,” said Charles Brant, director of the QPAREB’s Market Analysis Department. “More than the tightening of borrowing conditions for potential buyers and the rise in prices, it is the lack of supply of properties on the market and a more normal summer period that explain this sharp drop in sales.”

After a record-setting month of June, two-to-five unit income properties (plexes) saw their sales decrease by 35 per cent compared to July of last year. Condominium sales were down 24 per cent year over year.

Market conditions remained particularly tight for single-family homes in the CMA, as active listings fell by 49 per cent compared to July of last year. A similar trend was observed for condominiums, as active listing dropped by 36 per cent. Plexes, on the other hand, registered a 4 per cent increase in active listings.

The median price of single-family homes continued to grow, increasing by 15 per cent compared to July of last year to reach $315,000. The median price of condominiums also rose significantly, reaching $212,250, an 11 per cent increase. However, plexes saw their median price drop by 6 per cent, with half of them selling for more than $329,500. 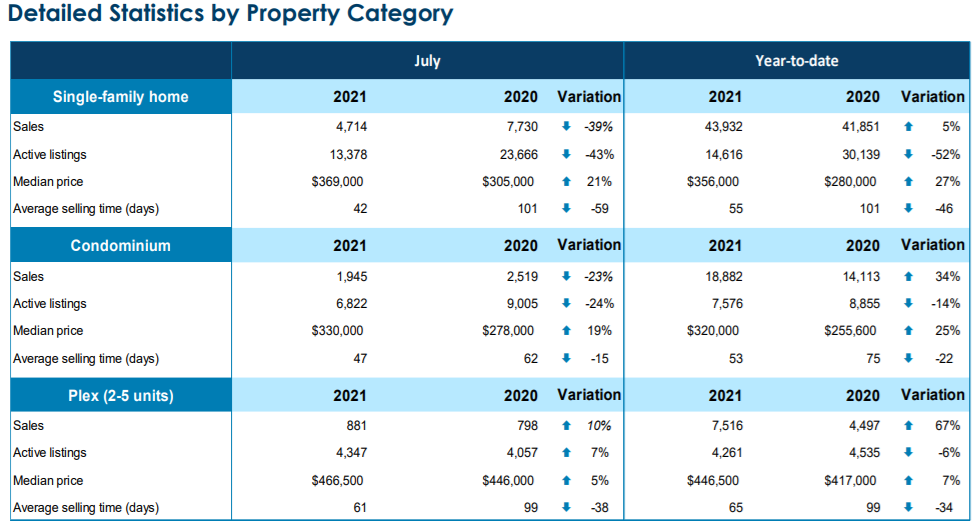