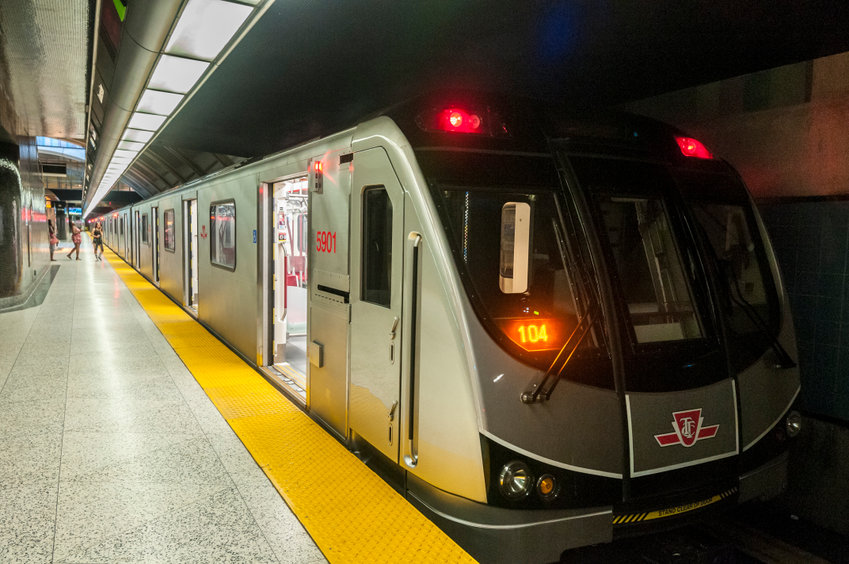 After input from the Thornhill community, Metrolinx has announced a refinement to the proposed Yonge North Subway Extension route, which tunnels under the neighborhood located in Markham, Ontario.

“The Yonge North Subway Extension is a long-awaited project that will bring faster transit to more people across York Region and Toronto. It is a vital piece of the transit network that we are building across the region and will connect communities and people for decades to come.

“Over the past eight months, we have engaged with municipalities and consulted with communities, including the Royal Orchard neighbourhood in Thornhill. Members of the community have shared concerns about updated plans that shift the route of the subway extension off of Yonge Street in the northern segment of the line and have asked how we will make sure that the new subway service does not become a disruption to the community.

“In response to that feedback, and through our well-established process for improving designs as we advance our transit projects, Metrolinx has refined plans for the subway extension that will result in deeper tunnels and a route that travels under far fewer residential properties in the Royal Orchard community than the previous route. The changes mean the subway tunnels will follow a route that travels mostly under Bay Thorn Drive wherever possible once they turn east from Yonge Street to connect with the rail corridor. The previous route went under 40 homes and an additional 23 properties, whereas the new route goes under 20 homes and 15 additional properties. 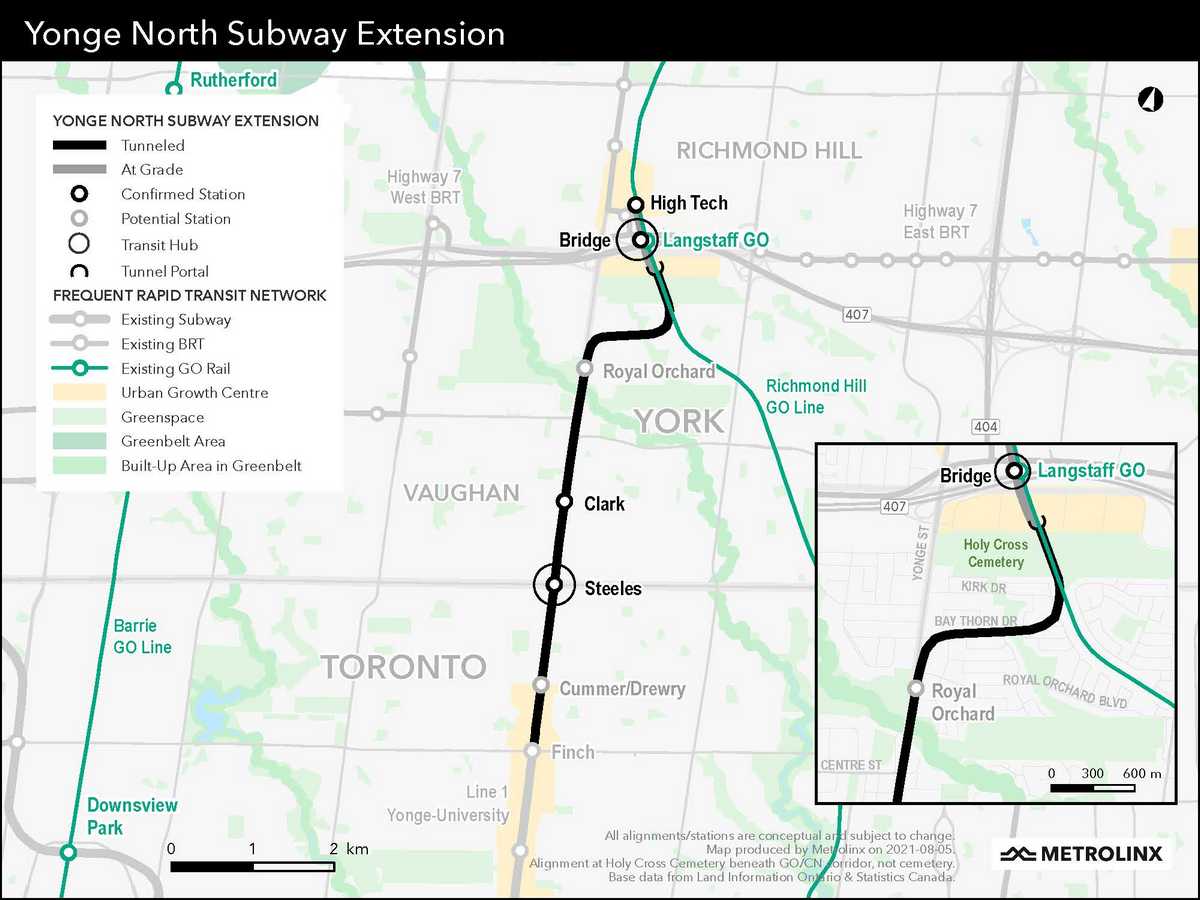 “The tunnels below the Royal Orchard neighbourhood will be at a minimum depth of 21 metres and as deep as 50 metres below the surface, averaging a more significant depth through much of the community compared to previous plans. These refinements will keep things peaceful and quiet in the neighbourhoods along the route while still delivering all the benefits of the subway extension for York Region.

“While we already expected that noise and vibration levels would not be significantly different to what residents experience today, these refinements will make them even lower. In fact, early environmental studies based on the new route show that by using the proven technology available, noise and vibration levels from operations will be so faint in the Royal Orchard community that they’ll be practically imperceptible to human senses.

“Metrolinx has started reaching out directly to Royal Orchard community members whose properties are directly above the extension and will continue to support them as planning and design work continues.

We are excited to move the Yonge North Subway Extension forward and we’ve heard from many people across the region who share in this excitement. We will keep working to make the project the best fit possible for the existing and future communities it serves as we build even more benefits into our designs.”

Please see my statement on today’s announcement from Metrolinx that they have reconsidered their proposed alignment for the Yonge North Subway Extension. #Thornhill #RoyalOrchard #YNSE #onpoli pic.twitter.com/sumfWeztcX

There’s no technical issue with tunneling there, but it leads to a version of the bridge station with poor passenger circulation. Running under the development land north of the cemetery would cost less to build and allow a much better GO/TTC/BRT hub. https://t.co/KVd9945obn

Hi Kevin. We’re working with the Province and York Region to determine the feasibility of a station in the Royal Orchard community. ^JM

Our government is proposing a transit-oriented community at the future High Tech station along the new Yonge North Subway Extension and welcome your feedback!