The Scarborough Subways Extension project has now reached an important stage – the search for experts who want to build the stations, lay down the tracks, and install all the technology that connects them. 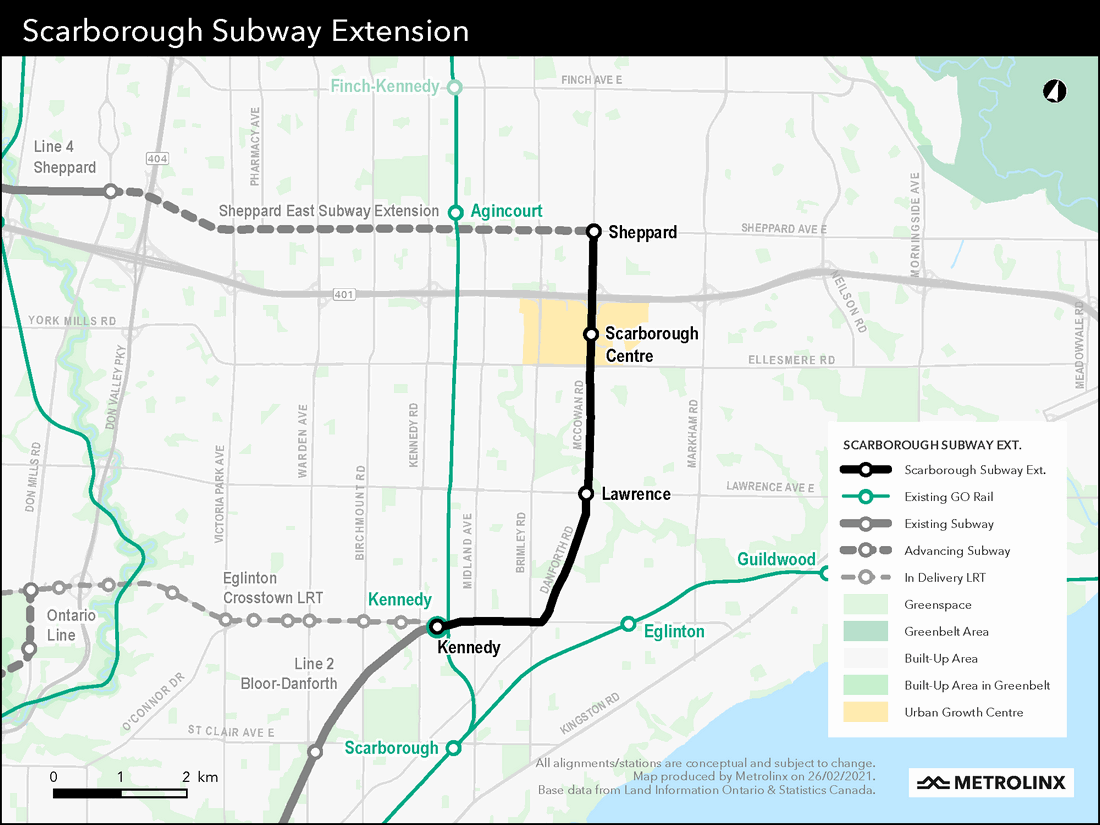 Infrastructure Ontario (IO) and Metrolinx have released a Request for Qualifications (RFQ) to identify teams interested in designing and building the Stations, Rail and Systems (SRS) package for the Scarborough Subway Extension project.

According to IO, the SRS package is being delivered using a progressive design build delivery model. At the conclusion of the procurement process, IO and Metrolinx will select a “development partner” who they intend to work collaboratively with during a design phase before finalizing the design-build contract.

The RFQ outlines the scope of work required for the SRS package, which includes:

The RFQ is the first step in the procurement process to select a team to deliver the SRS project. IO and Metrolinx will evaluate submissions and are expected to announce a shortlist of qualified proponents who will be invited to respond to a request for proposals in early 2022.

The 7.8 kilometre Scarborough Subway Extension is being delivered in two large contracts: the SRS package and the advance tunnel contract. The tunnel contract was awarded on May 25, 2021 to Strabag.

The Scarborough Subway Extension is one of four priority transit projects announced by the Province in 2019 for the Greater Toronto and Hamilton Area. In May 2021, the Government of Canada announced funding for Ontario’s four transit priority projects in the Greater Toronto Area, including the Ontario Line, a three-stop Scarborough Subway Extension, the Yonge North Subway Extension and the Eglinton Crosstown West Extension. Planning is underway for all four subway projects and procurements for the subway program are being staged to ensure each project is delivered successfully.