According to Right at Home Realty Inc. (Right at Home), the pandemic-influenced exodus of Ontarians living in the region’s most dense urban areas to smaller cities may be overstated.

A survey of Ontarians conducted for Right at Home by Maru/Blue, found that while working from home has increased the desire for larger homes, only 18 per cent of those surveyed would sell to move out of a city to a smaller community. Meanwhile 69 per cent of Ontarians stated that the pandemic has had no impact on plans to move, while only three per cent stated that they are now planning to move as a direct result of the pandemic.

“While the work from home outcome of the pandemic is undoubtedly impacting the housing market, we believe calls for a significant exodus from larger city centres and drastic shifts in the urban housing dynamic during and post pandemic are overstated,” said John Lusink, President of Right at Home Realty. “The vast majority of Ontarians have no plans to move or change city locations as a result of these new dynamics.” 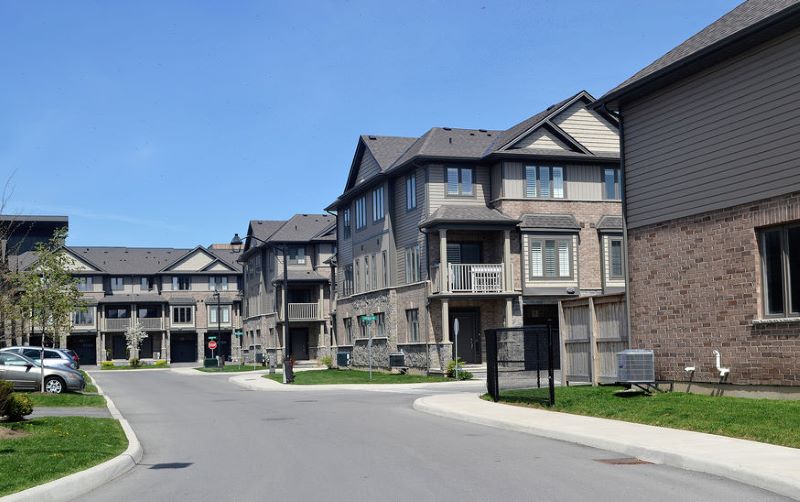 One in four homeowners looking to sell in the next 12 months, would consider moving to a different neighbourhood in the same city. In terms of moving further distances, a big factor appears to be concern about opportunities for career advancement, as 42 per cent of respondents worry that moving away from a larger center could hurt their opportunities for career growth.

“Career growth remains a priority for many professionals living in the city, as they fear not being able to find the same work opportunities in smaller urban areas in the province,” said Lusink. “New dynamics brought on by the COVID pandemic have homeowners juggling and reconsidering their priorities to find a better balance between work and life. On the flip side, more flexibility in work settings, schedules and openness to remote work have offered Ontarians a unique opportunity to take some time to decide where they want to settle and take a closer look at what their professional future may look like in their new hometown.”

As homebuyers look to the end of the pandemic and begin to consider what the future of work looks like, employer requirements will have an impact on housing and location choices. While nearly half (44 per cent) of respondents across Ontario (45 per cent in the GTA) who are currently working from home admit that in the last year they have considered moving out of the city to a smaller municipality/town, their ultimate courses of action will be closely tied to the post-pandemic future of work.

When asked if post pandemic their employer required them to work from the office a portion of the week (1-3 days per week), in practice 63 per cent of respondents across Ontario said they would be less willing to move further away. This proportion remains the same for the GTA specifically. However, if offered the option to work from home permanently, 55 per cent would consider moving out of their current city or location.

According to the survey, many Ontarians are seeking more space. Thirty-nine per cent of respondents who identified plans to sell in the next 2-3 years said it will be to buy a bigger house, compared to 33 per cent who stated intentions to downsize.

When asked to identify new home purchase priorities resulting from the COVID-19 pandemic and its impact on their lives, 26 per cent said they want more interior space, with the same percentage stating a desire for more exterior space on their property.

Meanwhile, additional priorities resulting from the pandemic included proximity to nature (38 per cent), more privacy (33 per cent) and proximity to family and friends (30 per cent). “The pandemic has awoken a renewed desire among many homeowners to focus on quality of life and experiences at home and what this means to them,” said Lusink. “Restrictions to so many everyday activities created by the pandemic have in particular highlighted the appeal of convenient access to green space.”

Homeowners plan to use existing home equity to purchase next property, while majority of Ontarians believe they may never be able to afford a home

The majority (51 per cent) of Ontarian homeowners who are planning to buy in the next two to three years will use equity from their current home to purchase their next home. Meanwhile, looking for a mortgage to finance their next purchase was preferred by 47 per cent of Ontarians, and tweaks to interest rates are not a part of their list of concerns, as 70 per cent of respondents confirmed a move of 150 basis points (1.5 per cent) or less, would have no impact on their purchase decision.

“Homeowners continue to see the value in home investment. Current low rates are making it easier for many homebuyers to consider getting on the property ladder,” added Lusink. “Our survey found that for two-thirds of Ontarians, the pandemic period has had no impact on their ability to save for a new home. However, for nearly a quarter of respondents, it has had a negative impact on their ability to save for a down payment, slowing the prospect of a new home for a large contingent of the population.”

Looking ahead, housing demand across Ontario is expected to remain robust, including from non-homeowners and first-time buyers. While the vast majority (70 per cent) of non-homeowner respondents have no immediate plans to purchase a home, a substantial portion does. According to the survey, nearly one in four (23 per cent) respondents who currently rent or live with family plan to purchase a home in the next two to three years. However, on the supply side of the equation, only 13 per cent of current homeowners in Ontario plans to sell in the next two to three years.