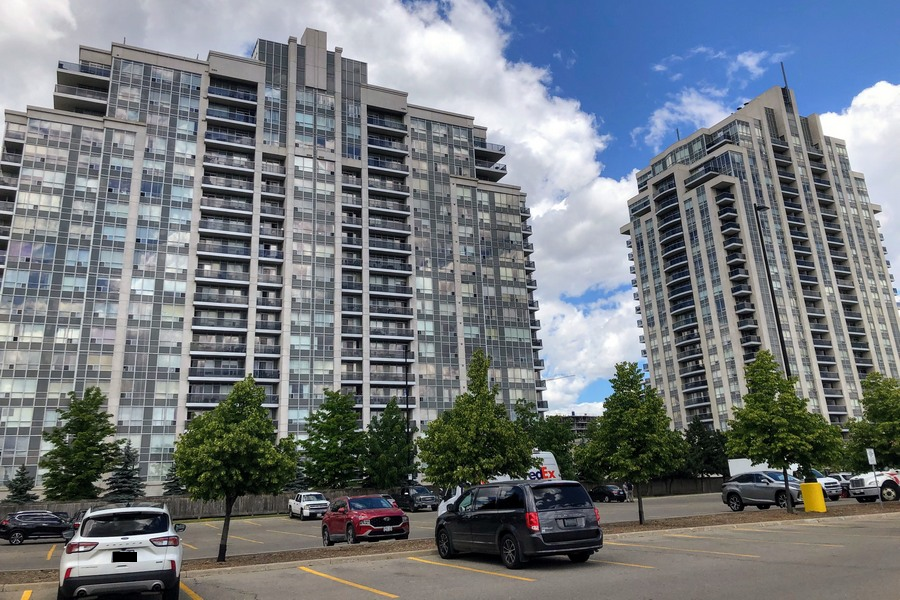 OTTAWA – Inflation in Canada finally appears to have peaked, but it nonetheless remains too high to dissuade the Bank of Canada from raising interest rates significantly in September, economists say.

The year-over-year inflation rate slowed to 7.6 per cent in July, Statistics Canada reported Tuesday, with the deceleration largely driven by a decline in gas prices even as prices for food, rent and travel continued to rise.

Economists had pointed to the nearly 40-year high of 8.1 per cent in June as the likely high water mark for the overall inflation rate, which had previously increased every month since June 2020.

In a further indication that price gains are slowing, the agency said July’s month-over-month increase was the smallest since December 2021.

Still, inflation is well above the Bank of Canada’s two per cent target.

Bank of Canada governor Tiff Macklem made that very point in an op-ed published by the National Post on Tuesday, saying inflation “remains far too high” and emphasizing the central bank’s role in bringing inflation down.

Macklem said he understands that higher interest rates add to Canadians’ financial challenges, but that raising borrowing costs is the best way to rein in the rising cost of living.

“It’s by raising borrowing costs in the short term that we will bring inflation down for the long term. This will ultimately be better for everyone because high inflation hurts us all. It eats away at our purchasing power and makes it difficult to plan our spending and saving decisions,” Macklem said.

But the cost of living is still too high.

Governor Macklem shares his insights on the steps we’re taking to cool the #economy and lower inflation in a new #OpEd published in the @nationalpost.https://t.co/XivmBSL3zD #cdnecon

The Bank of Canada is hoping that a series of interest rate hikes will dampen demand in the economy enough to slow the pace of price increases.

“You need the higher rates and the inflation to cause people to slow down their spending patterns, which, in fact hasn’t happened to that greater degree,” said TD chief economist Beata Caranci, noting that consumer spending in Canada rose at a faster pace than in the U.S. during the first half of the year.

Caranci said the central bank is paying closer attention to the core measures of inflation, which are less volatile than the headline number – and have remained relatively unchanged since June.

BOC’S GOV. MACKLEM: INFLATION WILL MOST CERTAINLY REMAIN EXCESSIVE FOR SOME TIME.

Economists are widely expecting the Bank of Canada to raise its key interest rate by three-quarters of a percentage point on Sept. 7.

Whatever the central bank is planning to do, University of Calgary economics professor Trevor Tombe said it’s unlikely that the latest inflation data will change its plans, noting there’s a lag between interest rate decisions and their impact on the economy.

“They’re not going to accelerate or decelerate their plans, just based on what we’re seeing in this report,” said Tombe. “It is important to remember, the monetary policy takes a long time to work its way through (the economy).”

The Statistics Canada report echoes the most recent inflation data out of the United States, which saw the rate of price increases drop to 8.5 per cent in July from 9.1 per cent the previous month – also due in large part to a drop in prices at the pump.

Americans are still absorbing bigger price increases than they have in decades, with rising prices for groceries, rental housing and medical care costs.

In Canada, although gas prices rose 35.6 per cent in July compared to a year earlier, that was down from a whopping 54.6 per cent increase in June. Still, Canadians are feeling the pinch from inflation as food costs were up 9.9 per cent compared with a year ago, the fastest pace since August 1981.

Tu Nguyen, an economist with accounting and consultancy firm RSM Canada, said the “pervasiveness” of inflation across the economy means there’s still a ways to go before pressure on Canadians’ finances eases substantially.

“It will be a while until households can breathe a sigh of relief. Wage growth continues to lag inflation, resulting in households losing purchasing power,” Nguyen said in a note.

Average hourly wages rose by 5.2 per cent in July compared with a year ago.

Statistics Canada said the downward pressure on prices at the pump was due to a combination of factors, including ongoing concerns related to a slowing global economy, increased COVID-19-related public health restrictions in China and slowing demand for gasoline in the United States.

Among food items that have gotten considerably more expensive, bakery goods are up 13.6 per cent since last year amid higher input costs as the Russian invasion of Ukraine continues to put upward pressure on wheat prices. The prices of other food products also rose faster, including eggs, which are up 15.8 per cent, and fresh fruit, up 11.7 per cent since last year.

As mortgage costs increase with higher interest rates, the report notes rent prices are accelerating, rising faster in July than the previous month.

With more Canadians travelling during the busy summer season, airfares rose by around 25 per cent in July compared with the previous month. Traveller accommodation prices rose by nearly 50 per cent since a year ago, with the largest price increases in Ontario.

With a lower pace of inflation clocking in at 7.6% in July compared to 8.1% the prior month, Bay Street weighs in with their hot takes and rate predictions for September.

The BoC governor follows evidence that #cdnecon inflation has peaked with a hawkish message that the fight is far from over, via @StephHughes95:

‘Our job is not done yet’: Tiff Macklem says Bank of Canada has more to do to tame inflation https://t.co/oth5RIOAop

Seems like a big balance but if you needed a down payment on a Rental…..

That payment is more than double

Before people start up with this is just doom scrolling, ask yourself: IS IT?

If we just believe they don’t lie when they have bad news my 3.75 Neutral Rate ain’t crazy

Bank of Canada 2021 vs 2022. This represents so many things affecting our global economic system. @SteveSaretsky @RichardDias_CFA pic.twitter.com/Jr7osn3VNb

You can read about the methodology here:https://t.co/FyO2lAbkUe

And follow this link for a comprehensive breakdown of cities and global comparisons:https://t.co/hlEx3bSOlz

This report by The Canadian Press was first published Aug. 16, 2022.