A northern Ontario town that offered generous incentives to potential newcomers in a bid to revitalize the community says its efforts were successful enough to merit a second round.

Officials in Smooth Rock Falls, Ont., recently launched a campaign to woo newcomers to the area and help rebuild a town that had been in a financial tailspin since the closure of a local pulp and paper mill.

As part of the campaign, the municipal government put 15 parcels of town land up for sale and offered prospective buyers rebates of up to 90 per cent, resulting in some lots being available for as little as $500.

Officials say hundreds of calls flooded in, some from as far afield as China and Australia, while a steady trickle of visitors also came to the community to see what it had to offer.

The town land got snapped up by a single developer within the first week, and government officials say private real estate sales are starting to increase thanks to newcomers who are taken with the area.

Officials say they’re so pleased with the success of the campaign that they’re putting another dozen parcels of town property up for sale by the end of the month.

Chief Administrative Officer Luc Denault said the mix of residential and commercial lots will be made available with the same generous incentives as the first batch, adding the move is expected to continue the positive momentum generated by the initial campaign.

“The outcome to date has been extremely positive and encouraging, not only for Smooth Rock Falls, but for people and businesses looking to establish themselves,” Denault said in a telephone interview. “It provides them an opportunity or hope, and for some the achievement of their dreams.” 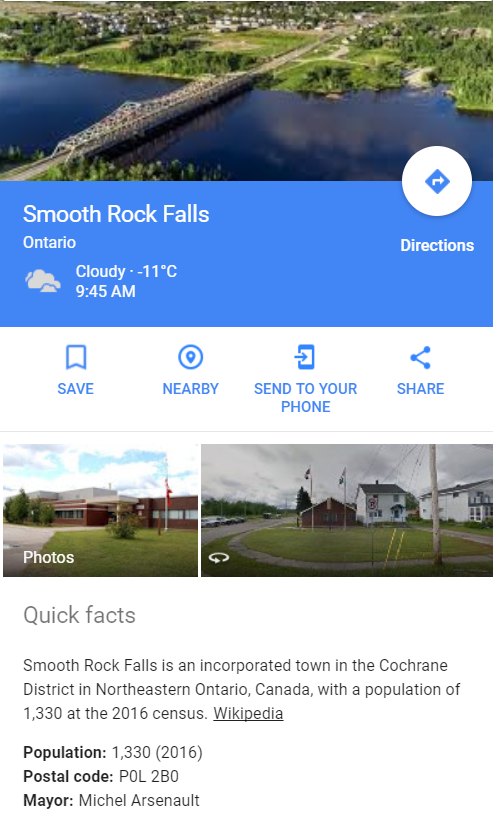 Officials in Smooth Rock Falls saw a revitalization effort as necessary as the town slowly declined in the wake of the closure of the area’s sole major employer.

People drifted away from the town after the Tembec pulp and paper mill shut up shop in 2006. A population of 2,400 at the time of the closure now stands at 1,330 according to a 2016 Statistics Canada census estimate, prompting a 40 per cent dip in town revenues.

In response to the declines, Smooth Rock Falls developed a 20-year strategic plan focused on reviving industry in the area. Denault said officials recognized that the plan wouldn’t come to fruition without new residents to breathe life into the community, prompting the town to actively pursue newcomers through a targeted campaign.

Branding itself “Near North, Near Perfect,” the town offered bold incentives to draw people to the community about 100 kilometres north of Timmins, Ont., on the Mattagami River. 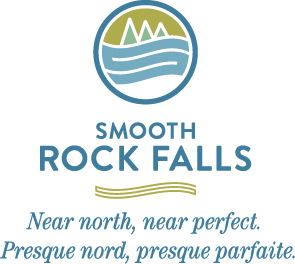 Would-be residents, for instance, had the chance to purchase land overlooking a nine-hole golf course for as low as $500, 90 per cent off its market value.

The town also offered tax breaks for new home- and business owners, up to $2,500 off building permits, and financial loans from the city for those who might need it.

Roman Bodnarchuk sensed opportunity as soon as he read about the town’s sales pitch and wasted no time travelling to the community to scope it out. 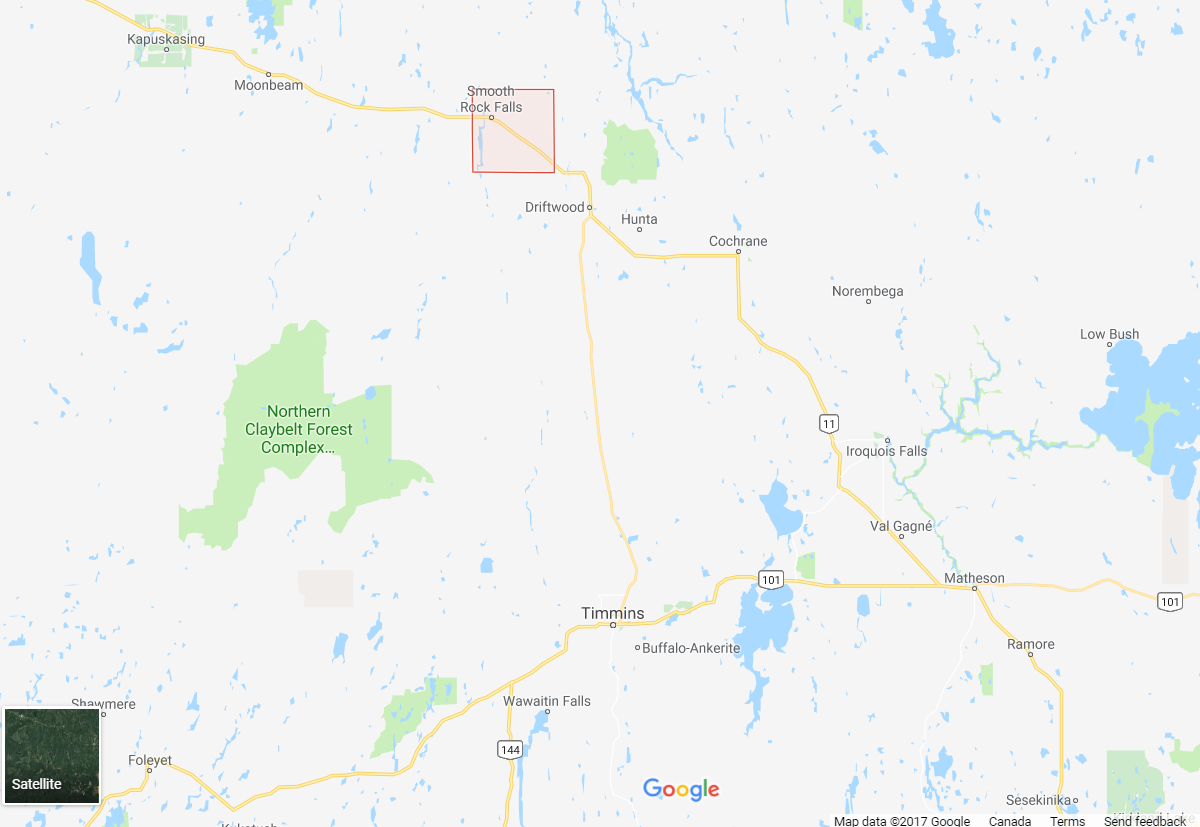 Within days of the lots going on sale, Bodnarchuk had snapped them all up. The vacant properties will soon boast new single-family houses that will be built on factory floors and installed in town by early may, he said.

Bodnarchuk said the new, modern homes are expected to sell for between $149,000 and $199,000, well above current list prices for other homes in the area.

Bodnarchuk said he hopes the new buildings will improve the town’s fortunes by attracting residents eager to flee a more expensive market. 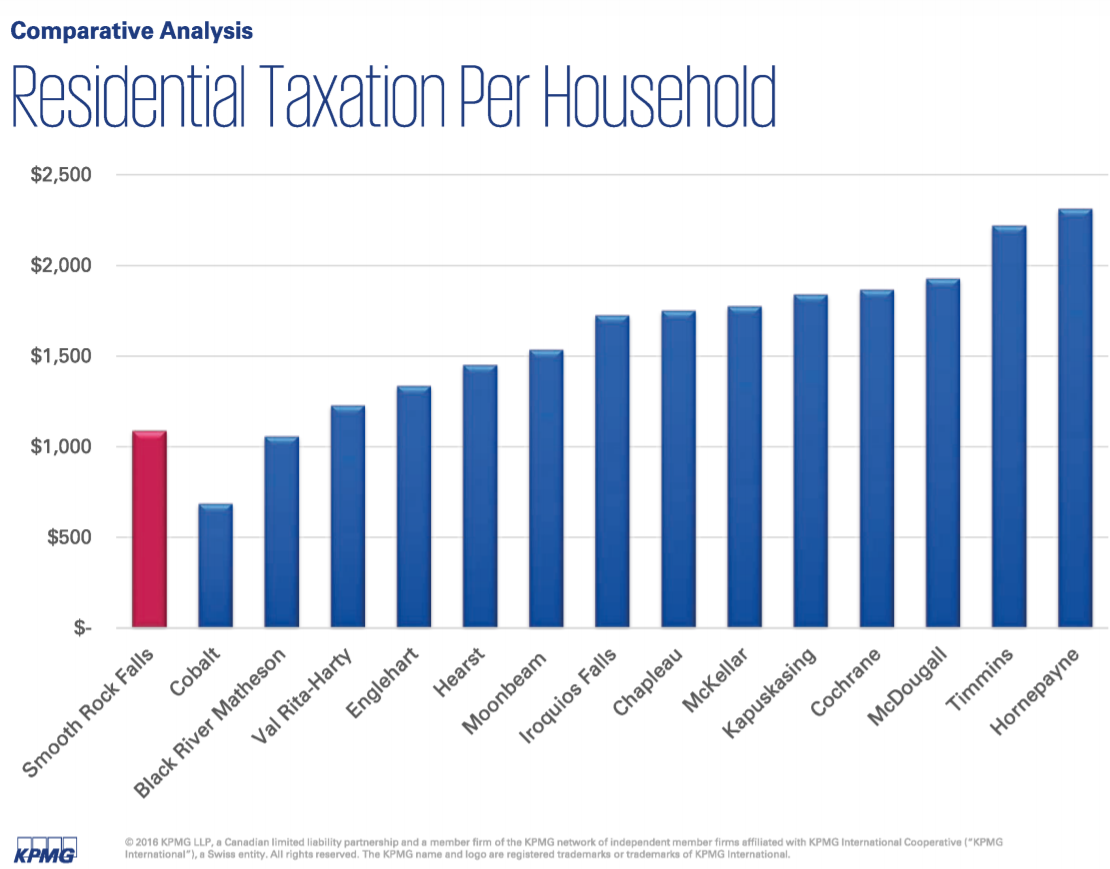 “You could live in this town at a cost of living that’s about a tenth of what we’re used to in Toronto, but yet … you still have the same quality of education and medical care,” he said, citing friendly residents, a scenic location and modern amenities such as hospitals and recreation centres as further draws. “You can live there, but you can live debt-free.”

Bodnarchuk said he’ll be in line to bid for the next batch of properties that go up for sale at the end of the month.

The presence of a developer does not compromise the town’s original vision for the campaign, Denault said, adding hundreds of people have now expressed interest Smooth Rock Falls and may become homeowners once Bodnarchuk’s work is done.

McGee said a wishlist for the town includes improvements to the arena, a second local restaurant and perhaps a small waterfront project. 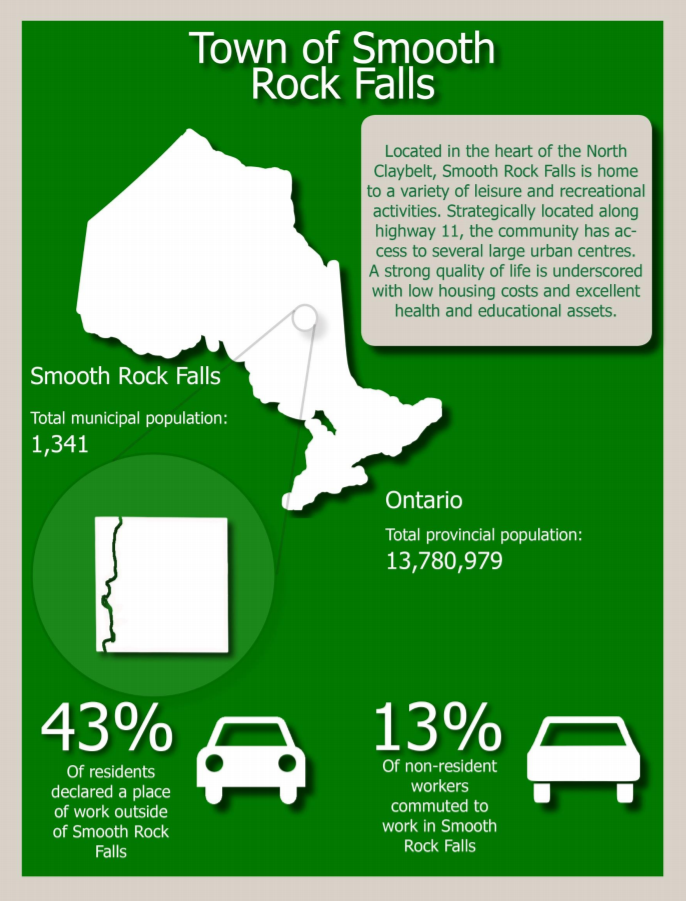 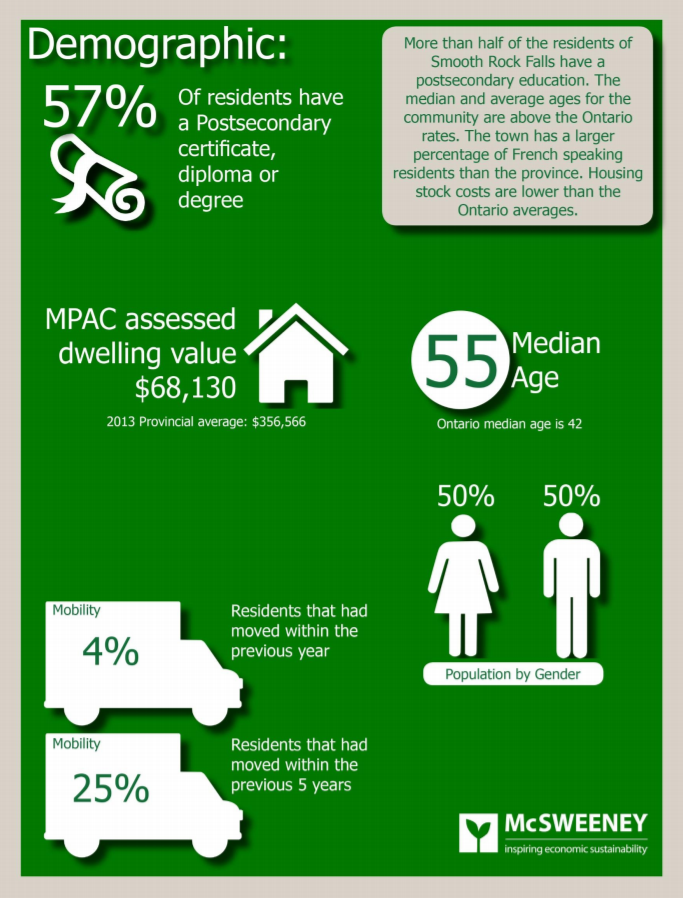 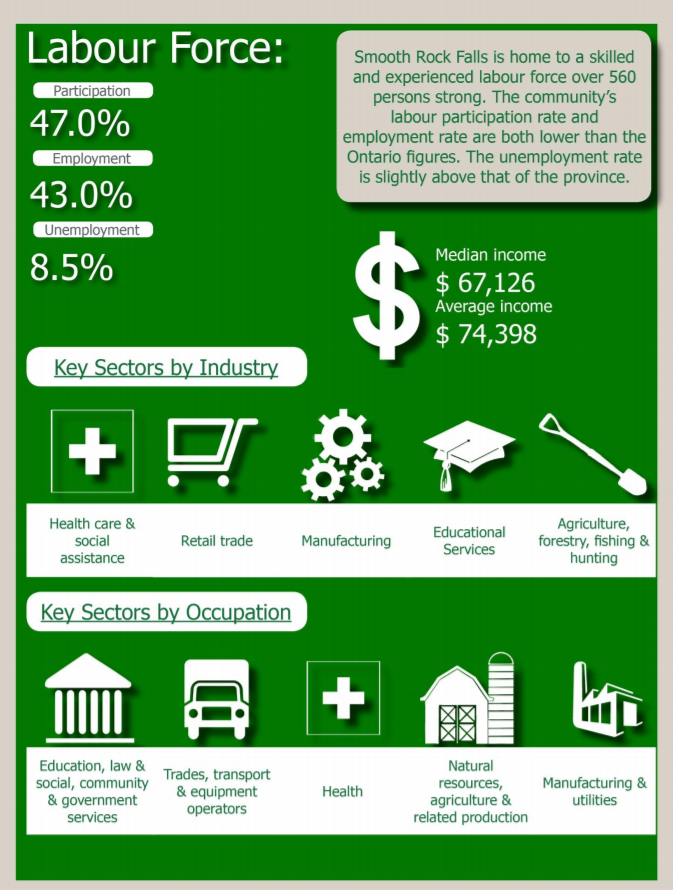