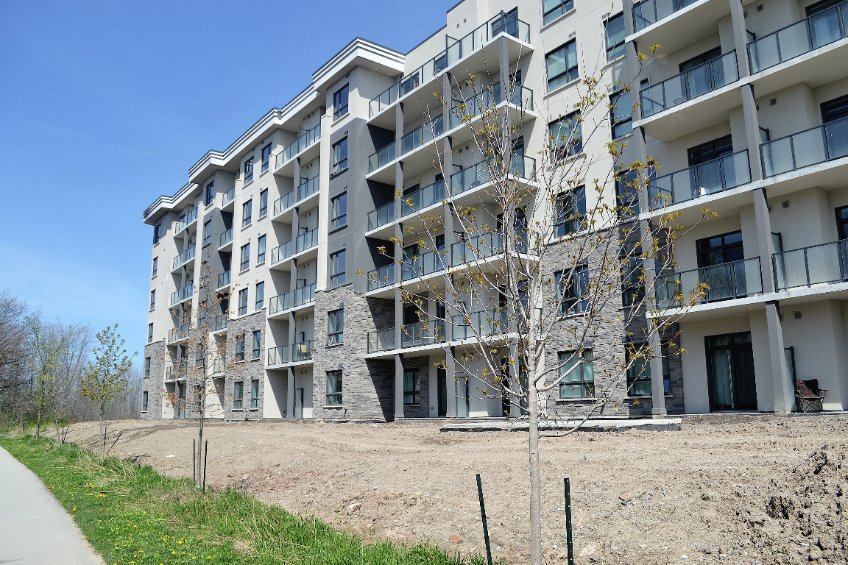 Ontario Premier Doug Ford said Monday he’s planning to expand so-called strong mayor powers to municipalities other than Toronto and Ottawa as a way to get more housing built.

Municipal Affairs and Housing Minister Steve Clark introduced the legislation last week that would give the mayors of Ontario’s two largest cities veto powers over bylaws that conflict with provincial priorities, such as building housing.

Speaking at the Association of Municipalities Ontario annual conference in Ottawa, Ford said the legislation will provide those mayors with additional tools to advance those provincial priorities.

“Building more homes is at the top of the list,” he said. “In the coming months, we’ll have more information on how these tools will be expanded to other municipalities so more municipal leaders like yourselves can help build Ontario.”

The legislation tabled last week would allow the mayors to override council approval of a bylaw, such as a zoning bylaw, that would hamper a set of provincial priorities that will be set out later in regulations.

Examples of priorities that government officials gave include the goal of building 1.5 million homes in 10 years and building critical infrastructure.

A council could override the mayor’s veto with a two-thirds majority vote.

The legislation would also give the mayors the responsibility for preparing and tabling their city’s budget, instead of council, appointing a chief administrative officer, and hiring and firing department heads, except for statutory appointments such as an auditor general, police chief or fire chief.

Toronto Mayor John Tory supports the idea, though the current, outgoing mayor of Ottawa doesn’t, and neither do two contenders to replace him.

The mayors of other large cities have expressed interest in such powers.

A report released Monday by the Smart Prosperity Institute, a University of Ottawa-based think tank, found that the housing needs of the Peel Region in the next 10 years will be higher than all other areas.

“When it comes to housing and other priorities, it misses the target by a country mile,” he said. “It won’t build a single home. It won’t solve the infrastructure deficit you all are facing. It won’t fund your transit systems and it won’t fund your public health units.”

So, the strong Mayor proposal grants the Mayor power to force Council to go along with the Province’s interests. Of course given that the City of Toronto is itself under provincial law, that means literally everything we do. Perhaps we change the title from “Mayor” to “Viceroy”.

Opposition from @iamdavidmiller and Toronto’s 4 other living ex-mayors to Ford’s strong-mayor system that is tied to provincial priorities puts them at odds current mayor @JohnTory, seeking re-election, who is not opposing it all. Tory’s statement last week: pic.twitter.com/07TWvusmS9

Short 🧵 on the strong mayor bill in Toronto. Emerging details via @BenSpurr make it seem more like it’s intended to turn the premier into Toronto’s mayor. However… https://t.co/VEOdrIZ9oN

For 20 years, Toronto has built more housing than most big North American cities – entirely because Ontario policy has forced it to. Without the OLT/OMB, Toronto would be considerably smaller. That is fact.

Coun. Matlow, and some other progressive leaders, have been saying for years that the city just needs more power to build more housing. This is nonsense and should be treated as such.

And this shouldn’t be ideological. In California, a Democratic governor is pushing hard to make San Francisco deliver more housing. https://t.co/uucLv42mtZ

This report by The Canadian Press was first published Aug. 15, 2022.