The latest INNvestment Canada Hotel Report by Colliers International Hotels reveals approximately $830 million of hotels transacted across the country in the first half of the year, with an average price per room of $140,300.

More than 70 per cent of year-to-date volume closed in the second quarter, boosted by the sale of Westin properties in Ottawa and Calgary to Barney River Investments.

The acquisition of a seven-property Jasper Resort Portfolio in Alberta by Viad Corporation also accounted for the 70 per cent year-to-date volume close by way of a 60 per cent interest.

A mix of domestic groups representing 83 per cent of year-to-date buy-side volume continue to dominant acquirers in the market, with the balance from U.S., Korean and Middle Eastern capital sources. 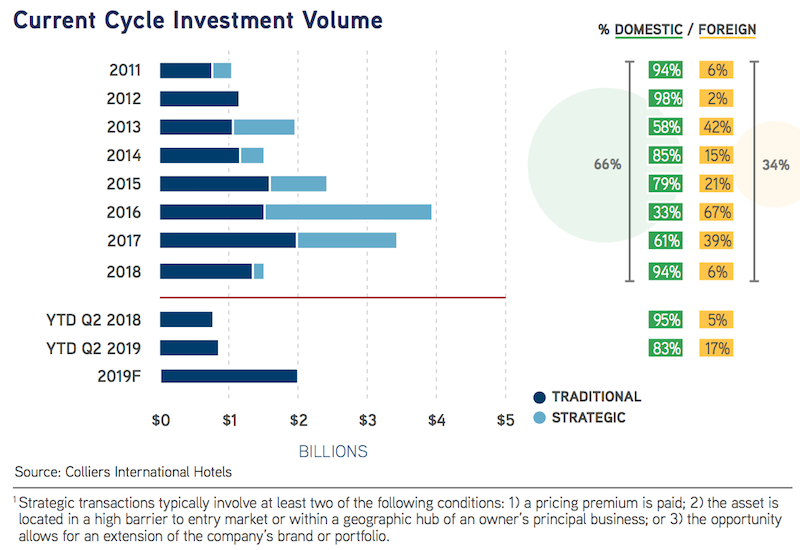 Mid-year transaction volume was tilted with 53 per cent occurring in the east and the west garnering a 39 per cent premium on average price per key.

Alberta overtook Ontario as the top province for hotel investment volume, according to the report, boosted by the sales of The Westin Calgary and the Jasper Resort Portfolio.

The report further state that Ontario continues to be the most active for hotel investment by number of deals with notable activity in Ottawa, Northern Ontario and Niagara Falls.

Nearly 60 per cent of transaction volume was located in secondary and tertiary markets ($471 million). 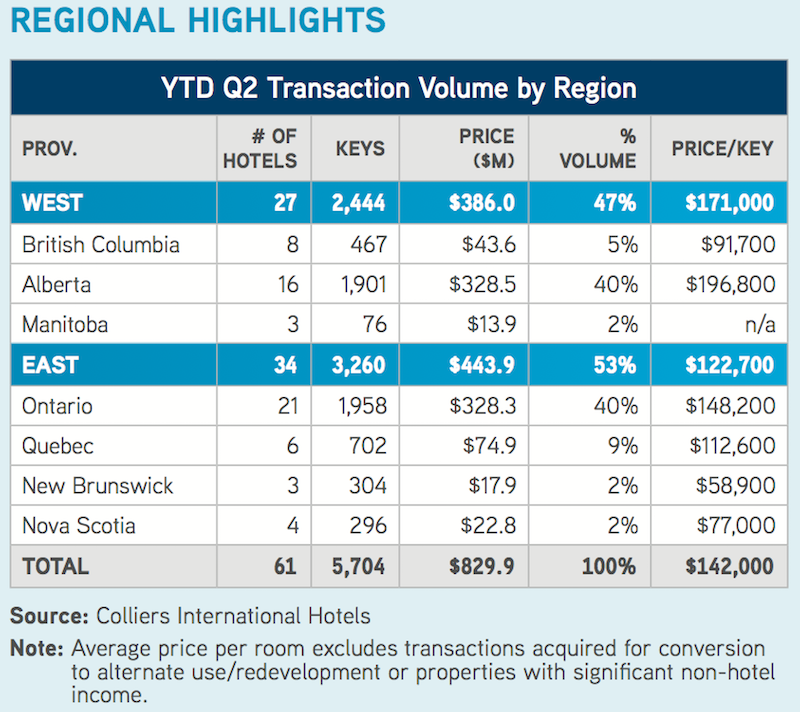 Real Estate Companies represented 39 per cent of first half volume ($320 million) as they continued to focus on larger acquisitions in major metropolitan areas.

The climate was ideal for Private Investors who acquired nearly a quarter of first half volume with an average deal size of $5.5 million. 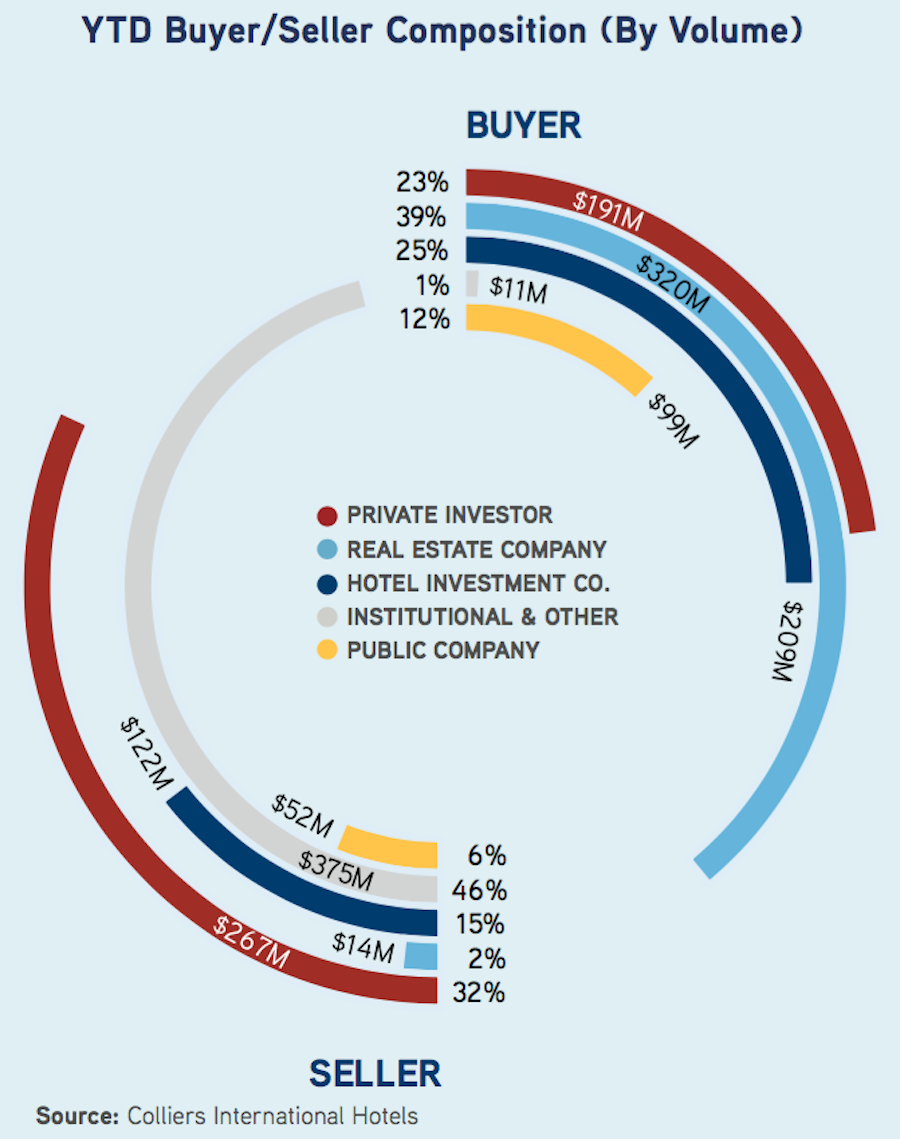